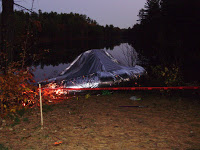 Just wanted to share some pictures from J’s Haunted House that his Rec Dept. hosted for the town last Sunday. This is one of his BIG events. When I say more » 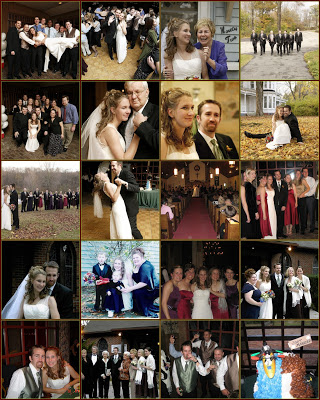 The saying is true. Time flies when you’re having fun! So two years ago, we had not just one wedding, but two celebrations! The first and bigger one was in more »

Hallmark4Ever’s baby finally decided to make HIS appearance. That’s right, she had a boy (Shadow, you were dead on with your prediction). Robert ThomasOct. 24 at 6:49pm (only 6 days more »

… your friends and family members start calling you for medical advice. … someone gets a really confused look on their face when you tell them what you do for more »

J and I went to a Halloween Ball this weekend at our dance studio (yes, we are still taking some dance lessons). The theme was “goth.” Can you tell? Our more » 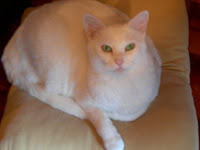 I have some crazy owners. One came home, the other left. I don’t know what to make of it. They’re always in and out! Well, out more than they’re in, more »

The next few weeks will be dotted with nothing but business trips for both J and I. Tomorrow I head to the great city of Boston (that was meant to more »

Oooh, that rhymed. Well anyways, J’s childhood friend, theBuddha, had a baby yesterday. On J’s bday (remember?). We’re still in shock by this, but, his friend and girlfriend decided to more » 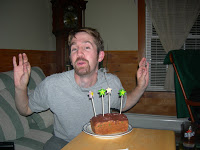 ***total cheese warning. Stop reading if you don’t do mushy.***Today is a big day. Today is J’s 32nd anniversary of his birthday. I can never really match his birthday planning more » 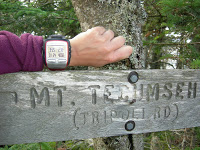 We became leaf peepers this weekend, the term New Englanders use for those who swarm to the Northeast during the fall. We hiked Mt. Tecumseh in Waterville Valley, the lowest more »

My favorite question of last night’s debate was when the moderator asked (paraphrased), “So, both of you are just a heartbeat away from the presidency. If that were to happen, more »

CareerBuilder.com released its list of the most unusual jobs in 2008. Here are some that made me go hmmm. Cat nannyDonkey trainerKitty litter box decoratorNuclear electrician on a submarineParachute testerRomance more »