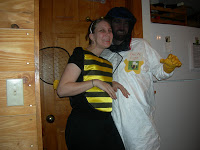 So I told you we had another dance on Saturday night. The theme was something along the lines of got cabin fever, think spring. Our thoughts led us to the more »

I went to Boston today to take another medical writing class toward my certification. I know, such a fun thing to do on a beautiful spring Saturday. But it’s worth more » 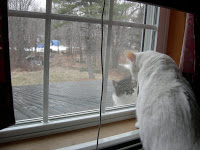 I have a window in my office that faces our awesome backyard. Fairly often, our landlord’s cats (and other neighborhood cats) sit outside my window on our porch roof. Mind more »

This is not a shameless plea or effort to persuade, because that’s just not me. Frankly, I’m more of a follower than a leader. But, I thought I’d tell you more »

Most of J’s teenage years were spent in the hospital. He was a sickly boy and he’s been jabbed with needles (legally) in spots you wouldn’t even think of. Don’t more »

My sister just called me to tell me she was violated. She is a speech pathologist and spends most of her days on the road traveling from client to client. more »

Hi, Unless you are calling my husband to talk about bracketology, or how the Huskies beat the Huskies, he will be unavailable. At least for the next few weeks. As more »

I do have some Irish in me, but I don’t like corned beef. Which is why we had pork chops, baked potato and beets for dinner last night. But, our more »

I know some people got our relief phone call or text, but for everyone else, J’s job is safe for another year! And actually, it was a lot of worry more »

Crap. My least favorite time of year. And if you don’t live in NH, or wherever else they have this unique form of government, you wouldn’t even know it’s Town more » 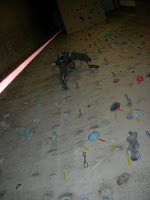 As if we didn’t spend enough money this weekend out at our pub crawl, J and I decided to do something different Tuesday night. We’ve been trying to go more more » 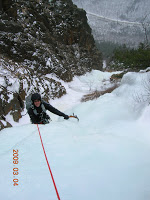 Bolt made it home safely from his ice climbing expedition.So after one visitor left, two more came. Last March, we visited AlwaysGame in the Boston area and did a pub more »

On our drive home from the Great North Monday, I spotted a moose, but I’m not satisfied yet. I am on the lookout all the time. It is my goal more »

Our dance studio hosted another theme party (they do it every month), so it has just been “our thing” to try to come up with crazy costumes. I think we more »