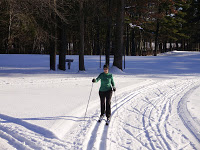 This is our soccer record for the first winter session, which ended last night. I couldn’t be prouder! We’ve been playing with the same team for over a year now more » 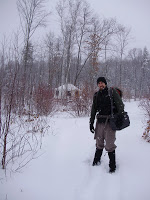 A few weeks ago, I claimed J had the coolest job in the world because he got to go to conferences at ski lodges and win free hut stays. But more »

I just realized that not only did 2009 hand off the torch to 2010, but that also means another decade is gone! I decided to be silly and do a more »

Not that we were going for a record or anything, but J and I saw no movies at the theater in 2009. In fact, the last movie we saw in more » 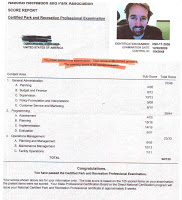 Last week, J passed a test and became a certified recreation director.Not sure what that really means, but he studied really hard for the test. It seems being “certified” in more »

Has anyone jumped on the Zumba bandwagon? As usual, I’m late. My kickboxing instructor convinced me to give it a try. As uncoordinated as I am, I’ve been doing okay more » 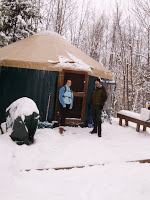 This is a yurt. This is the most luxurious form of camping we have ever done. But it works well for winter camping and we are hooked. Our families were more »