I just realized that not only did 2009 hand off the torch to 2010, but that also means another decade is gone! I decided to be silly and do a review of the last decade, complete with pictures. And then it practically took me the whole new decade to gather the pictures and upload and format. So I hope you are excited and screaming OMG UNICORNS in anticipation.

2000
I graduated college and moved to Arizona to live with 5 strangers and do some volunteer work for a year. Just like Real World, only Jesus style. I cannot even begin to tell you the transformation I made this year. A wonderful year of self-discovery! 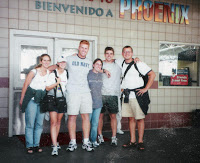 2001
After finishing off my volunteer year, I wasn’t ready to leave AZ, so I broke my mom’s (ShortonCoffee) heart and stayed there. I moved in with SmokinHot and didn’t have a penny to my name. I still traveled as much as I could on those missing pennies. Oh, in July, I also got lost in the Grand Canyon. Can’t forget that!!! 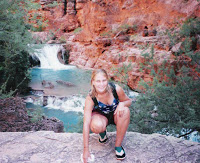 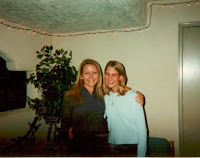 2002
Still in Arizona and still broke, I moved into an apartment by myself! That was a big adventure for me. My first nephew (and godson) was born in CT! I ran my first 1/2 marathon in San Diego! I traveled of course, including taking a Caribbean cruise with some of my college cronies. I also got my current job as a medical writer. I was just happy to be writing something, anything, for money. But the job turned out to be the best move for me. And ready … wait for it. I met the LOVE OF MY LIFE. In the summer, J moved to AZ from NJ (where we didn’t know each other despite both living nearby for many years). He was attending grad school and we met at an adult hiking club. He stood up and introduced himself and after I wiped the drool from my chin, I introduced myself as a fellow Jersey native. He was totally turned off. Just kidding. He did not see me as a Jersey girl and the rest is history, as we officially became a couple in October. J & I spent much of our time together exploring the Southwest. This goes down as one of my favorite years. I loved being 24!!! 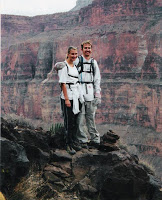 2003
J moved into my tiny apartment, despite ShortonCoffee’s threat to disown me. But he also left me for 6 months to do research and write his master’s thesis in the backwoods of Alaska. I cried for 6 months straight. Mind you, I wanted to marry him on our second date. I did use it as an excuse to get up to Alaska and took ShortonCoffee on the trip with me. To keep myself busy, I had a lot of visitors and traveled a ton, including internationally (Copanhagen) for the first time for work with BFFcoworker. J returned at the end of the year, defended his thesis and graduated!

2004
I ran another 1/2 marathon in Phoenix! J & I inherited a cat from my co-worker—Fat Bastard (he was 26 lbs). UConn went to the finals (and won!) and J caught some Sweet 16 and Great 8 games in Phoenix. J searched for a job and we took that opportunity to drive across the country twice and see some sights. After moving back in with family on the East coast temporarily, J scored a job in Danville, VA! So we headed South and discovered moonshine and sweet tea together. We also adopted Mr. McKinley, since Fat Bastard didn’t make it across the country (don’t worry, we didn’t euthanize him; he was adopted in Chicago). I also traveled to Berlin with BFFCoworker for a conference! 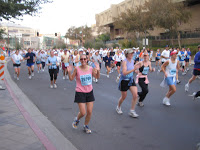 2005
Probably the biggest news, J proposed to me on our trip to Havasupai Canyon! (I did not get lost this time). But equally big news, J & I bought our first house in September, or should I say 4 walls and missing a roof structure. We spent the remainder of the year working on our house day and night and also planning our wedding. We traveled a lot that year before the house and engagement, including to Yosemite NP. I also traveled to Austria with BFFcoworker (of course for work again)! I completed my first duathlon/biathlon! My niece (and J’s goddaughter) was born in October! 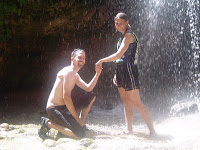 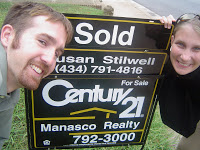 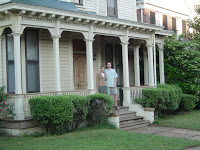 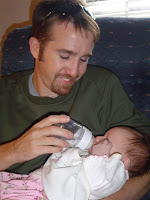 J and I explored the Southeast as much as possible, including Great Smoky NP. Alaska called J to come back and he left me (again) for the 6 months leading up to our wedding. I survived much better this time because, well, I knew in my heart he was mine. Plus, I was sent to another overseas conference for work (Amsterdam) and that made him insanely jealous. Double plus, his company gave us a free cruise around the inside passage of Alaska (estimated value, $10,000) at the end of his season and you can’t beat that. We got married! Twice! Once at a big wedding in NJ in October, followed by a smaller wedding in AZ in November. We spent a week in AZ as our “honeymoon” and played tourist. 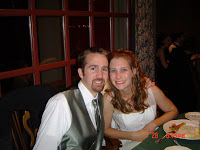 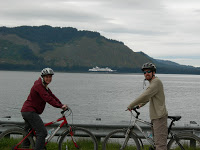 J lost his job at the beginning of the year, but we made the best of it and J spent his time sharpening his construction skills. At least we lived in Danville where you can basically get by on nickels. Plus, J & I made really good friends in Danville and busied ourselves by rock climbing, kayaking and shooting guns. J also ran his first 5K! By July—right when we finally finished all our house projects—J scored a job up in NH. We moved, leaving our house behind to get broken into shortly after we left town. Ehh, no worries. It wouldn’t be the first time. Once settled in NH, we bought kayaks to celebrate living in such an outdoor-friendly place and hit the rivers immediately. I also got my new eyes! 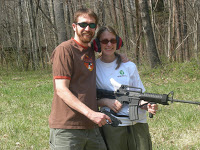 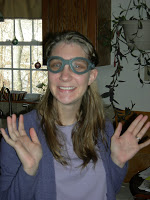 2008
Our first winter in NH gave us 120 inches of snowfall, a record-setter for them. We learned to XC ski and attempted (failed) making an igloo. I started this blog! Apparently NH is cooler than any of the other places we lived because we had visitors nonstop during the summer. We also spent every moment we could exploring the outdoor wonderland found in New England, including up in Acadia NP. We almost got hit by lightening up on Mt. Washington. J had his first baby. Gotcha! But Buddha did have a baby on J’s birthday. 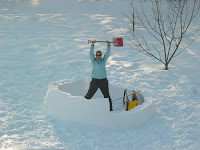 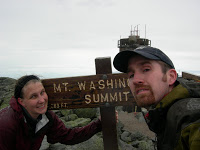 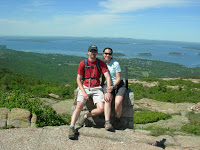 2009
Not as much snow, still lots of summer visitors, lots of local travel for us (continuing our goal of hitting all the high point summits including Mt. Katahdin!!), lots of dancing, lots of concerts and an overall zest for trying new things (yurts!!!!!!). J had another baby, err, I mean PanicMan and theMakeupArtist had a baby on J’s birthday.

I’m excited about Twenty-Ten. It should be pretty quiet, but we’re always preparing for our big AT thru hike, hopefully in the near future. I’m sure we’ll have many adventures and many visitors, as usual. You’ll just have to stay tuned. Oh, and make sure someone gets pregnant this month so that another baby can be born on J’s bday!

5 responses to “Decade in Review”