With 7 weeks until trail time, we are up to our eyeballs in gear for the trail. Buying, sorting and packing. We already owned enough gear to open our own little shop, but of course, we bought more toys for the trail. We got a number of gift cards to REI for Christmas and beyond, so it was fun to shop! We even paid full price for a few items!!! That’s so unlike us. 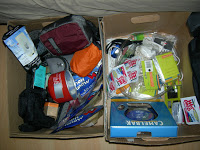 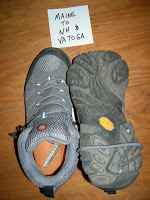 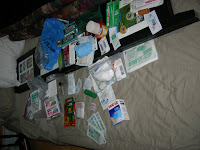 Our biggest purchase was a new tent. We have owned and used the Eureka Zeus 2P backpacking tent since 2004ish. J probably used it over 75 times in Alaska alone. As much as this tent has been stellar, it was time to upgrade. The main factors were weight and having 2 doors/vestibules. We were torn between Big Agnes Copper Spur 2P and Nemo Obi 2P, but Nemo ultimately made it easy for us because they never released the tent in stores near us (even though their manufacturing site is in Nashua), so we couldn’t set it up and compare it next to the Copper Spur.

We are now proud owners of the Copper Spur. So I present to you, our home for the next 6 months: 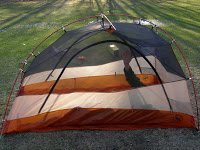 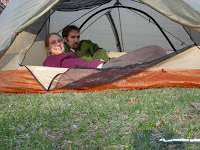 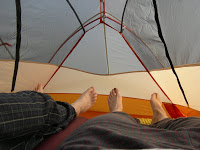 If the gear hasn’t taken over our home, then the food supplies are trying. We have been buying our backpacker meals, snacks and lunches little by little, to soften the blow of spending so much at one time. Anyways, the other day at soccer, a friend mentioned he might have some “extra” meals lying around. The next day, he gave us 50 backpacker meals! Does anyone know how to say thank you in every language? Because that’s the kind of thanks we owe this guy. 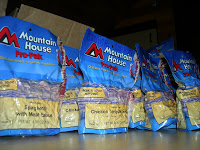 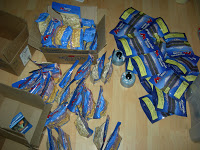 If that’s not enough, he also gave us a Jetboil stove, a few fuel canisters and some other extras. The stove we planned to bring was the Optimus Crux stove. It’s the stove we’ve had since 2004ish and love and cherish. But after trying the Jetboil, we are changed people.

A million thanks to all our “trail angels” who either gave us gift cards or hooked us up with gear, discounts and advice. It all makes the journey that much easier.

One response to “Gear, Gear and More Gear!”