Valley of the SUN

Published May 25th, 2011 under Weddings - no responses

We spent 4 days in Phoenix. It was certainly nice to see the sun, since NH has apparently strayed far, far, far from the center of the solar system. Here’s how I know we are lacking in our vitamin D.

Homeless Man in the Park says to J: Brother, you need to get some sun.
Then looks at me and says: You two sure need to get out of the house more often.

Regardless, I tend to forget how hot Phoenix is. Call it old age. Or blocking out that memory. But it was hot the whole time we were there.

Day 1 – Thursday
We ate In-N-Out Burger at 10am. This was 2 hours before our lunch date with a friend at a Mexican restaurant. Don’t judge. We were on EST still and hungry for lunch … By the way, if anyone can figure out how to send us In-N-Out Burger on the trail, we will pay you $1 million.

We then spent the afternoon with this awesome surrogate mom and dad from Phoenix. I sure wish I could see them more often. 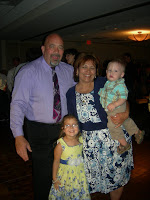 In the evening, I attended the wildest bachelorette party eveh, while J went to a bball game with the boys. The girls painted pottery tiles for the bride-to-be. I am thankful I didn’t have a hangover the night. 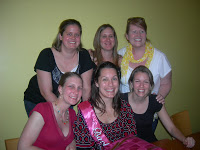 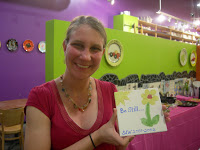 Oh and it was hot that day.

Day 2 – Friday
When we planned our trip out to Phoenix for this wedding, we included a plan to hike Humphrey’s, the tallest peak in AZ (12,600 ft). I think it would have been successful if the mountain didn’t get an unexpected foot of snow the day before! 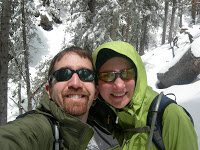 Without snowshoes, we could only make it halfway. There were all sorts of blowdowns and the trail got tricky when the snow went up to our knees. So strange that it’s 30 degrees up there, but 90 degrees 2 hours away in Phoenix. 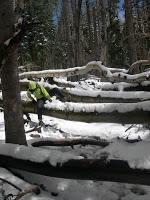 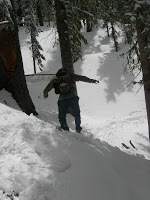 In any case, I am very bummed not to reach the top. This is my third attempt! The first time, I got a wicked headache and turned back not .5 miles from the top. I was young and not ambitious enough. The second time I was with J, but we had tried to hike after getting up at 3am and hiking 10 miles up Havasupi Canyon. Old and stupid, I suppose. I thought three’s a charm, but I guess not.

We rewarded ourselves that evening with more In-N-Out.

Day 3 – Saturday
This day was jam-packed (and it was hot), beginning with an early morning surprise baby shower for this preggolicious couple. 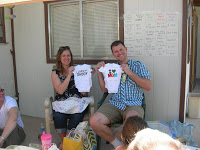 We played baby shower games that involved smelling diapers and guessing the source, as well as identifying nursery rhymes. J & I failed miserably, proving further that we should not be parents. 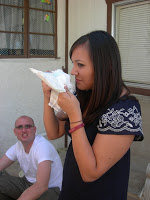 The peer-pressure-induced hair incident occurred after everyone left to get ready for the wedding later that afternoon. 20 INCHES PEOPLE. My friend cut off 20 INCHES OF HAIR. I actually LOVE my new haircut, but the main reason I love it is it will be easier to search for ticks every night on the trail! 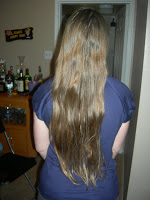 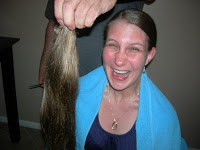 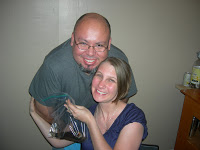 I’ve donated the hair to Pantene Beautiful Lengths and amazingly enough, you need 6 hair donations or so to make one wig!

Later in the day, we attended the wedding for this lovely couple. 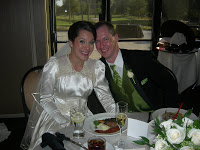 PS-Miss Sunshine wore a dress that was 70 years old and worn by her grandmother, mother, aunt, cat, etc. What a neat tradition, except I couldn’t appreciate it as much since I was sweating just looking at her in the long-sleeved dress as the temps rose above 90 degrees. 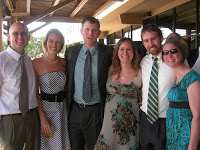 We recovered from the wedding and just mainly hung out with the same people we had been hanging out with for days. I couldn’t go to Phoenix without eating at Los Olivos, my all-time favorite Mexican restaurant, so we met my old work friends there that evening.

We took a red-eye home that night. I am trying to prove my youth by taking a red-eye. Except that I immediately had to take a power nap when we got home Monday morning. A younger version of me would have rocked the day like it was any other.

Now that we are back in NH, it’s back to packing, which is 70 percent done. Oh and we have to clean up Mr. McKinley’s piles of vomit every 5 minutes because he is NOT AT ALL PLEASED WITH ALL THE PACKING AND MOVING. We got your message loud and clear Mr. McKinley. But too bad. Just man up.