Let me first give you an education about the huts in CO. Back during WWII, the 10th Mountain Division of the U.S. Army trained in central CO to prepare for winter warfare and harsh alpine conditions. They did not have the luxury to sleep indoors during all of their training, but in 1980, a 10th Mountain veteran and other volunteers decided to build huts in honor of the army division and model the huts after those found in Europe along mountain routes. Now, the 10th Mountain Division Hut Association is a full-on nonprofit and has 30 backcountry huts and a yurt in the mountains between Aspen, Leadville and Vail. The huts are connected by 300 miles of U.S. Forest Service roads and are generally 6-8 miles apart.

Now that we got that history lesson out of the way and I set the scene, let me recount our experience skiing to Carl’s Cabin/Polar Star Inn on the west side of New York Mountain. I take no credit for the pictures in this post … they are from DocDoc and Slap (not that you know who those people are). 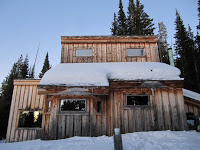 The trip was organized by SILAdventure/Jamie and her crazy friends. They do these hut trips all the time and have been after us to join them. This was our year.

So on Friday, we drove to the trailhead (9,060 feet) and made our way 6.3 miles up to 11,040 miles. Let me tell you folks, this is NOT for the weary. Our packs were heavier than they ever had been on the AT with winter gear and heartier food items, plus you are on SKIS … how’s that for balance training? Cross-country skiing has never been my strong suit, as I just picked up the sport 4 years ago! Oh don’t forget the fact that we are flatlanders … we don’t live and breath at 5,000 feet like SILAdventure and friends! 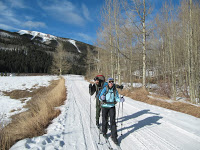 But this is the stuff adventures are made of: traversing wide-open wilderness with heavy packs in cold weather. The Colorado mountains are very, very big and make you feel very, very small. It’s a great feeling.

And even with all our handicaps, we can now say we did a hut trip and it was fun (plus I didn’t die of pulmonary edema or in an avalanche, like I thought I would). I definitely did better on the way up than the way down. No, I didn’t fall millions of times, like you are thinking. I was going toooooo slooooow to fall. Seriously, I was going at a snail’s pace for fear of tearing an ACL or something. Steadee was not so steady on her skis. As for Deal, he was a rockstar. 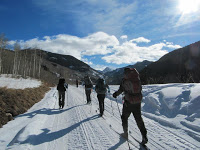 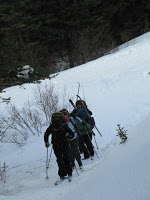 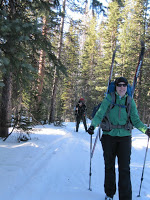 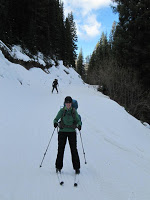 The hut itself was awesome. Carl’s Cabin was built in 1993. None of the huts have electricity or running water, but have a wood-burning stove and propane-powered stove and lights. We were there for 2 nights and during the day, we mainly just lounged around, played games, read and ate delicious food. Some of us (Deal & SILAdventure) napped. Others (me & DocDoc) did not make it to midnight for New Year’s Eve, but we celebrated according to Eastern Standard Time. Good enough for me. 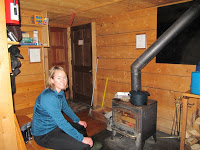 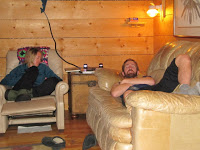 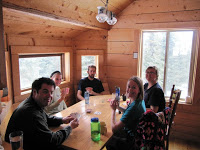 Since the hutastic New Year’s trip, we have been enjoying the rest of CO. Deal, of course, has already attended 2 bluegrass concerts. And I finally got to check out Boulder, a place I’ve heard so much about. We got together with more of SILAdventure’s friends (she has A LOT of friends) and went for a hike, then downed some good grub. 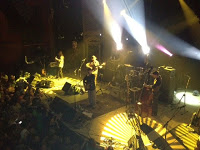 And now, we will be spending the next 2 weeks at DocDoc’s cabin, where we spent last Christmas. Just the sky, the mountains and us … pure heaven. 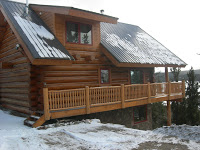