Published September 27th, 2012 under Concerts  Road Trips  VA House - one response
This weekend was eventful, very eventful. We left the confines of the
hostel (I am going to call it BD from now on, so remember that) with a
few tasks.

We took another step in our 7-year love-hate relationship with our house
in Danville. Love-hate because we were so lucky to have the same
awesome tenant for the past 2 years and loved it. Hate because when it
sits empty, it gets broken into 9 million times and costs us a fortune.
Said tenant moved out this weekend=house is empty. We are waiting to get
the phone call from ADT. Any minute now. Regardless, we are at a
crossroads. Do we try to rent it again? Do we try to sell it again?
Historic Danville is not looking bright these days. There are 140 houses
in a 7-block radius; 130 are empty. Thumbs down.

Danville wasn’t just packing and cleaning of the house. We saw a few
friends, including the Great American Family (GAF). The parental units
of the GAF were celebrating their 25th wedding anniversary. I don’t
think there is anyone in the world more in love than these two after 25
years. They seriously act like they are still newlyweds (we’ve probably
told a few stories about these two related to their love … ) And even
though I like to bust their chops about their lovingness, I hope Deal
& I are just like them at 25 years. Thumbs up.

Next up, DC. When we moved to northern VA, Deal immediately looked at
the concert schedule for the area. Madonna was on the list. And guess
what? I actually wanted to see her in concert. His wife wanting to be a
concert buddy couldn’t please Deal more. Even when it’s Madonna. But
hey, at 54 years old, she’s a classic. We missed the boat on Michael
Jackson, and we didn’t want to make same mistake twice.

So we bought the extremely expensive nosebleed tickets back in March–when we were
both gainfully employed mind you–and waited for the day. We stayed
with Mouth/Chris and NHBound/Kayt the night of the Madonna concert and
they even held our hands and transported us via Metro into the big bad
city for the concert. Nothing could have really prepared us for the
show. It was a mix between a concert, a Broadway show and Cirque du
Soleil. A complete and udder spectacle. For 54 years old, she moves like
no other. Madonna changed clothes at least 10 times, danced and sang on a Tetris-style stage and had an obscene
number of backup dancers. I believe I had an out-of-body experience,
actually. She played a few oldies, but mostly her new stuff, which is a
lot of techno dance type of music. Truth be told, I was transported back
to my 20s and my club-hopping days. I’m not sure Deal wants to ever go
to a concert with me again. 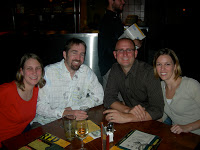 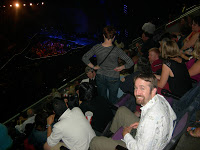 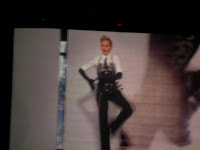 Post-concert, we visited with a fellow Danvillian, turned Washingtonian,
and he gave us an underground tour of the Capitol building. We are
probably the two worst people to be touring D.C., as we know nearly
nothing about politics, but thoroughly enjoyed our behind-the-scenes
look at how things run up on the Hill. I learned a lot. Next time, we’ll
take the public tour and snicker when we see the secret entrances and
whatnot. 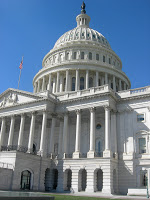 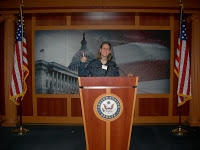 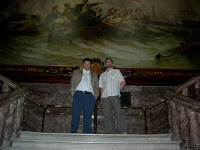 And that, my friends, is how we spent a weekend away from BD.