You are here:
Our kindred spirits visited us. Yes, we have our very own kindred spirits, another couple who spends as much time outdoors and reuses foil & saran wrap just like we do. Unfortunately, they live all the way up in NH, so we don’t see each other very often. 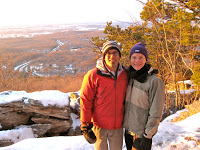 Any visit with Paul/Second Nature and Kristen/Gr8ful means we are hitting our max cardio output and there was no exception this time around. They brought Insanity NOW (FYI, the very popular workout program may be called “Insanity” by the general public, but we decided to rename it Insanity NOW, so take note of this change in name for referencing on this blog). Anyway, Second Nature and Gr8ful told us in advance they planned to whip us in good shape to conquer Rainier and Insanity NOW should do just that!

Their visit wasn’t all work and NO play though.
They brought their snow from New Hampshire, so it made for perfectly cozy days/nights in our castle in the woods. Food was prepped by Team Steadee and Gr8ful, while Team Second Nature and Deal stoked the fire. If you’ve eaten my pizzas and enjoyed them, you can thank Gr8ful. She was my teacher back in 2009!! Over the week, a number of board games were played and won by Deal. Some things in life are just not fair and this is one of them. We even whipped out some new games that Deal never played and he STILL won. 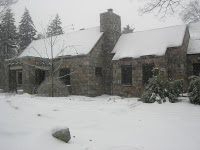 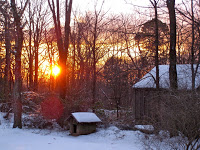 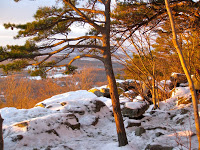 We made it over to Harper’s Ferry where Second Nature got to dust off the thru hiker books from 1998 at the Appalachian Trail Conservancy and see his photo of when he hiked thru. 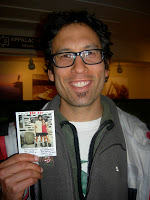 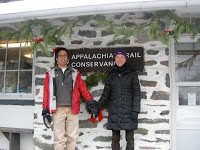 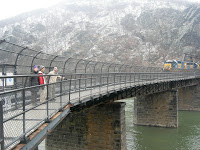 We hosted a little get-together for New Year’s with some other friends and shared fondue, because there’s no better thing to do when there are colds going around and germs to be exchanged. Also, at the stroke of midnight, we planned to sip on champagne. It wasn’t until 30 seconds before midnight we realized we were sipping on champagne de cognac. Big difference. 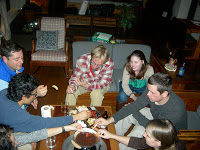 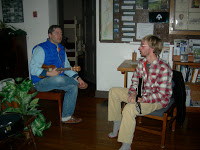 On New Year’s Day, we shared a southern folklore tradition with Fire Marshall’s family and ate black-eyed beans for prosperity, greens for money and pork for positive motion in 2013. I made sure to eat every last bit on my plate. 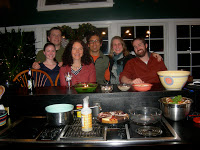 2013 made a good start with my college roommate giving birth to her baby
boy just shy of 2 hours into the New Year. Turns out he was the first baby born in Delaware County!!!