Washington: An Education in Ecosystems

I love Washington … always have. How could you not love a state with such diverse ecosystems? We have been lucky enough to come to Washington 3 different times this year and get to really experience its diversity.

You already heard about our experience in the alpine ecosystem up on Rainier.

But to get the complete opposite, we visited the rainforest found in Olympic National Park. The park has the perfect blend of forest, mountains, rainforest, coastline and oceanic wilderness (Misti!). 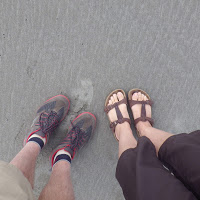 In Olympic NP, the biggest thing we did was a 17.5-mile loop around the Seven Lakes Basin (have you noticed a theme where there is always some sort of water involved in our hikes?). The area gets 124 inches of rain annually, so it is LUSH. The trees sometimes grow to 200 feet!!! After navigating the forest, you hike along a ridgeline with view of the 7 lakes to one side and Mt. Olympus to the other. Except that Mt. Olympus was shrouded in clouds the whole time … we met 1 hiker who was out there for 3 days trying to catch a glimpse to no avail. We did, however, spot a bear! 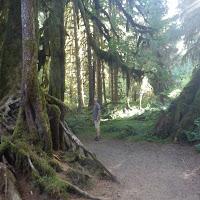 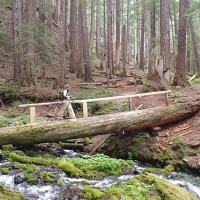 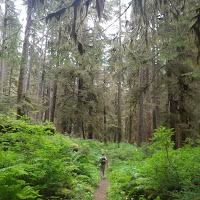 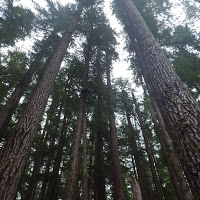 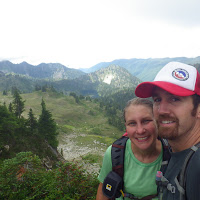 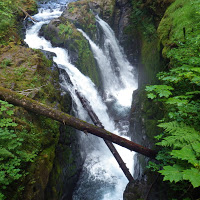 There is so much more in Olympic NP we want to explore! So we will be back. Oddly enough, we did not get rained on in the RAINforest. Can’t say I’m sad about that.

After Olympic NP, we took a ferry WITH the Sprinter van to Seattle for our presentation (on my birthday!). 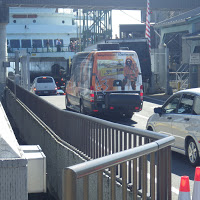 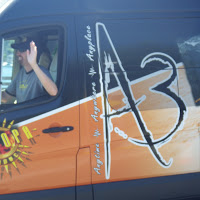 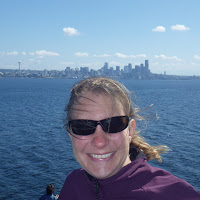 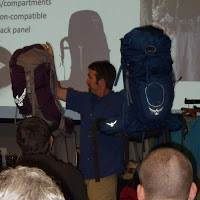 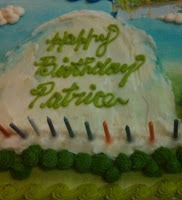 Then, we hit the trail AGAIN (this does not get old, I assure you), this time on the Pacific Crest Trail (PCT). This would be in montane ecosystem, for those who are following the lesson.

The PCT is a long-distance footpath running 2,650 miles from Mexico to Canada (the AT was 2,181 miles when we did it). You might be wondering if this long-distance trail is on our bucket list … so are we. For now, we knocked out 75 miles south from Stevens Pass to Snoqualmie Pass in the Alpine Lakes Wilderness. You guessed it, there were lakes, lots of alpine, picturesque lakes. 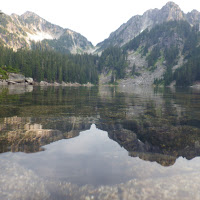 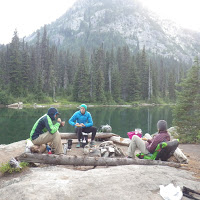 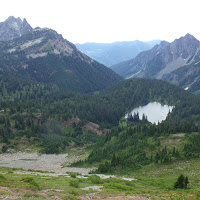 Sheri & Randy (the other BP team) invited us on this trek as they were taking one of their brand reps out backpacking. We don’t often get out backpacking with other people, so it was nice to have someone new to chat with along the way! A backpacking trip is a really good way to really get to know each other!! 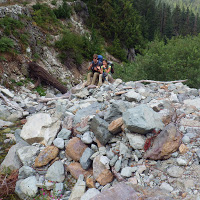 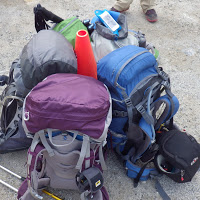 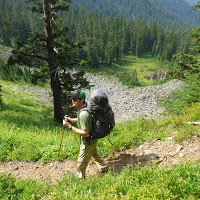 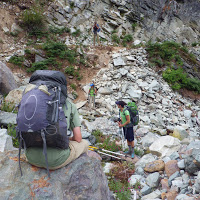 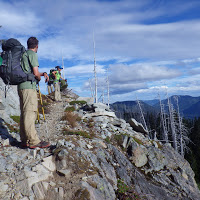 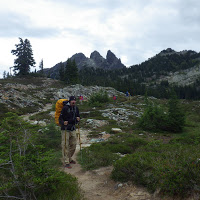 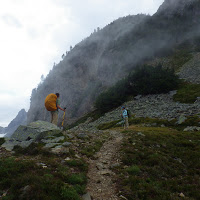 Another memorable thing about the section … blueberries! Despite all the plentiful berries, we did not see a bear! 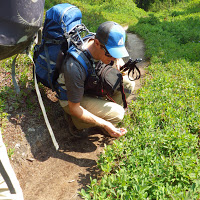 But, we did see mountain goat & marmots (no pictures, sorry)!!! And, believe it or not, we ran into a volunteer we knew from the Appalachian Trail Conservancy! Talk about a small world.
We did 15 miles, 16 miles, 15 miles and the fourth day was going to be 18 miles and the fifth day was going to be 10 miles, but we all voted (willingly with beer and pizza on our minds) to bang out all 28 miles in one day! It is by far our longest hiking day in our lives (on the AT, our longest day was 25.7 miles!). Crazy, but it was worth it. 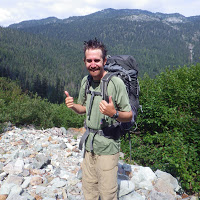 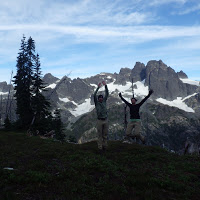 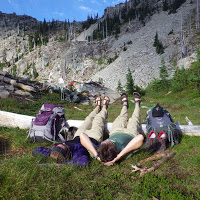 Our few weeks in the Pacific Northwest is wrapping up and we eventually will be heading to the Southwest (pitstops in Crater Lake National Park for a look-see and in Boise, ID, for our next event). This past week, we had a great presentation in Portland and finally got to see one of our priest friends (meanwhile, he has been housing us at the University of Portland for quite some time!!). 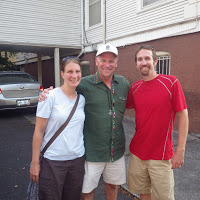