New Zealand has 11,000 kilometers of coastline, and we have now walked along 1% of it. We have walked 60 miles (100 kilometers) from Cape Reinga, the northernmost tip of NZ and start of the Te Araroa, to Ahipara. Almost all of that was on the beach, including 90-mile beach, which is not actually 90 miles, despite the name. When Captain Cook sailed by 90-mile beach, he opted not to stop, calling it a desert. I would like to challenge Cook’s impression and argue there is more to 90-mile beach than sand. But you’ll just have to read ahead to find out.

We left Main Street Lodge on Thanksgiving Day at 9am on the Sand Safaris Tour. This is the best way to get up to the starting point at Cape Reigna. Tours leave everyday and are consistent and cut you a deal since you are only going one way. Plus, you get a bit of history on the area and the tour buses drive on 90-mile beach, so you get a good preview of what’s ahead. 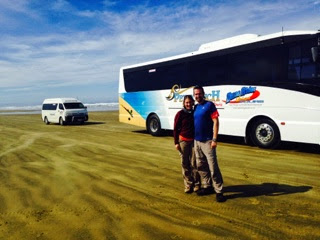 The tour also includes the use of their boards to go sand boarding, something neither of us have ever done. It was a nice bit of excitement racing down the sand dunes while lying on a boogie board. 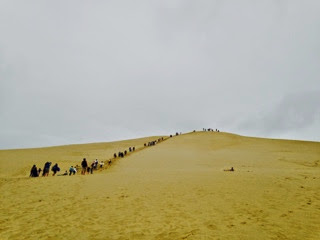 Around noon, we arrived at Cape Reinga, where the Tasmen Sea collides with the Pacific Ocean. The native Maori people of New Zealand believe Cape Reinga is the jumping off point for souls upon death. The power of this spot with its dramatic cliffs dropping to the wild seas was pretty breathtaking. 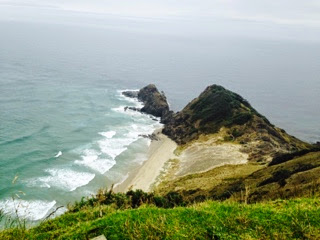 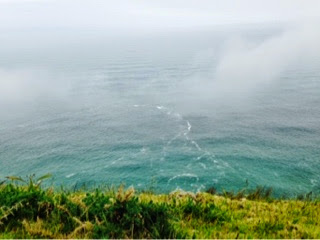 We took obligatory pictures and video at the lighthouse (no longer in operation since the 80s) and the sign post that tells you Bluff (our ending point) is only 1400 kilometers away as the crow flies. By foot on the TA, it is 3000 K away! 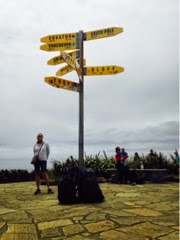 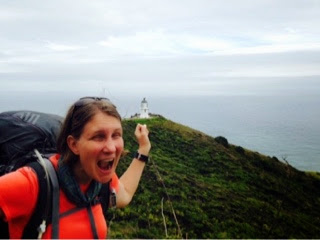 And at 1pm, we officially hit the trail. 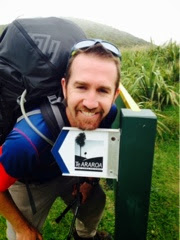 Right when we dropped down to the beach, we experienced the trickiness and danger of high tide. We had to scramble over slick rocks while the ocean threatens to sweep you away! This high tide section is inevitable when you get a ride to the trailhead with the tour companies because of the time you arrive.

After we survived our first encounter with high tide, we weaved on and off some bluffs and desert areas, doing just 6.6 miles that first day. We camped at Twilight Beach and feasted on chicken noodle bowl for Thanksgiving dinner. 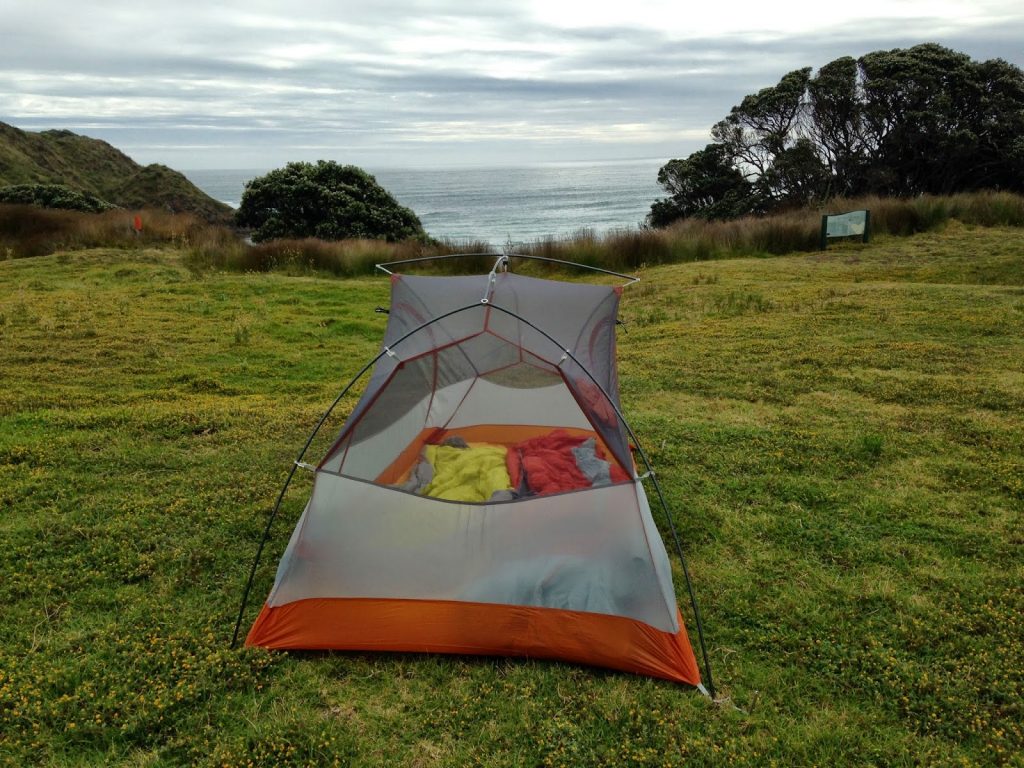 DAY 2 – Twilight Camp to The Bluffs – 28K/16.4 miles
It rained most of the night, but the rain subsided about an hour into our hike leaving just cloudy and threatening skies most of the day, until a short hailstorm in the afternoon. We started off on a 4WD track on a bluff, then dropped down to the infamous 90-mile beach. 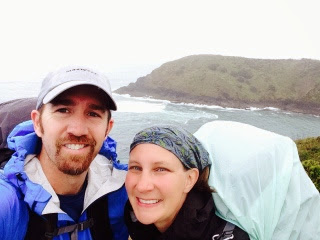 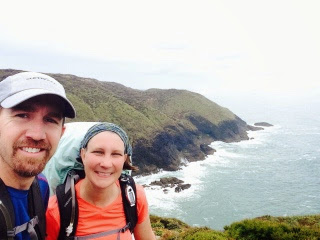 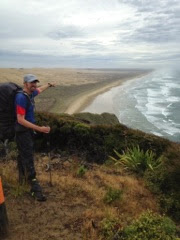 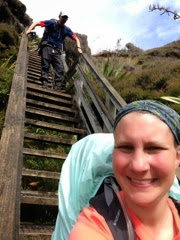 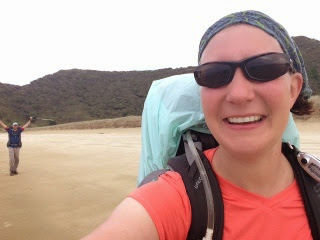 So, 90-mile beach, where we would spend the next 3 days walking. Who doesn’t love beaches? But do you love them when they are missing the Margaritas, lounge chairs and relaxation? And you have to walk? For 60 miles straight? With a full and heavy pack?! Neither J nor I have done extensive hiking or camping on a beach and most other TA hikers complain about the monotony and harshness of the beach. We concur. It is monotonous. It is hard on your feet, making the same strides over and over again. It is hard on your body when weather comes in and the wind whips at you, the sun burns you and the hail pings you. It is hard on the mind when your landmarks include dead fish, driftwood and rubbish. 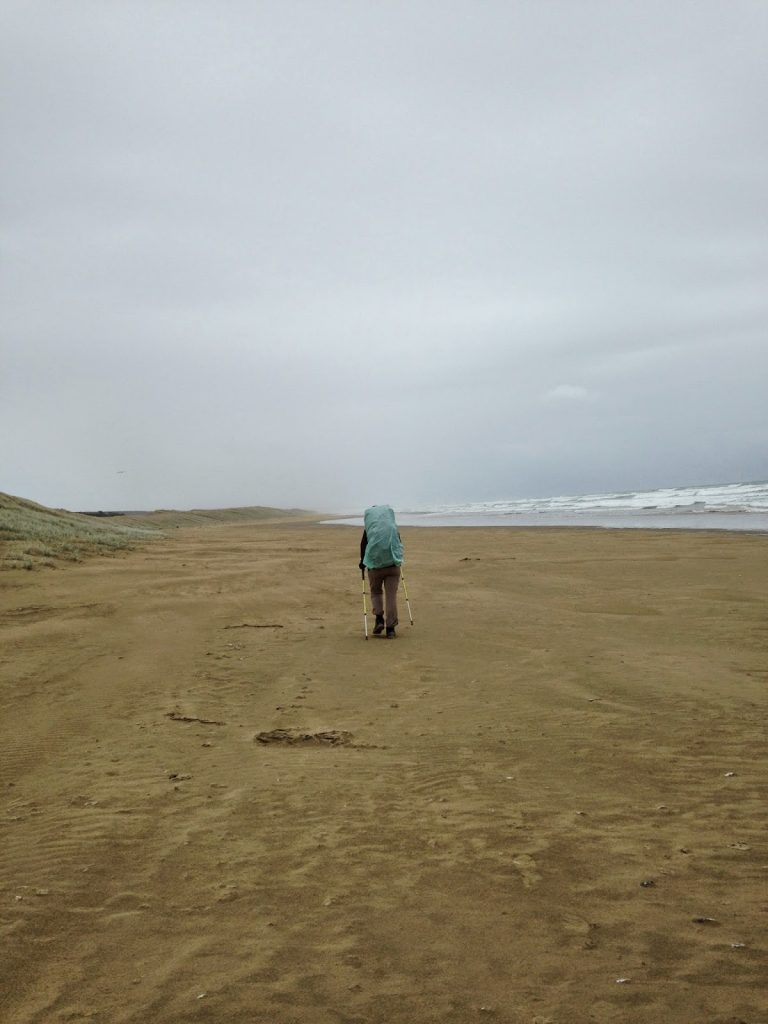 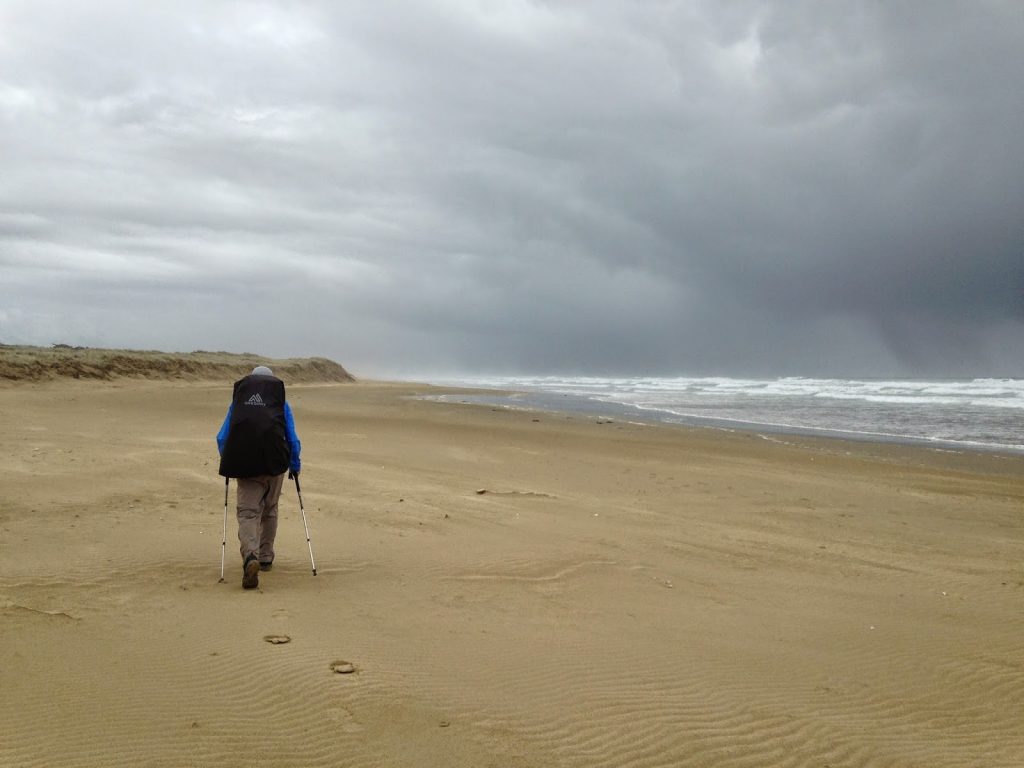 But we made the best of it, playing games like, what’s that object in the distance? Let’s take a million guesses until we reach it hours later (Clara – you are right, we should have brought a monocular!). You know that saying “objects in the rear view mirror appear closer than they are.” This is true for the beach. We see things for a REALLY long time before we reach them. Your vantage point is miles away. Sometimes we joke if we will see that object today or tomorrow. It is sad when we see it the day after tomorrow! 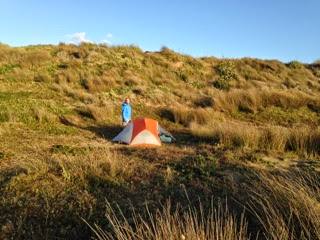 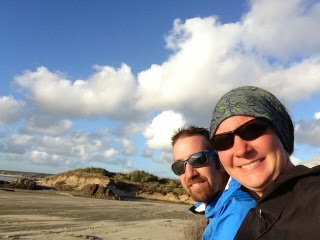 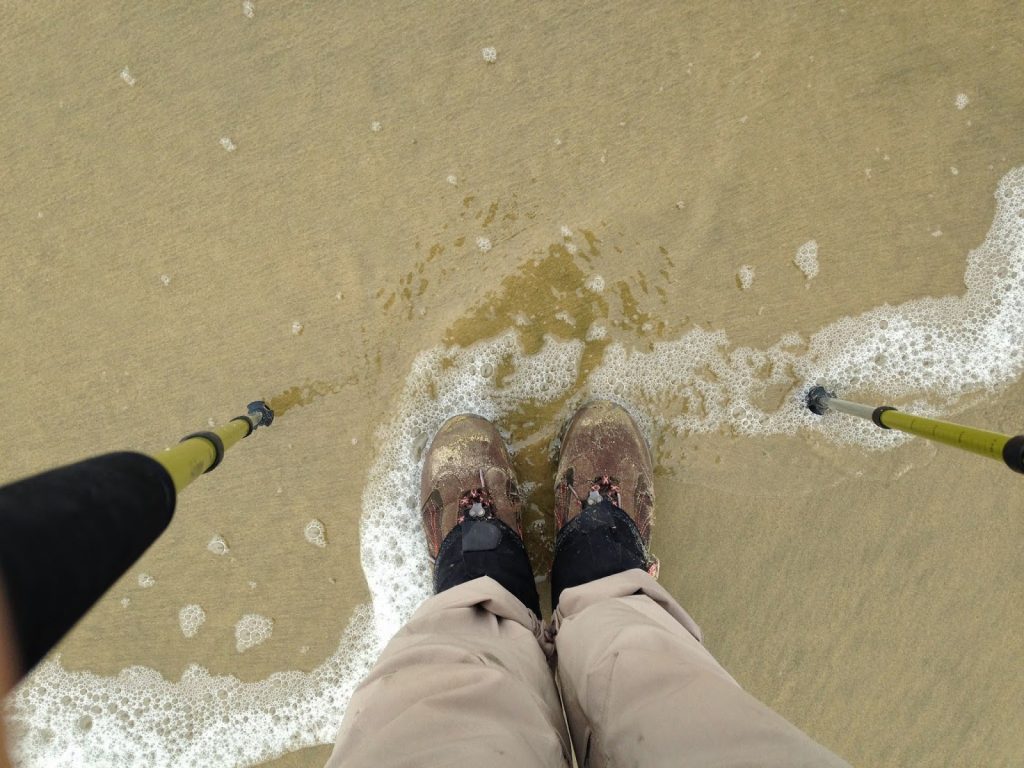 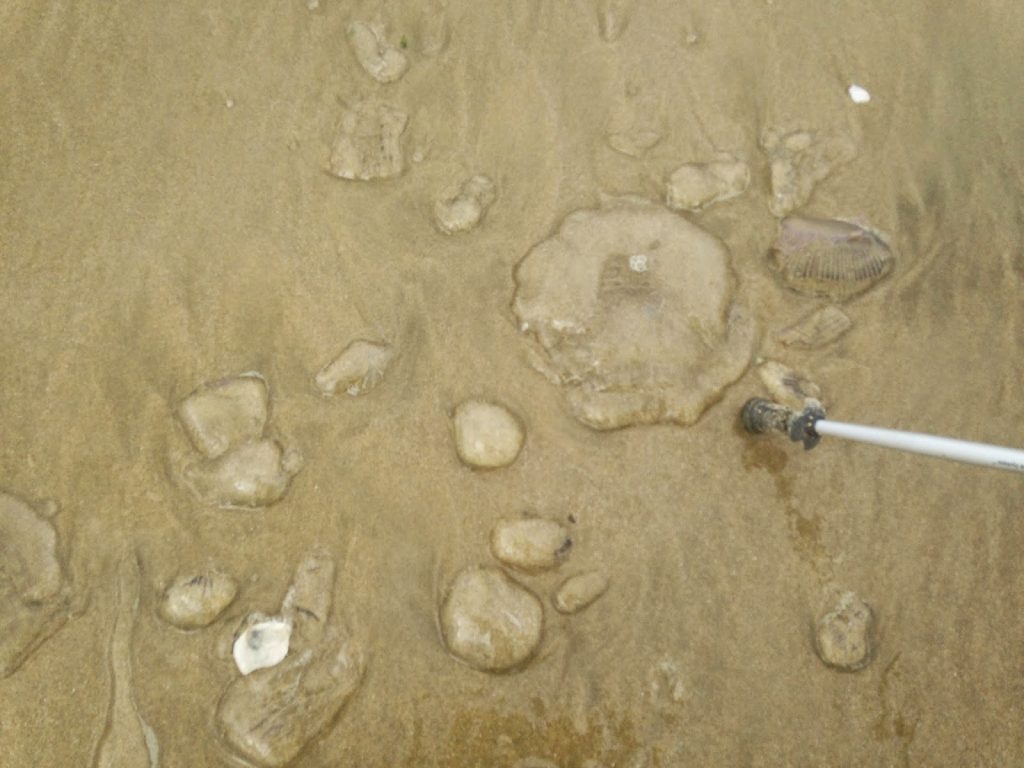 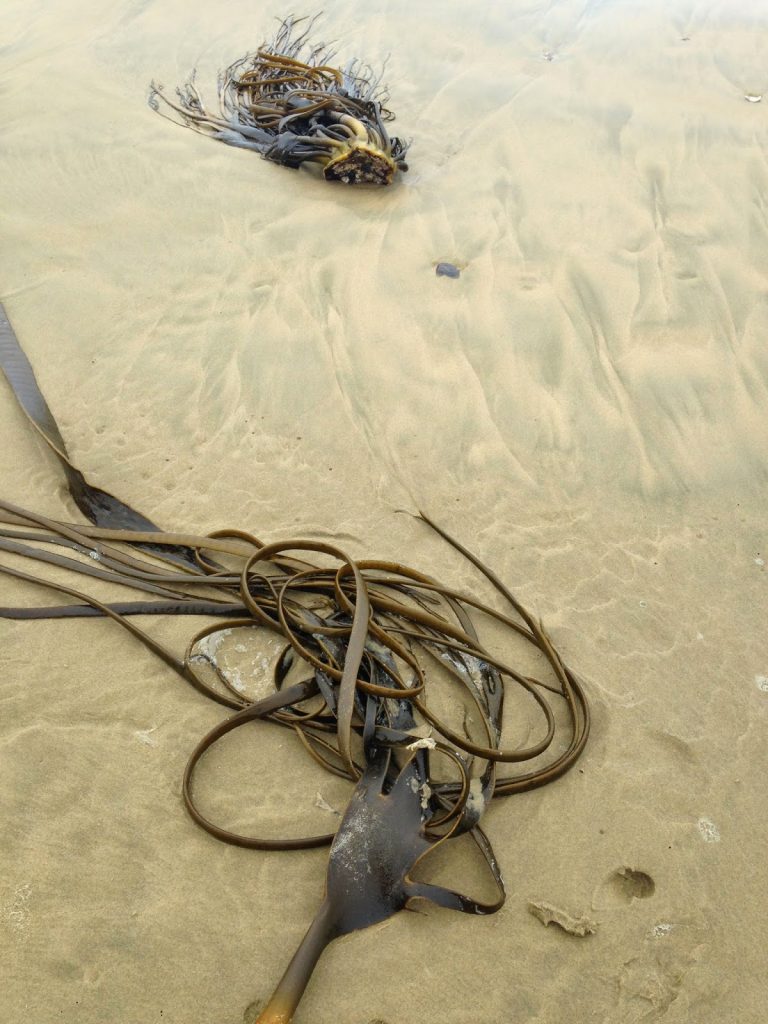 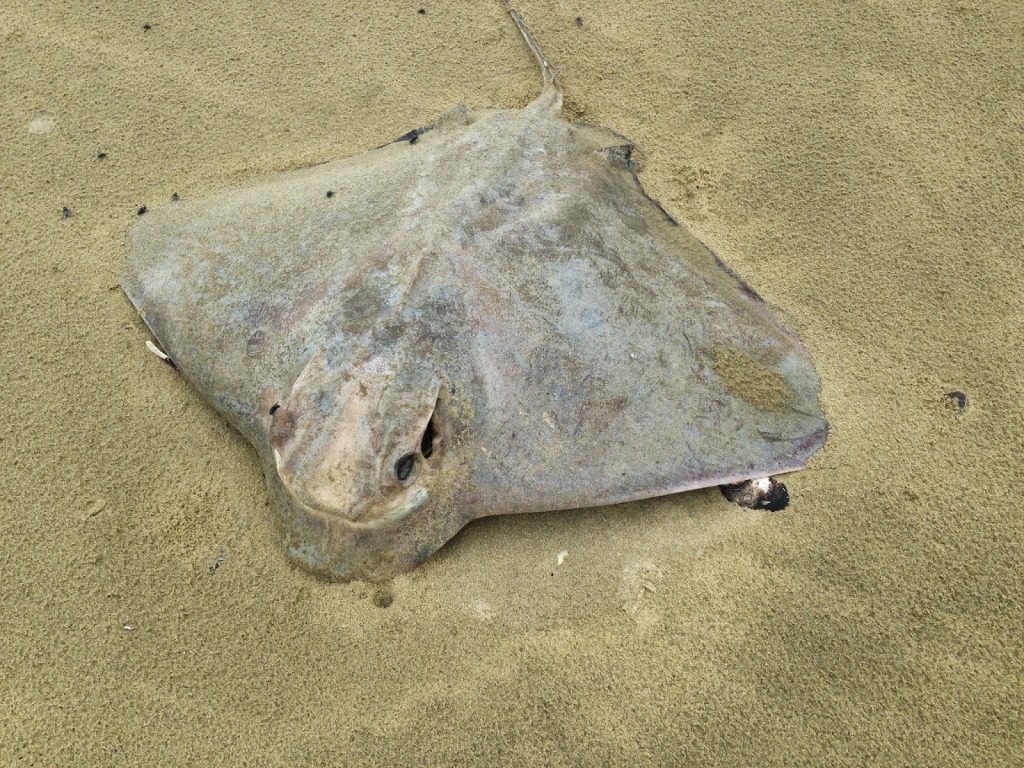 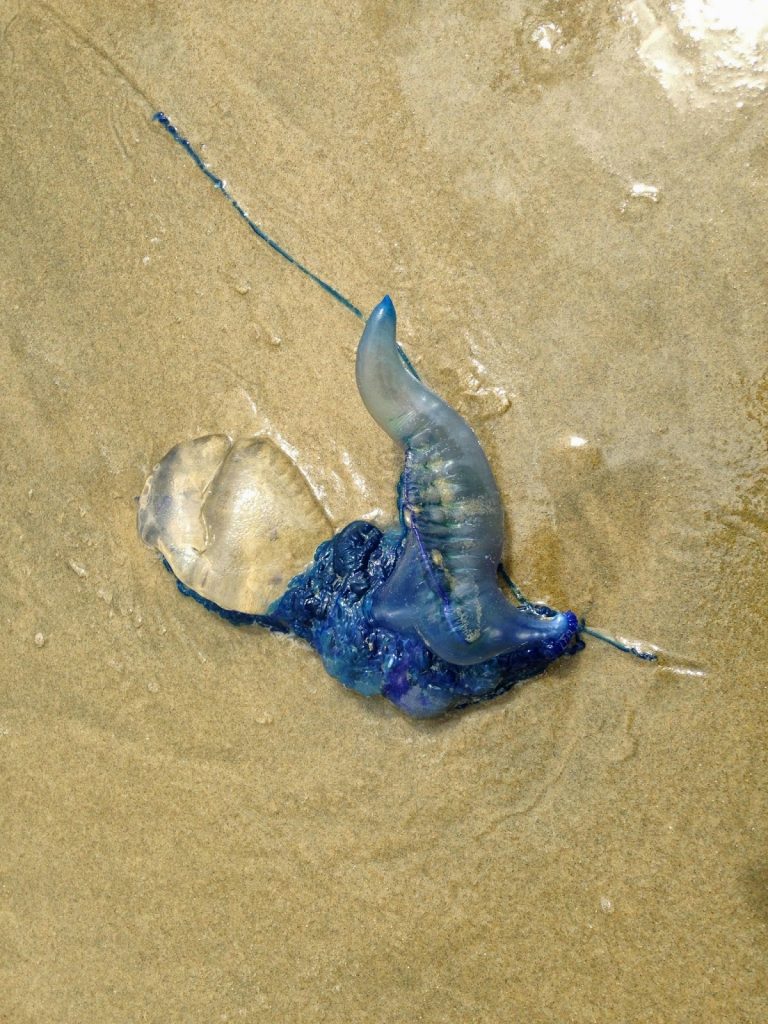 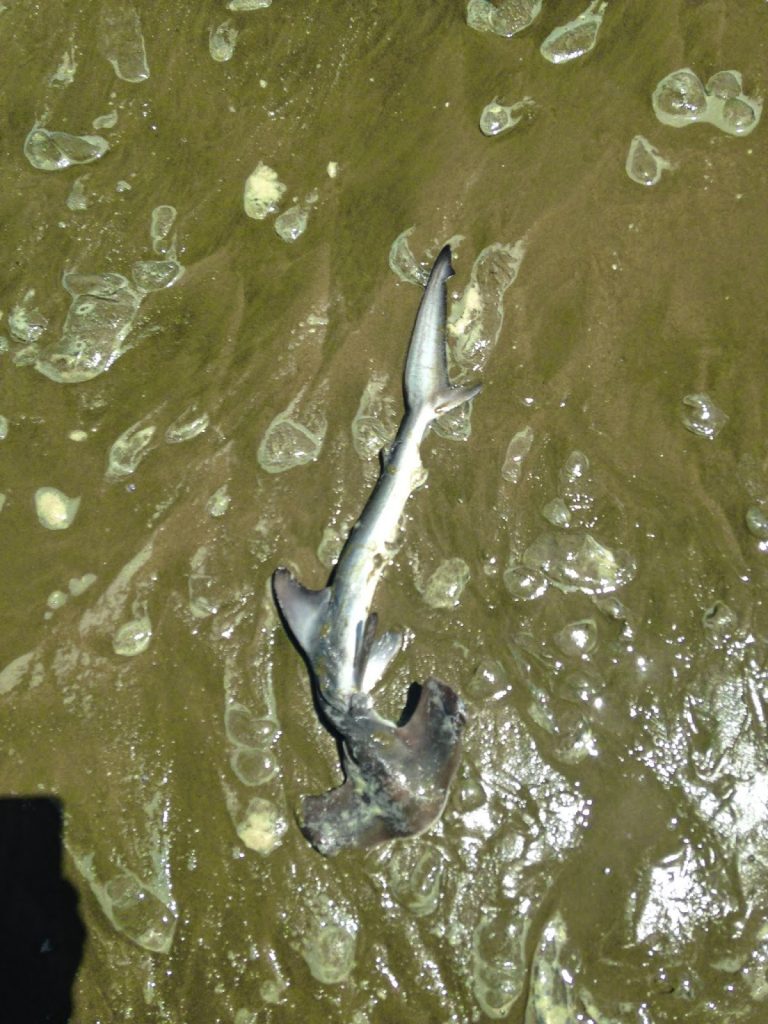 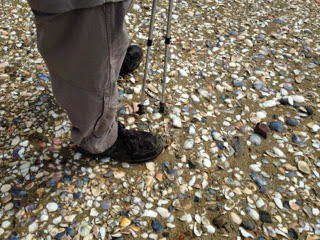 We were lucky that the weather was favorable on day 2–no hail, wind at our back and the sun was in and out. Our strategy was to break every 2 hours. And, we opted for iPods in the afternoon. But still the beach dragged on. 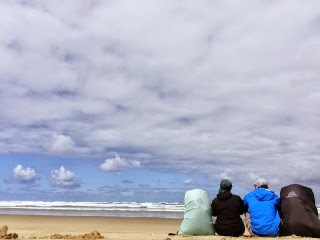 We stopped briefly at Hukatere holiday park to refill on water. We were planning to camp there, but got there earlier than we predicted and had a few miles left in us, so kept going. Great spot though! Literally an oasis in the desert!

Who knew a beach could be so brutal? Trying to be the optimist that I am, I found one of the benefits to beach walking is that you don’t have to navigate at all. Just keep the dunes on your left and the Tasmen Sea on your right and it’s all good. But I am glad to be done with beach walking for now. And so are my feet with my 4 blisters and 1 toe nail that is about to fall off. 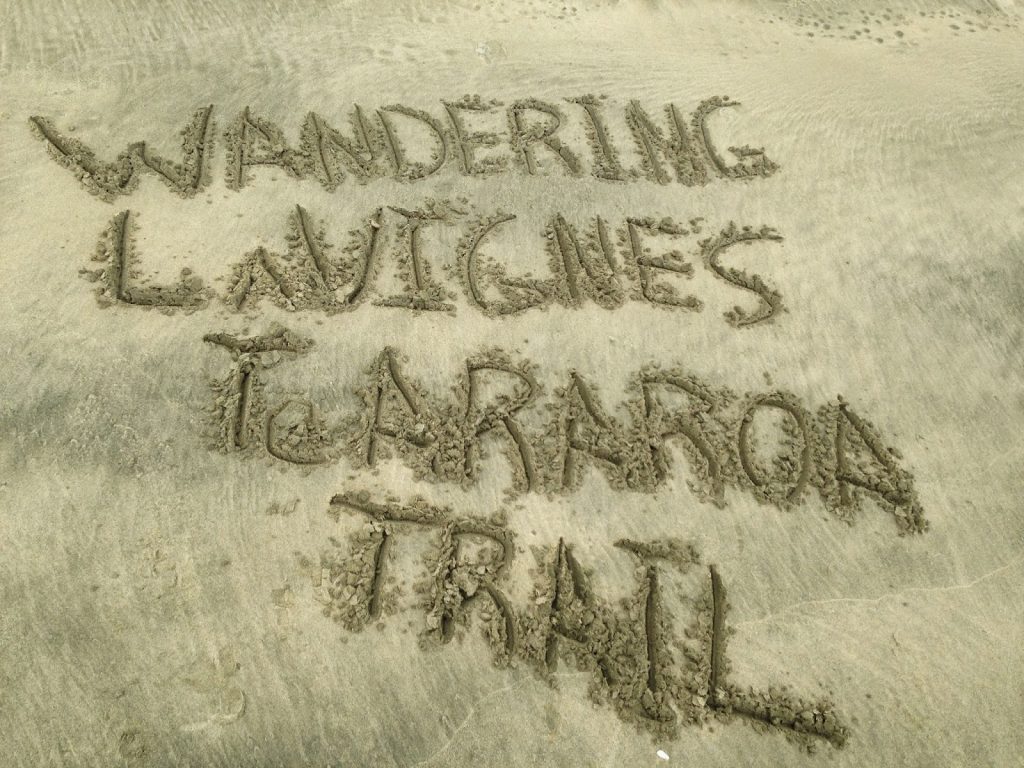 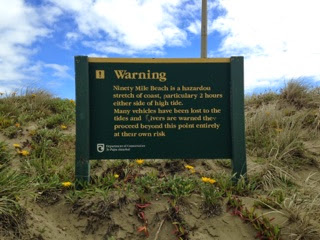 We are now resupplying in Kaitaia (remember the pronounciation – Ki – long I – tie – a), will stay at the Main Street Lodge again and hitch back to the trailhead in Ahipara. Oh, funny story about hitching. When we hitched to Kaitaia today, a police officer picked us up! 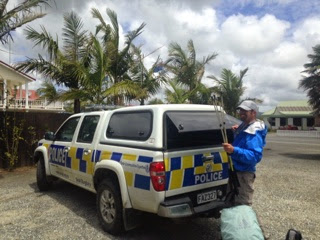 The next 4-5 days, we will be in the forest. We heard this forest makes people wish they were back on the beach, so our expectations are low for fun factor.
Categories: Blog Post, PostsBy plavigneNovember 30, 20142 Comments
Tags: International TravelTe Araroa (TA)