Hello from the Blue Moon Backpackers in Havelock! We hiked the first 83 kilometers (53 miles) of the South Island these past 3 days, so this is only a short, but sweet update!

On Tuesday, we left Picton via a smaller ferry boat that dropped us off at Ship Cove, where the Te Araroa picks back up again. Ship Cove is also where Captain Cook first landed. 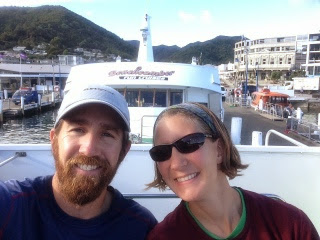 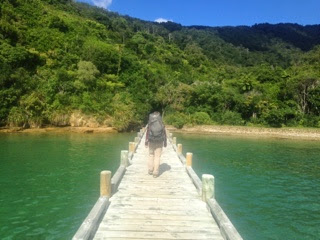 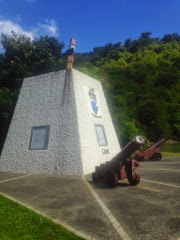 Our first impression during the first 70 kilometers of the South Island, “hello dream trail.” Our legs were happy and our minds could wander; not once did we take out our map or compass! 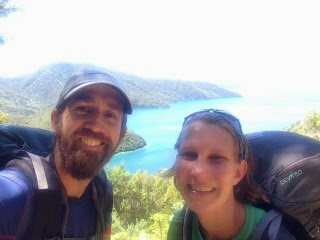 However, we knew this would not last forever. We were following the Queen Charlotte Track, which is an extremely popular trail. Given its popularity, the well defined trail itself is A++. Hardly any rocks or roots, wide and thorn-free and the grades are very gradual. We had to pay a fee to walk the track, but it is worth it. There are astounding views, oh the coastal views! We can’t get enough of them. The contrast of the multishaded blue sea against the lush green mountainous backdrop was just amazing. We had some great coastal views up north in the Bay of Islands, but they were obstructed by the constant route-finding. Not the case this time! 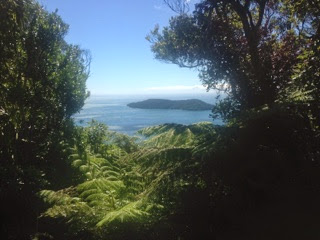 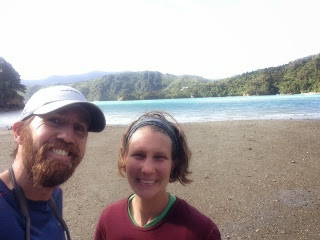 They even have benches and picnic tables (and toilets) along the way! 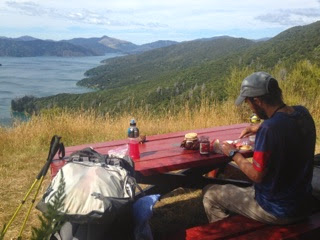 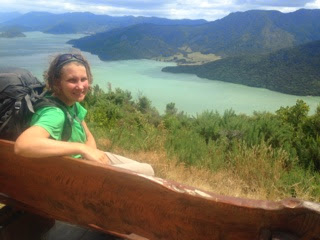 We’ve also encountered a new type of flightless bird, a weka. We were warned that these buggers will steal things from you, so we have kept a very watchful eye on them! 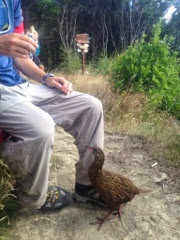 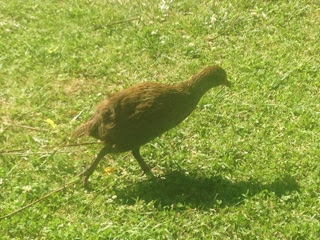 The cicadas were also in full force on this track; they were constantly flying into us! There is a funny video of my reaction to them on YouTube, if you are interested.

We would recommend the Queen Charlotte Track to anyone who visits NZ because it suits all levels. You can do it like we did–carry all your gear and food and camp at the established sites along the way. Or you could do it “glamping” style, where you hike with just a daypack and either have your gear/food transported to the campsites, or stay in luxury at the private lodges along the way. You can even mountain bike it certain times of the year. 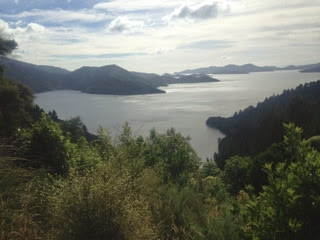 The “dream trail” ended as soon as we left the Queen Charlotte Track. We had about 20K on the road. Within that 20K, there was a 4K section that was supposed to take you off the road to Havelock and through the bush. Well, we started following a beautiful track in the woods labeled new. We had gotten so relaxed about not checking the GPS, map or compass and soon realized we were going the wrong way!!! So, we have already gotten lost on the South Island, and I’m sure that won’t be the last time!

But, we arrived in Havelock and were rewarded by 2 things. More green shelled mussels and a special piece of mail magic from our Canadian Te Araroa hiker friend, Marilyne!!! 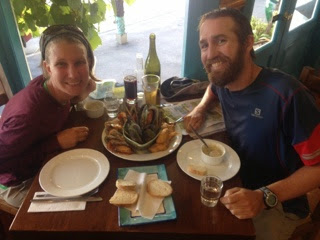 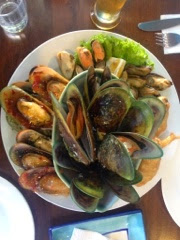 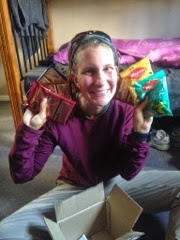 And now, we are off into the mountains! Our packs will be VERY heavy as the next section calls for carrying 10 days worth of food to be safe … In fact, these next few weeks we will be crossing multiple ranges and making very few town stops, so there may be some infrequency in our updates. continue to stay tuned …