Hello from Invercargill! We are at kilometer 2962, which means we are one single day and about 30 kilometers from Bluff, the southern terminus of the Te Araroa. Holy cannoli. I can’t even begin to process that we are just about done with walking the entire length of New Zealand. We will reach Bluff on Sunday, March 29 (Saturday, March 28 in the states). Yahoo!!!

The trail has really come full circle in the last 200-kilometer section. What I mean is that we saw some themes that we haven’t seen since the North Island! It was like the Te Araroa was saying, “oh, you thought it would be an easy end. Hahahaha. No way. We need you to remember New Zealand and all the trail’s hardships.”
1) Memories of the North Island

In he last 200K, we walked mostly through the forest, across some farmland, on a bit of beach, with some roads thrown in.
The forest was beautiful to be back in, as New Zealand forests are very “rainforest-like,” so full of vibrant greens. It makes you feel like you are in some sort of fairytale land with the moss-covered trees. The downside of this setting is the mud and bogs. We walked on surfaces like these pictured below for a few days straight. I also set new records for how many times in a day I can fall. 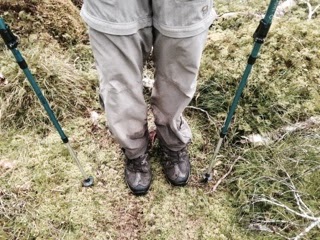 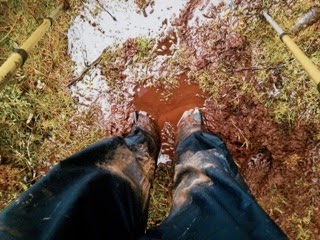 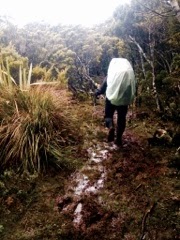 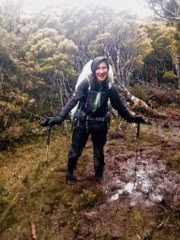 If there is one thing I crave about post-trail and normal life, it is dry feet! I cannot overstate how wet our feet have been on the entire South Island. If we aren’t walking through or across rivers, we are wet from mud and bogs. Add to that the fact that we’ve actually had rain the last week. People told me I’d have wet feet the whole time, but I didn’t believe them. Or I didn’t want to believe them. Either way, our feet have been wet for the last 40 days or so. You could say that as good Catholics, we gave up dry feet for Lent.
Nonetheless, the forest has been beautiful!

We haven’t gotten a lot of views because of the rain, but when we did, they were excellent as usual. 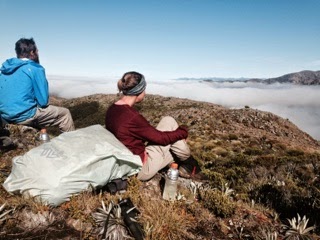 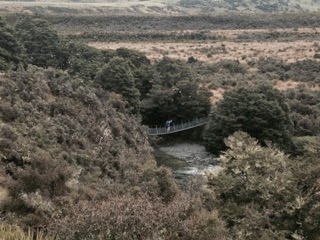 The bird song wasn’t as prominent as it was up north, but we did spot an owl. Actually, more like the owl spotted us, as it landed right where we were eating lunch! 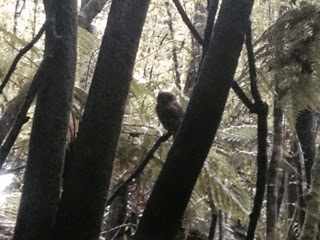 The farmland was uneventful except for the fact that crossing so much private land meant difficulty finding campsites, which is very awkward and the complete opposite of fun. We actually hitched into a town one time for the pure fact it had a campground (and pub!). There were just a handful of huts in this section, and we only stayed in 2 of them, but they were welcomed when we came upon them. In fact, we ended up doing a short day out of Te Anau to one hut because of the rain and got cozy watching a movie on the iPad Mini and got a fire roaring. I also signed into the hut book as a Te Araroa hiker one last time, which was a bit sad. 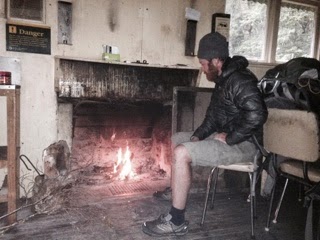 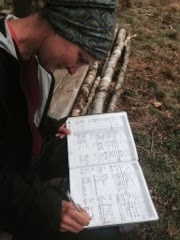 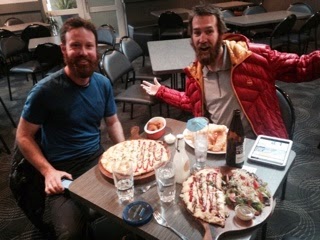 As for the beach, we actually timed the tide schedule perfectly (for once) and our beach walking went smoothly, even with one big river crossing. The most interesting find on this beach … Buried cars! 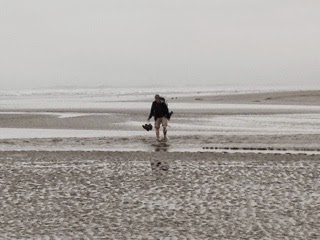 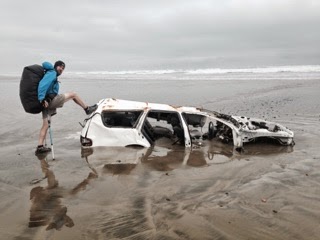 What I can now claim about the South Island is that the trail is marked 10 times better than it was in the North Island. They should move some of these orange triangles up to the north … 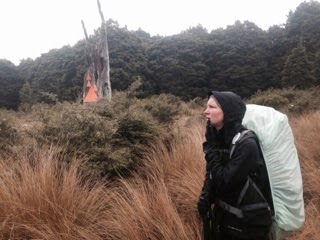 2) History
We walked along a water race built in the 1880s by Chinese settlers who mined the area for gold. The race was for sluicing purposes, meaning they broke down the rock, then sifted it through the water to pull out the gold. It was a pretty amazing setup and apparently at one time, there were up to 500 Chinese settlers living in the area for 10 years so so. 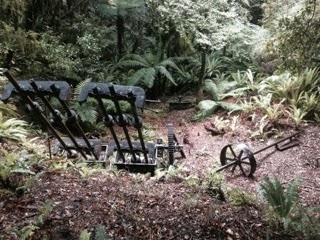 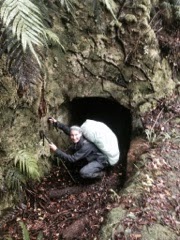 Well, that is my update for the last 200K of trail. Like I said, we will be in Bluff shortly (probably by the time anyone reads this)!!