Justin and his RMI team have been facing some not-so-ideal weather up on Denali (65 MPH winds, -35 degree temps). So they are on day ELEVEN being stuck (but safe) at Camp 3 (14,200 feet). I know those conditions sound extremely harsh, but I did get to speak to Justin and he is in great spirits and feels completely safe (major relief for me – I was picturing frostbitten toes and fingers).

Denali has its own time and the waiting game is part of it. You just don’t mess with Mother Nature. They will stretch their food provisions as long as they can and we shall see what happens for their last few days on the mountain.

This past week, they may have not moved up, but they definitely kept moving. Read below for a little insight into their daily routine.

After a rest day at Camp 3 (14,200 feet) during a snowstorm on Friday, the goal for Saturday was to retrieve their supplies stashed below camp. Up above them, the winds were crashing against the West Buttress like waves and visibility remained poor, but below them at Windy Corner, the sun was shining and the winds were light. Perfect conditions. They made quick work of fetching their mountain of food to have at Camp 3, then took advantage of the good camp weather to practice some skills with ropes and ascenders. 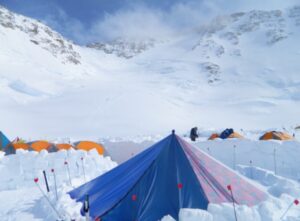 All photos courtesy of RMI Expeditions.

Day 11 – Sunday, May 22
The storm, now called “Daryl” continued to rage above Camp 3 (14,200 feet). The rangers issued a weather advisory with high winds and snow, advising everyone to not climb any higher. So J’s team stayed put, taking advantage of another rest/acclimatization day.

Day 12 – Monday, May 23
“Daryl” the storm still raged above, but was relatively calm (but cold) at Camp 3 (14,200 feet). Instead of holing up in their tents all day, the team took a walk to the famed “Edge of the World,” where they took in views of Kahiltna Glacier, 7,000 feet below (where they originally came from!), and 17,402-foot Mount Foraker. It’s not “far” from camp, but I’m sure it’s not a walk in the park! Good for them to get their blood flowing during the waiting game. 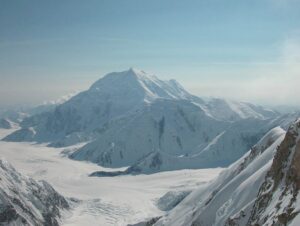 Day 13 – Tuesday, May 24
Brrr. The team is facing temps of NEGATIVE 35 degrees INSIDE the tent. The cold front was still upon them, but the visibility remained clear, so the team returned to their goal of caching their supplies on the upper slopes of the mountain. They traveled up the fixed lines to drop a stash of personal gear at 16,000 feet on the West Buttress. The winds picked up as they climbed higher, so they quickly scurried back down to safe conditions at Camp 3 (14,200 feet). 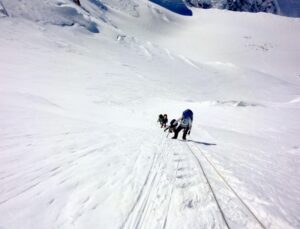 Day 14 – Wednesday, May 25
Today was another rest day as Denali storm “Evans” was upon them, blowing snow and reducing visibility. The guides sometimes get very poetic in their updates and they reported only being able to see the inside of a ping pong ball. So they lounged in the tents at Camp 3 (14,200 feet), only emerging when they had to fortify camp. 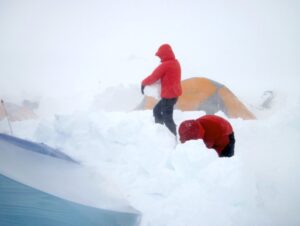 Day 16 – Friday, May 27
Still at Camp 3 (14,200 feet), the high winds kept anyone from sleeping through the night, but the afternoon gave way to sunshine, so the team took the day to repair and fortify camp and catch some much needed ZZzzs.

Day 17 – Saturday, May 28
This was their 10th day being stuck at Camp 3 (14,200 feet). They watched helicopter rescues take place up higher on the mountain, so they were happy to remain safe and sound. 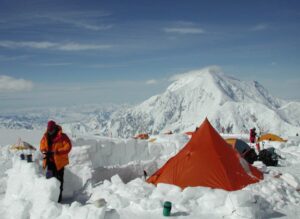 Stay tuned and send those sunshine and light wind vibes up to the rooftop of America!