We have wrapped up our time in Alaska–sadly. I have been here three times and all three times, I fall deeper in love with the state. Justin’s love for Alaska, on the other hand, is rooted in utero. We really should just move here. Someday.

In any case, we shared this last bit of our trip with our 13-year-old nephew, Ryan. Ryan has been obsessed with trains since he was an infant and when Justin worked up in Alaska in 2006 taking the railroad at least twice a week, he made this promise to Ryan: “someday I will take you to Alaska to ride the railroad.” We made it happen as his 8th grade graduation/birthday (x10 probably) gift.

The three of us made the 356-mile pilgrimage from Anchorage to Fairbanks via the Alaska Railroad. We broke it into two legs: 8 hours from Anchorage to Denali National Park and then 4 hours from Denali to Fairbanks. To say Ryan was in his glories is an understatement. And honestly, it is a beautiful ride across Alaska, so we didn’t mind all the train time. 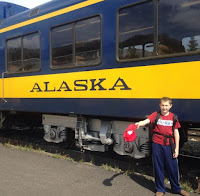 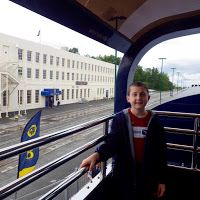 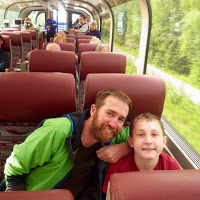 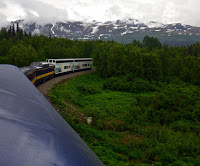 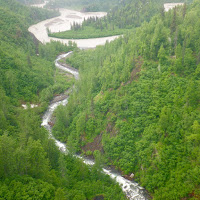 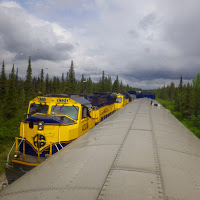 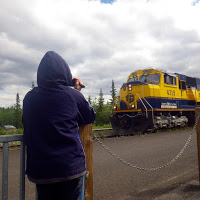 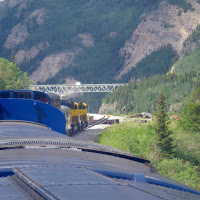 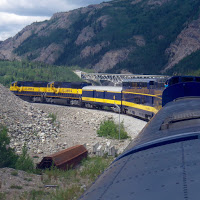 We spent 2 nights camping in Denali National Park. Ryan had 4 goals for Denali.
1) Spot a moose.
2) Spot a ptarmigan (Alaska’s state bird in the grouse family).
3) Spot a grizzly bear.
4) See the mountain Justin climbed.
We saw at least 15 moose and a few ptarmigan. As for the grizzly bear, it took 9 hours into our 12-hour bus tour to Kantishna, the end of the Denali National Park road, to spot one. It was worth the wait (and I don’t have any pictures of it to prove it). 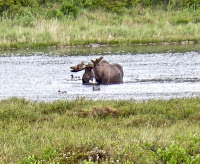 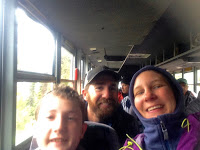 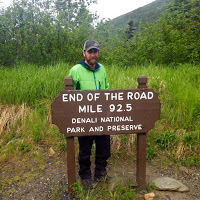 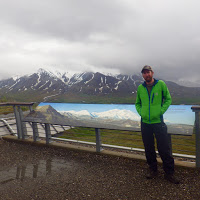 Not even close to a view of the mountain.

The mountain, however, did not make an appearance. You basically have a 33% chance of seeing it during the summer. We ended up finally spotting it on our last night in Fairbanks, but by that point it is approximately 150 miles as the crow flies, so it looks tiny. 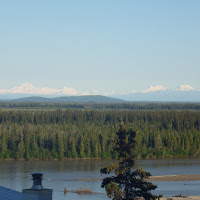 We saw far more wildlife than Ryan could ever have dreamed, including bald eagles, Dall sheep and caribou. We also got up close with some domesticated caribou, AKA reindeer, at a feeding farm. We also saw a dog sled demonstration by the National Park Service. 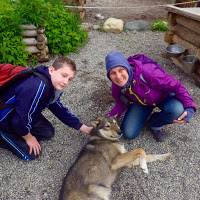 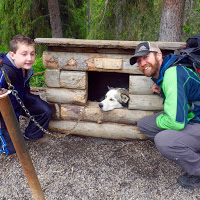 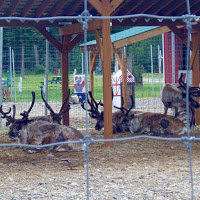 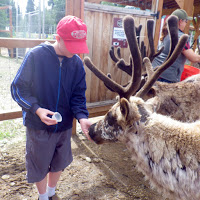 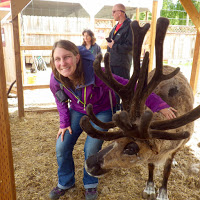 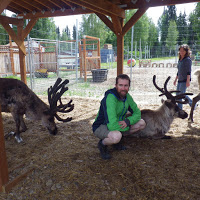 Once in Fairbanks, we dove further into the history of Alaska, specifically the gold rush and the Trans Alaska Oil Pipeline. As I mentioned in my last post, mining (coal, gold, copper) is a huge piece of Alaska’s history and still goes on today. We visited Gold Dredge #8 to see the inner workings of a ladder dredge operated until 1959. We even got to pan for gold and found $26 worth!!! 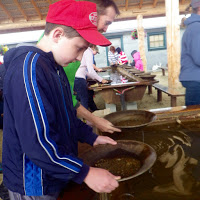 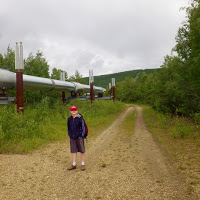 Also in Fairbanks, we visited my aunt and uncle (so Ryan’s great aunt and uncle), who have lived up here for 37 years. Though they are Alaskans through and through, my Uncle Fred’s Jersey accent and Italian roots will never die. He is a big fishing enthusiast, as is Ryan, so they were best buds. 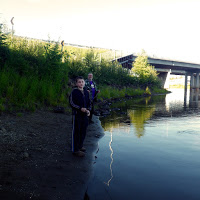 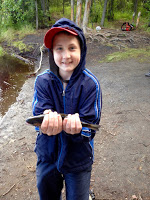 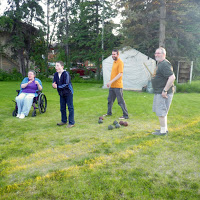 Overall it was a great trip and Ryan was pretty easy to have around, even if sunset is around midnight and sunrise is around 3am this time of year in Alaska. However, I don’t know how you parents stay on top of it all. I am so used to just Justin and I, and we really live on the fly. But when there is a little person around, you have to think twice. So when we returned from our 12-hour Kantishna bus tour to find the shuttles had stopped for the nights and the only restaurant in the park was closed, what options did we have? It was 7:30pm, the kid was starving, and hitchhiking 10 minutes to the closest town to find a restaurant didn’t seem like the best idea. Thank goodness for camp food! 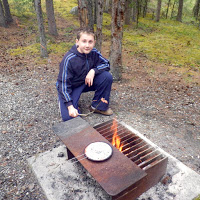