Are you tired of hearing about California??? This is it … the last post with a quick recap of our New Zealand Speaking Tour stops, I promise.

When we were planning our tour—which has been primarily West Coast-based—we debated how many stops to do in California. Do you guys realize how big of a state it is?? It has 29 REIs and countless other mom and pop stores, so the possibilities were actually endless.

We opted to schedule 7 stops across 2 weeks, with several adventures (including 4 national parks!) padding the events. Of the 4,000 miles we’ve driven so far, nearly 2000 miles ended up traversing California. It may be an expensive state (for us) and crowded, but it sure is pretty!

Our 7 events went well, but a few attendances were lower than expected. Turns out, our presentations coincided with the airing of the NBA finals, which in fact included a California team! A little tough to compete with that …

But as with anything, it’s quality, not quantity. Our audiences are truly the best!! 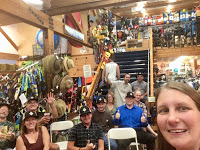 I need to get better at this selfie-audience shot … My big head is covering lots of people! 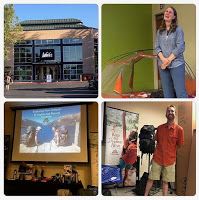 Again, it’s always nice to see familiar faces of friends we probably wouldn’t see otherwise and California was a lot of that. But one of the coolest things was having fellow Te Araroa hikers come out for events!! One guy hiked the year after us, and though we never met him, we communicated via social media often. Another guy was someone we met on the South Island, overlapping one night and staying in touch ever since. The last guy was more familiar. It’s Kevin! The guy with whom we shared 50ish days on the South Island! It was great to reunite our hiking team again (though we all looked a little cleaner and better groomed). 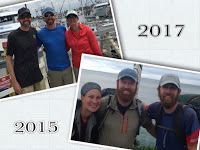 For a hot minute, Kevin almost joined us for our backpacking trip on the Channel Islands! Would have been great to go backpacking together again, but we settled for hanging in parking lots for several hours catching up …

We are far from California now, making our way East. This tour is going way too fast!

One response to “California Tour Recap”