There are a 9 national parks in California (not to mention many more monuments, historic parks, etc) and the last 2 on our list to visit were Sequoia and Kings Canyon. A few weeks, we took a short road trip south to them from our home base in Yosemite National Park. 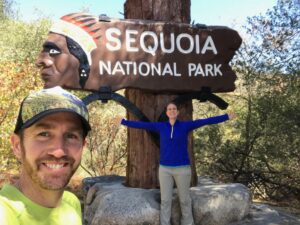 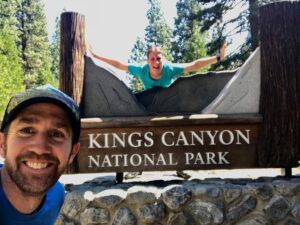 While the eastern side of the parks has no vehicle access and can only be reached via human-powered adventuring, there is a scenic road that drives through the western side of both parks and connects them. Since we decided to first get to know the front country of the parks first, fall is a more ideal time being less crowded (although still more people than we would have guessed). Most of the scenic drive is park & see, but as soon as we hit the trails, the crowds of course disappeared. We actually split the drive into 2 days. Mileage-wise, the distance doesn’t add up, but with a road this windy, not to mention all the places to stop, it makes for some full days. 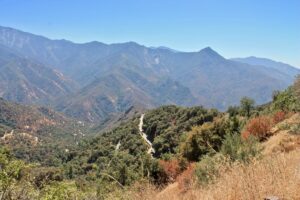 The elevation range of the parks affords diversity from the dry desert landscapes on the northern stretch of the drive that dead ends you into King’s Canyon NP to the dense forests as you enter Sequoia NP. 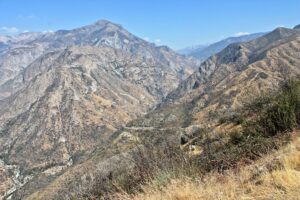 The big draw to the park is to see the sequoia tree, Earth’s “largest” living tree. I say largest specifically, because it captures that title due to the trees’ volume of total wood. There are taller trees (its relative, the redwood in northern California) and trees with greater base diameters (baobabs in South Africa), but with its 31 inches of bark, branches up to 8 feet in diameter and weight up to 2.7 million pounds, the sequoias hold the record as the bulkiest. 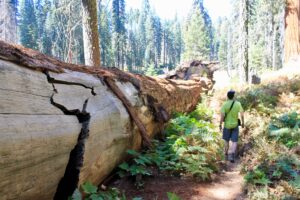 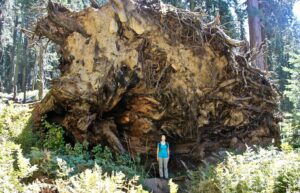 Throughout the 2 parks, there are 75 groves of sequoia trees, so it’s hard to miss them. Your neck will tire from looking up and you’ll never stop being amazed. Amazingly, the sequoias start from a seed the size of a piece of oatmeal! 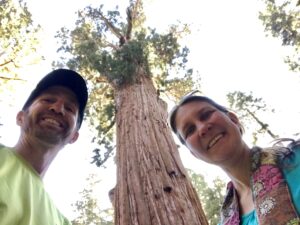 The most famous is in Sequoia NP, the General Sherman, which is the largest at 275 feet and estimated to be 2,200 years old. Second in line is 270-foot General Grant in Kings Canyon NP. These trees would take 20 people holding hands to get around them, and pictures DEFINITELY don’t do them justice. 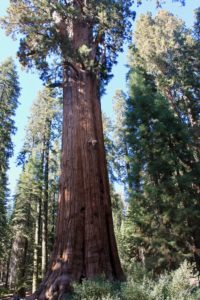 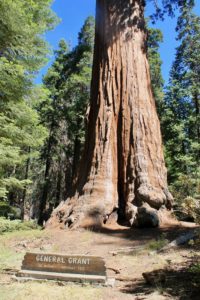 We both feel we saw the highlights of the front country, so next time we return to the parks, it will be for the backcountry.