The couple was introduced to a personal locater beacon, specifically a SPOT Gen1, on their 2011 thru hike of the Appalachian Trail. A hiking buddy would check in with his more »

Patrice and Justin started relying on solar power from Powertraveller in 2013, and carried a Solarmonkey Adventurer charger along Te Araroa in 2014-15. They are currently using Powertraveller’s newest and more »

Justin and Patrice have partnered with Therm-a-Rest for their entire sleep systems since 2013. The NeoAir XLite pads continue to be their go-to sleeping pad, although they upgrade to the more »

The couple discovered Sawyer in 2013. Since then, they rely on multiple Sawyer products for their backcountry adventures, including the MINI Squeeze water filtration system, stay-put sunscreen, Picardin bug repellent more »

Princeton Tec lights up all their adventures. On Te Araroa, they used the Vizz headlamp, which has 165 lumens and last up to 150 hours on a single set of more »

Justin and Patrice did not discover CloudLine hiking socks until 2016. The Seattle-based company is young and their socks are manufactured in the USA with imported merino wool. The couple more » 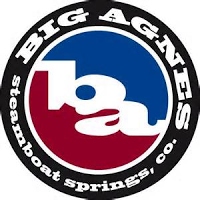 Justin and Patrice have called the Big Agnes Cooper Spur UL2 tent home since it launched in 2011, in time for their Appalachian Trail thru hike. The Cooper Spur has more »