You are here:
J & I went down into Joseph Canyon this past weekend and this time, we turned it into an overnighter. The last time we hiked down, we left right from RR, crossed private property and dropped 2,000 feet over 5 miles. We are scouting out other trails that do not illegally cross private property and the Warm Springs Trail was one of them. The trailhead is just a short drive from RR. HOWEVER, as we found out, it drops 2,000 feet over 2.6 miles. Meaning it is quad-burning steep going down 2.6 miles and calf-burning steep going back up 2.6 miles. 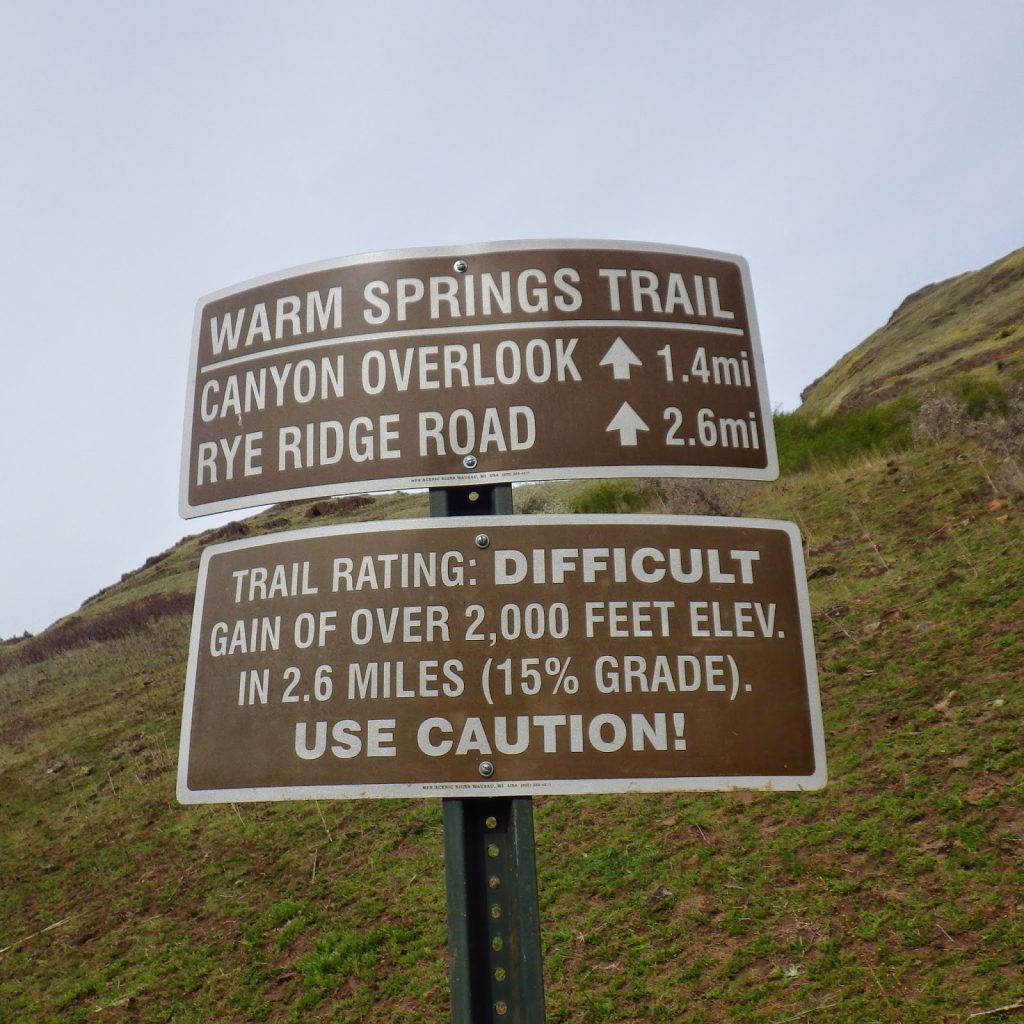 sign at bottom of the canyon
The marked trail is on Nez Perce non-reservation land. The Nez Perce native tribe is a vital part of this area’s history, in that they used to be routed among the canyonlands and used the canyon bottomlands as their winter camp before they were forced to flee in 1877 because of Western settlement by immigrants. In 1996, the tribe purchased thousands and thousands of acres in the Joseph Canyon area, but opened it up for public use and open range for livestock. 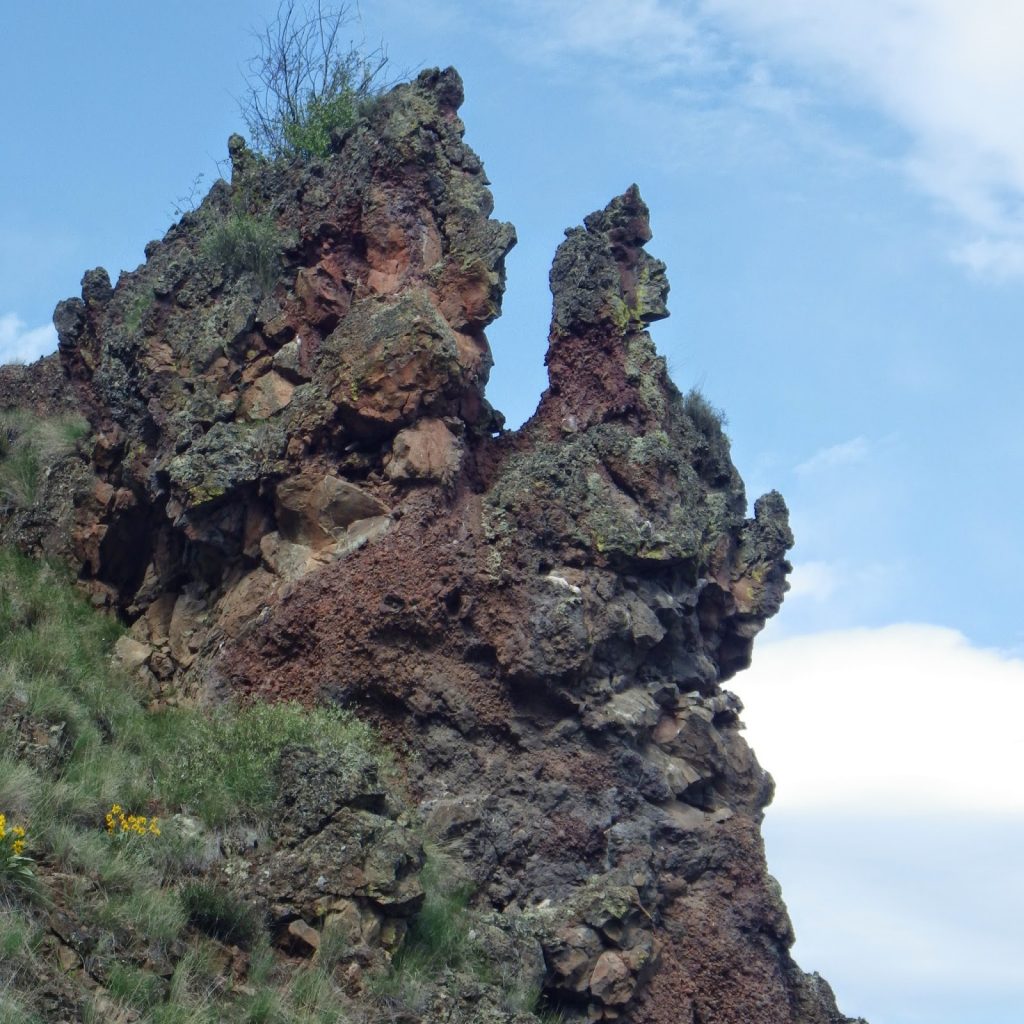 Chief Joseph of the Nez Perce
The Nez Perce were not only nice enough to let us use their land for hiking, but they event cleared a trail down to the bottom. However, they apparently don’t know what switchbacks are and should meet Bob Peoples (AT reference). The lack of switchbacks meant a 15% grade straight down. Did I already mention it was steep? Indeed, very, very steep. I swear sometimes we were going at a 45 degree angle. With sections of skree rock, this made for great fun (not). Here’s an example of how steep it was. We saw a cow running at full speed down into the valley. Cows are not fast runners, but this one could have won the Boston Marathon. I am going to guess he couldn’t stop himself. On a side note, we both agreed we never want to return in a second life as a cow. Does not seem like a fun life at all. 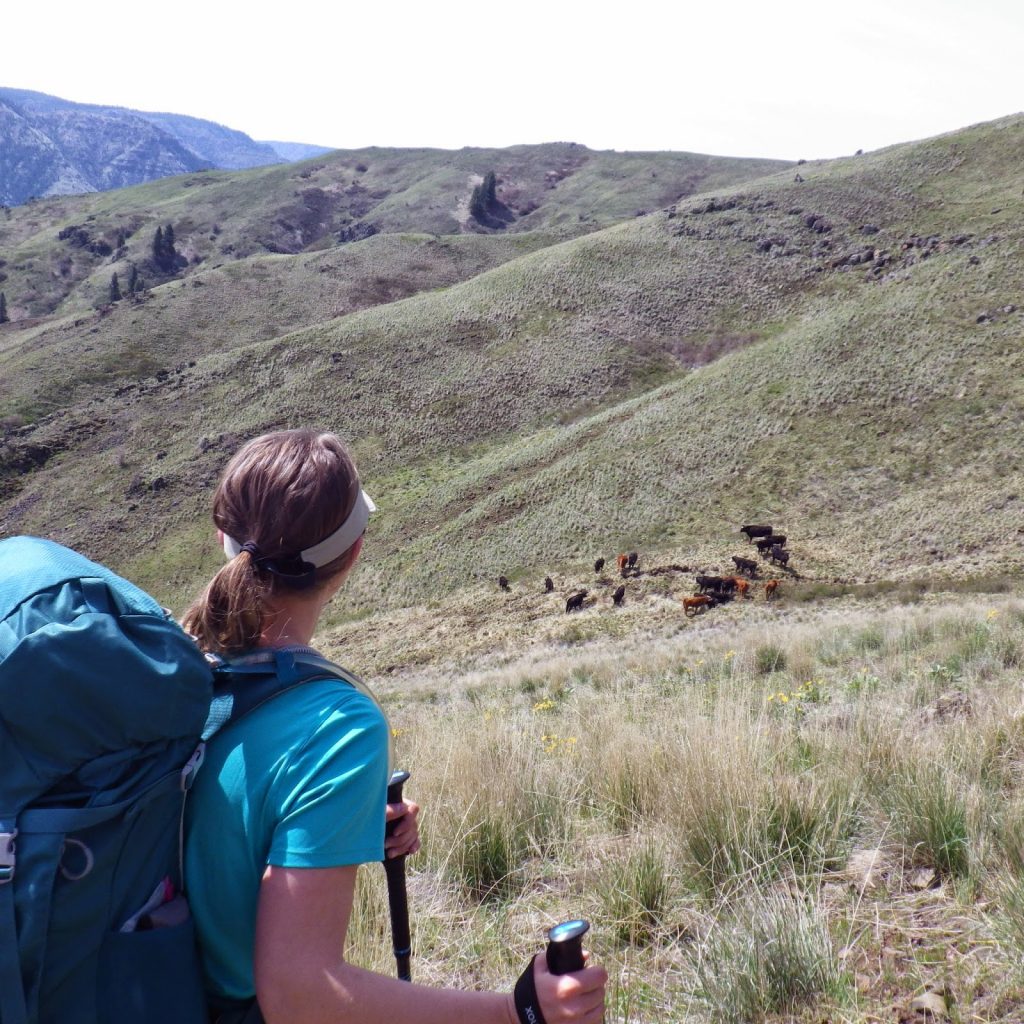 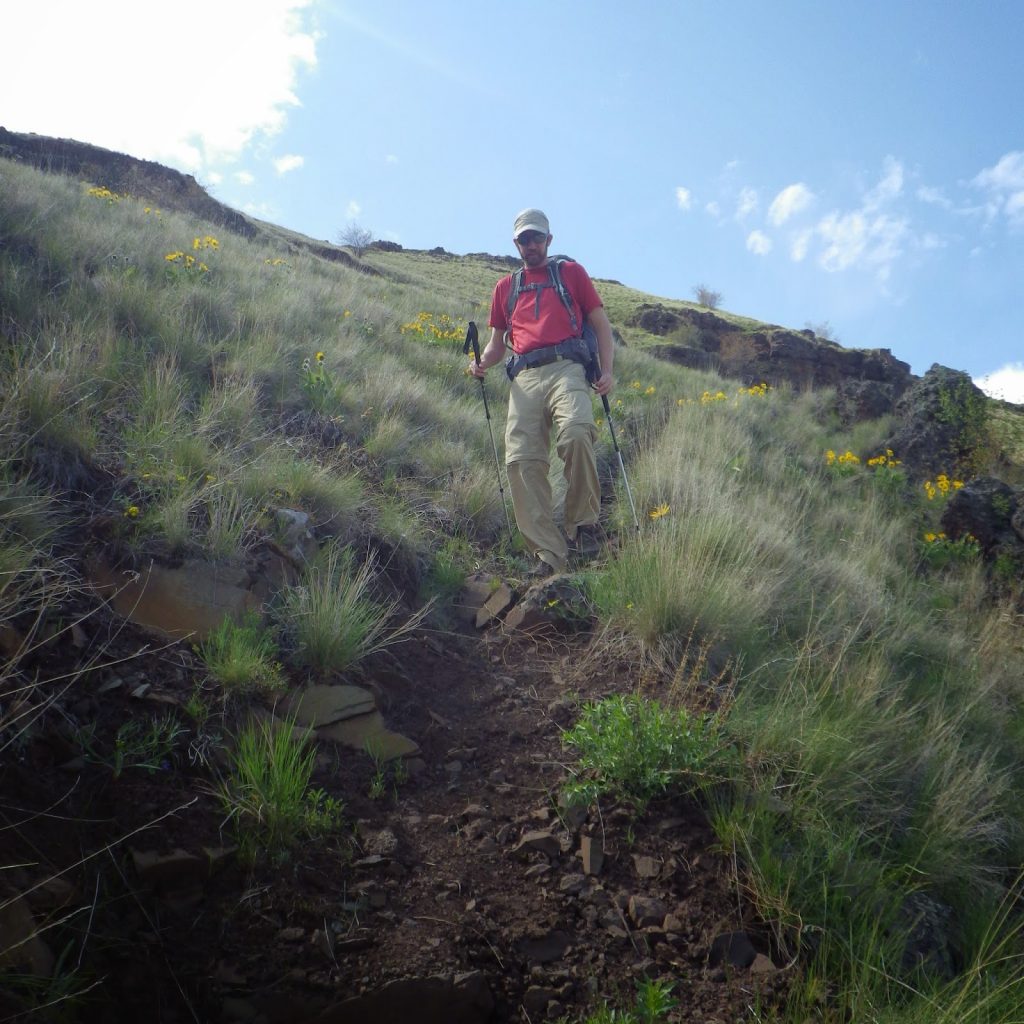 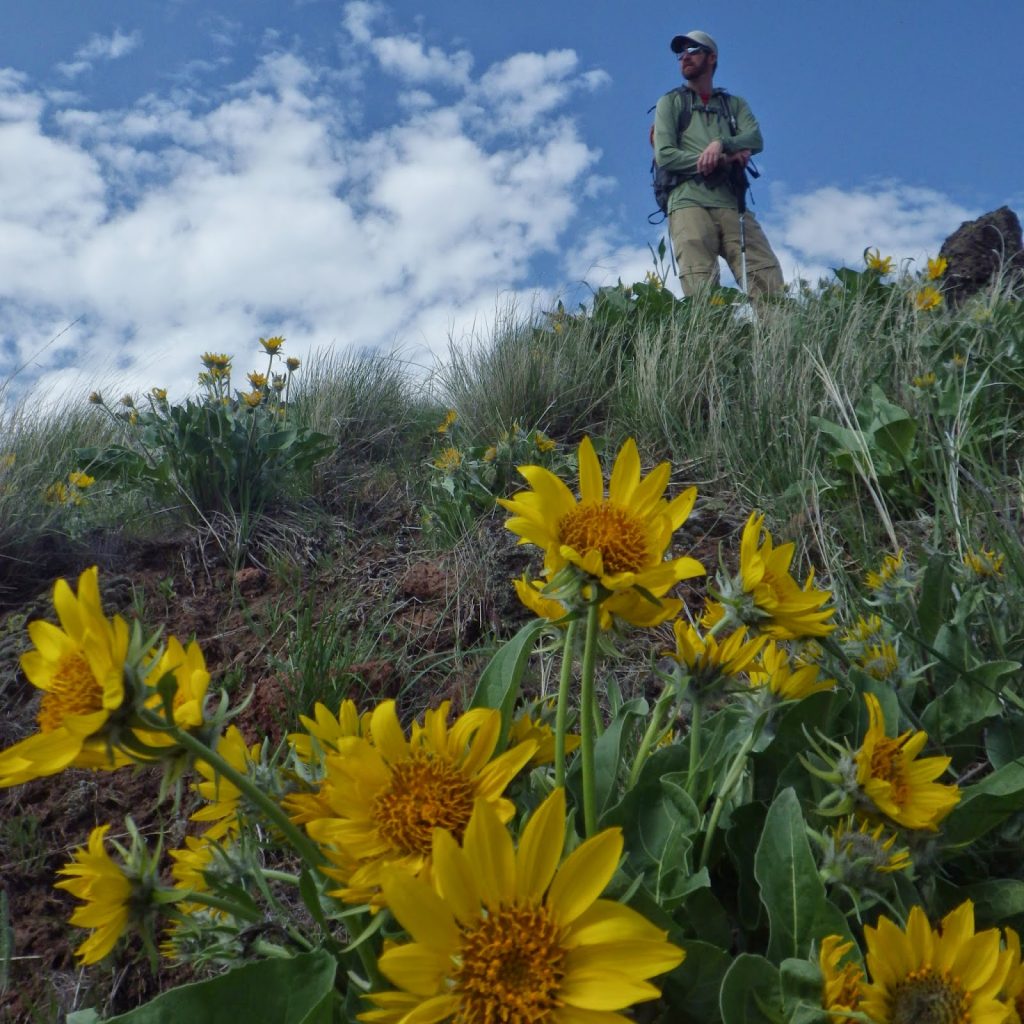 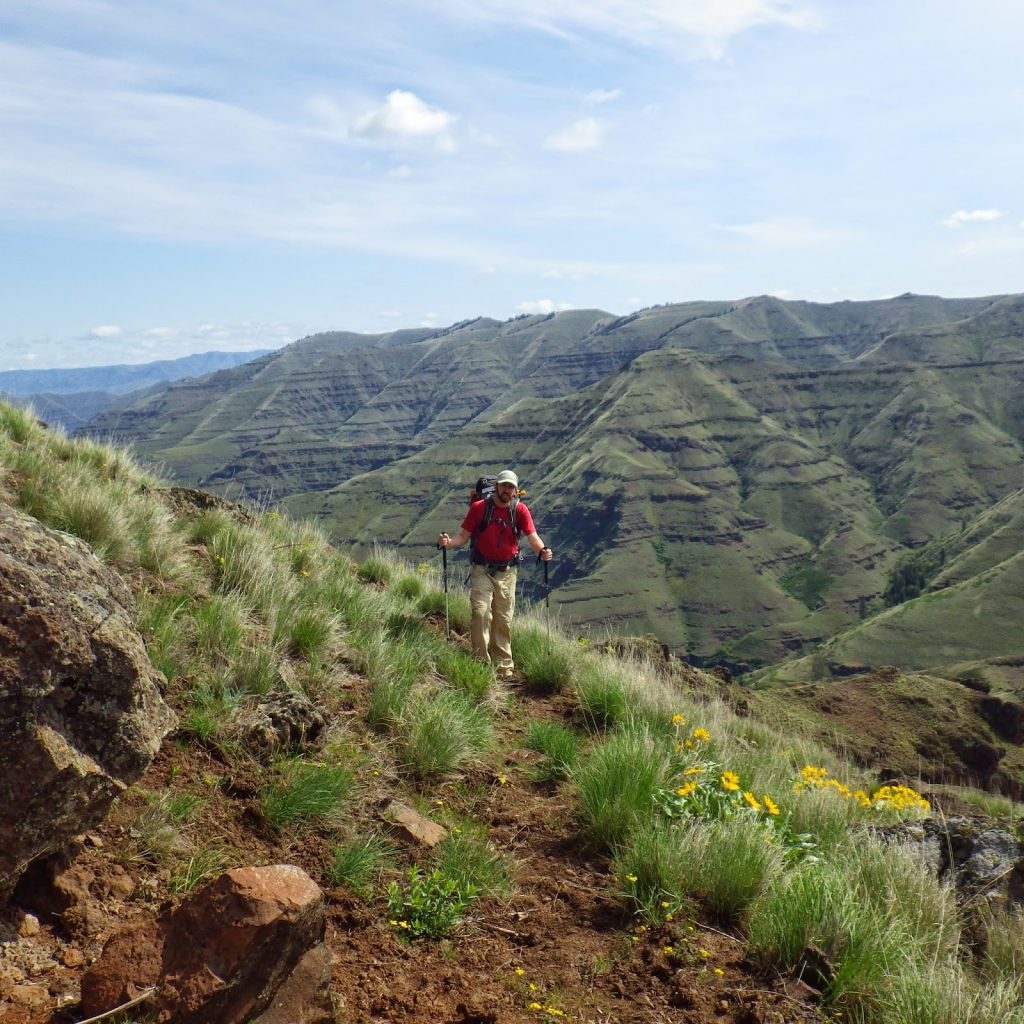 Anyway, the trail was very well marked by signs and cow poop until the last .6 miles. These miles were the steepest, least marked miles and had a not-so-friendly rattlesnake guarding them (no picture, for the sake of not getting bit). 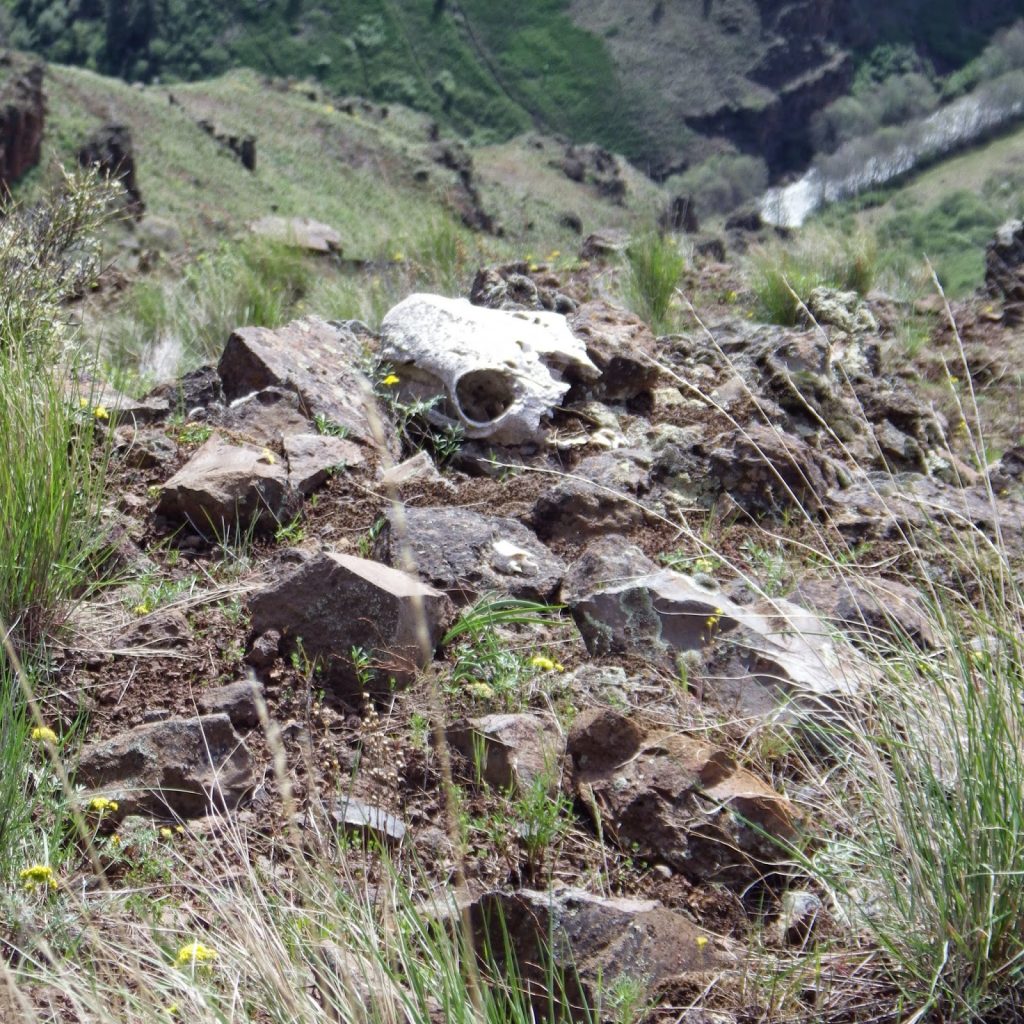 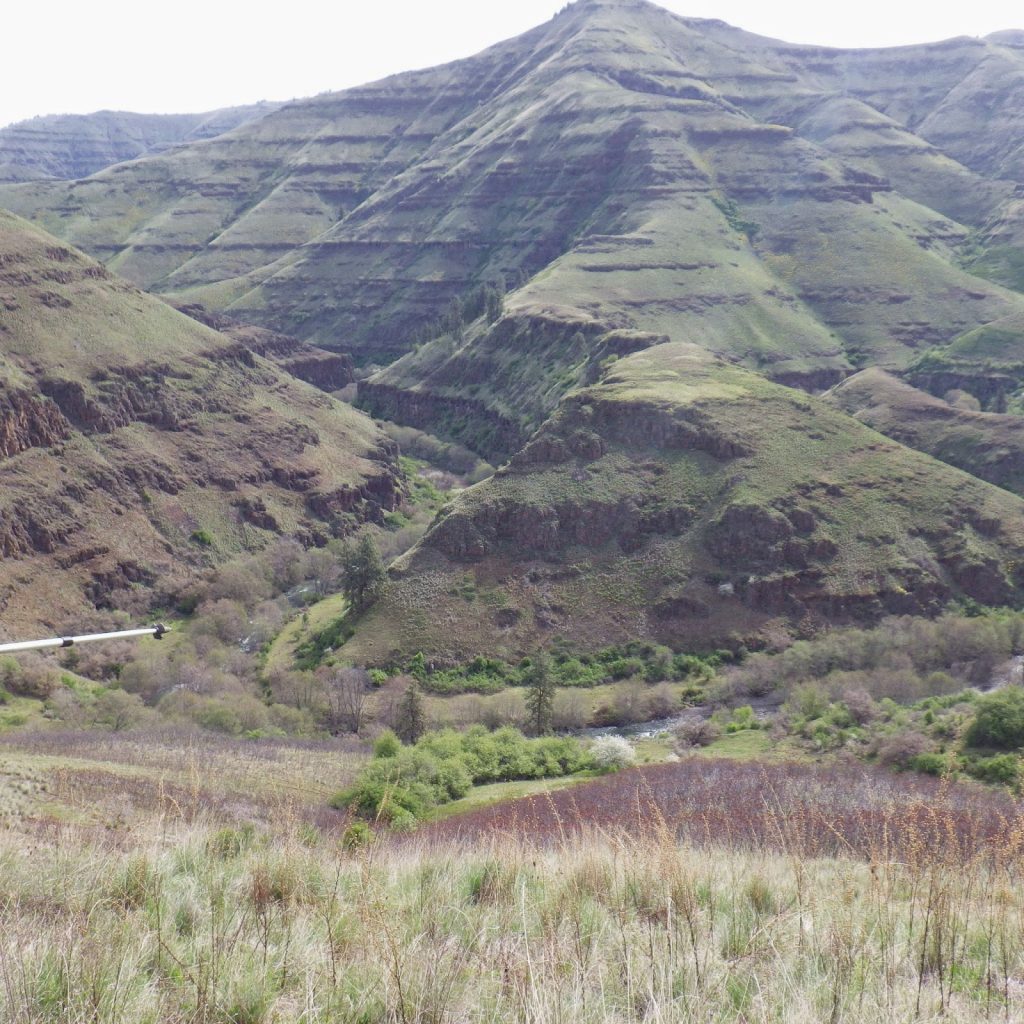 pointing to our camp, .6 miles away
Once down at the bottom, we found a hot spring, but not the bathing type, unless you wanted to also smother your body with cow poop. Beyond the hot spring is the Holy Grail, Joseph Creek, which is where we camped for the night. 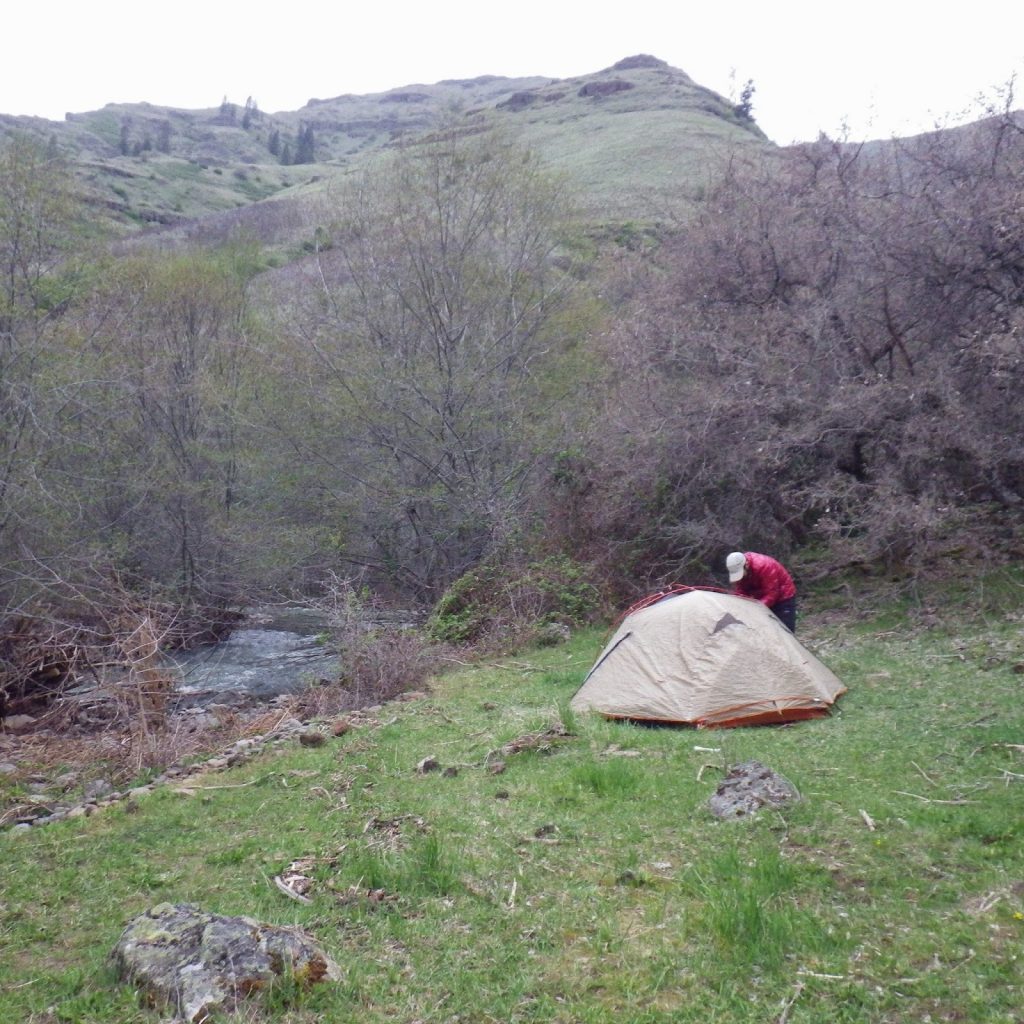 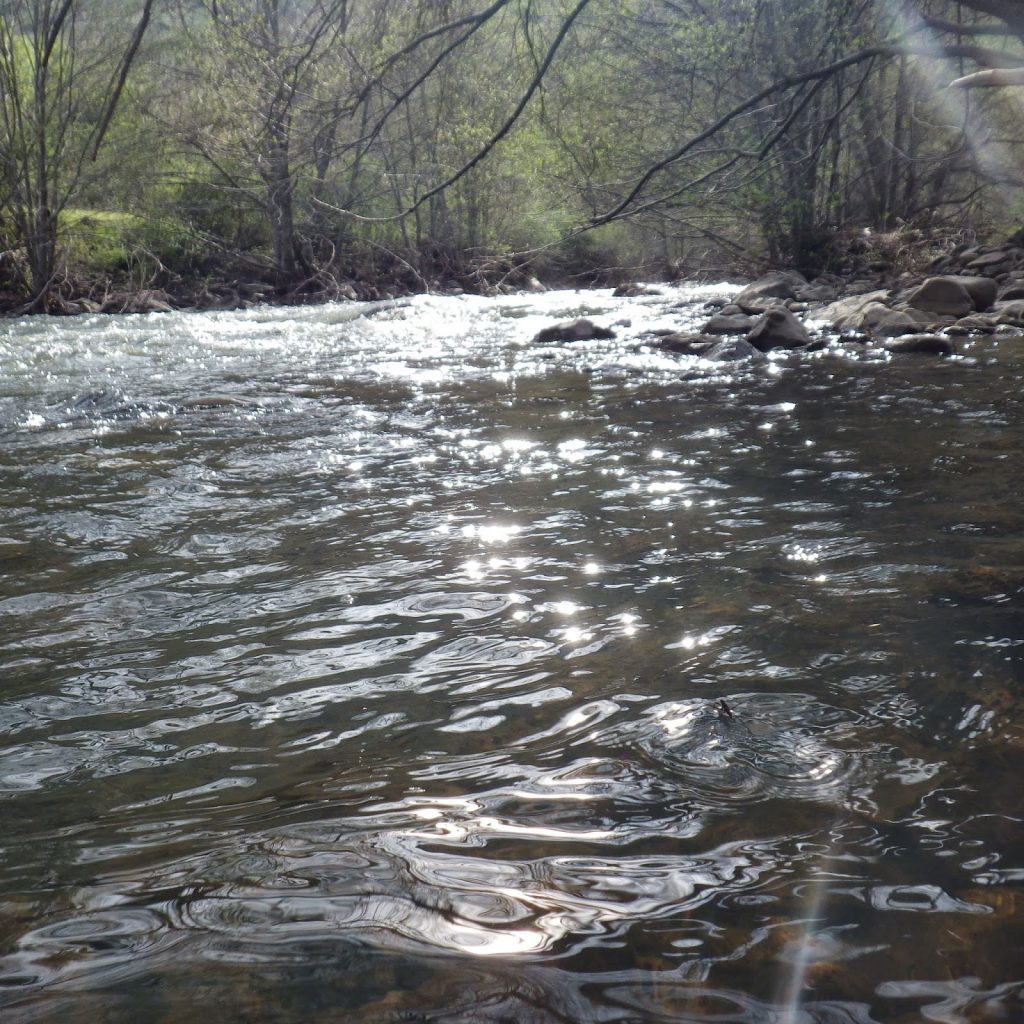 Part of Joseph Creek is designated as a “wild and scenic river” that eventually meets up with the infamous Snake River, but its rapid flow only has a short, 3-week window happening now. We saw two kayakers taking advantage of it, which is very, very difficult. There is little road access along the 48-mile creek and more private land than public. Plus, a ton of portages, but the brave souls can do it as a multi-day trip. I’m going to venture to say we will not be kayaking the Joseph anytime soon. 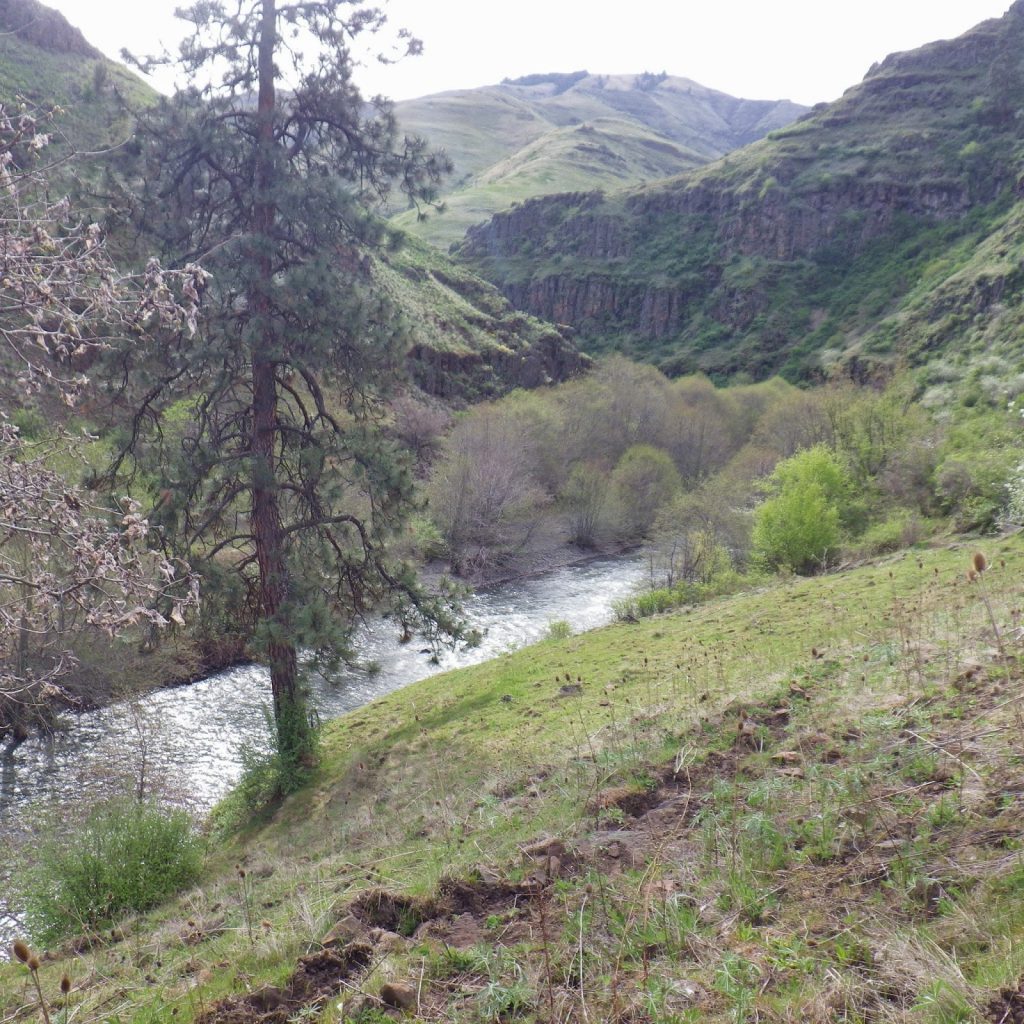 But, I am so glad we got down into the canyon again. We kept our rainfly off our tent to do some stargazing. Of course it started to rain at about 1:30am, so we had to scramble to put it on, but this is the chance we are willing to take. I think there may be 1 more public trail into the canyon to track down. There is so much more of this area to explore, I can hardly wait for our next outing. 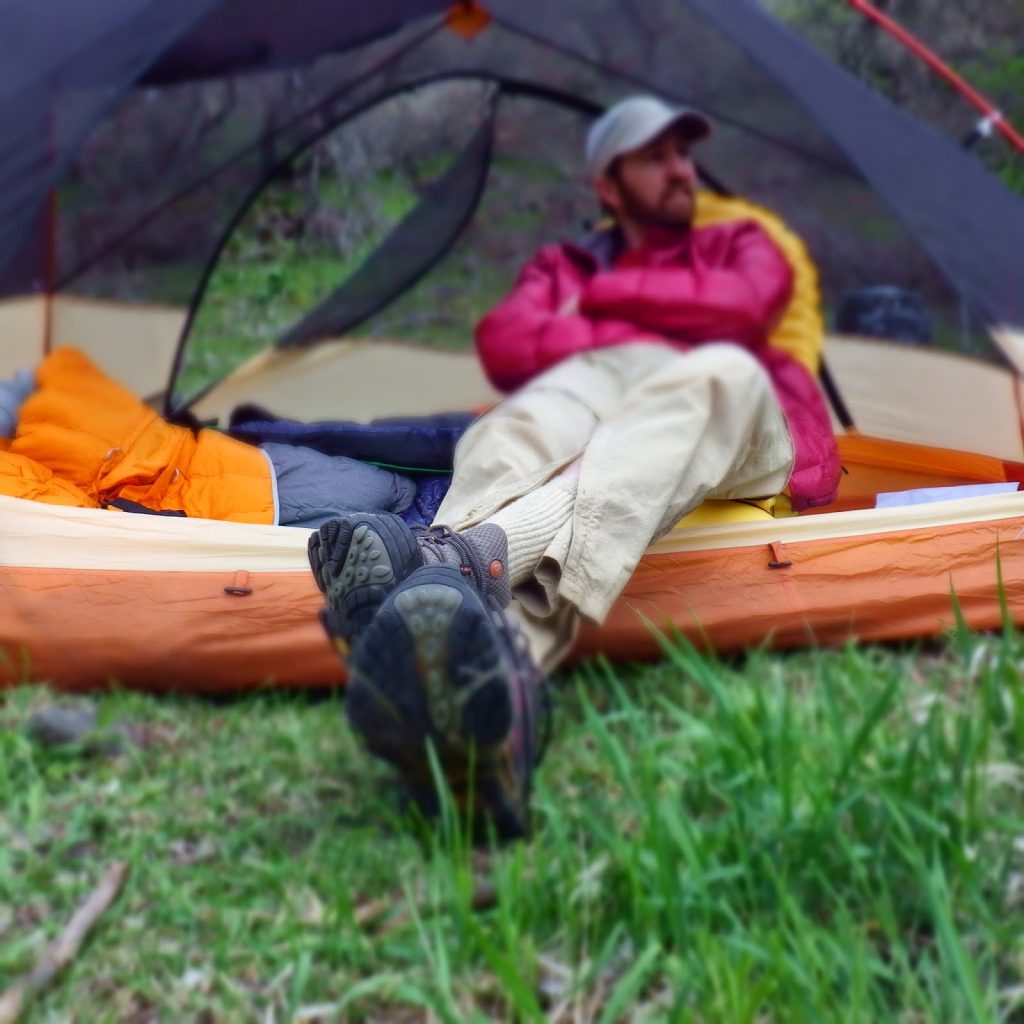 Bonus points for whoever can help me identify this flower (Misti!)? J votes Golden Ragwort and I vote Jerusalem Artichoke. 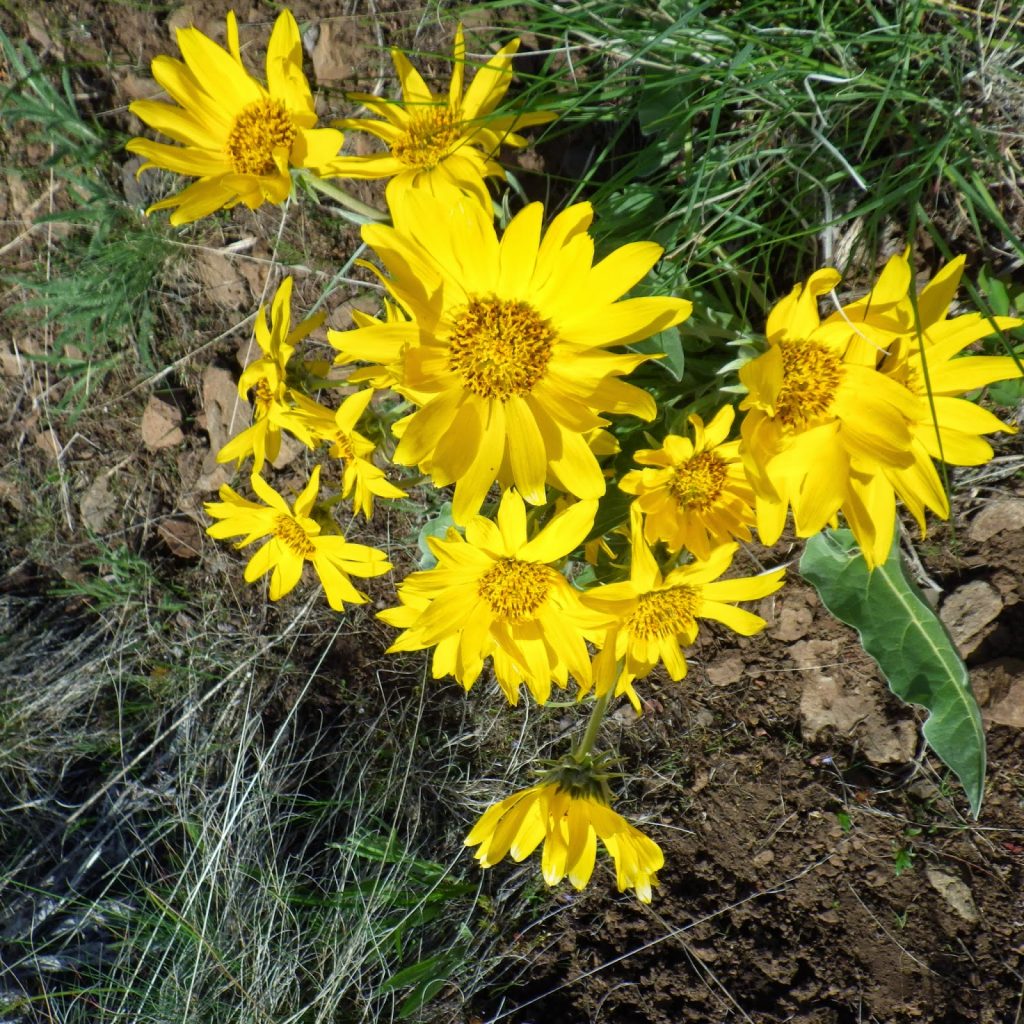