You are here:
This is our dear friend, Vern. Vern died today of stupid cancer. 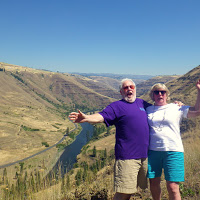 We’d like to memorialize Vern not only because he had a huge impact on our lives, but because he is a perfect example of how things can change so drastically in our lives and you really need to hug your loved ones tight and seize the day.

This time last year, Vern was working, getting close to marrying his love, Ann, and plotting retirement with big travel plans.

In August 2015, Vern started having some medical troubles stemming from his lifelong condition called esophageal achalasia. Basically his esophagus stopped functioning, subjecting him to countless infections. The doctors worked tirelessly to build his immune system back up and replace his esophagus. Then, in February, Vern received the unfortunate diagnostic news that he had an aggressive form of esophageal cancer that spread into his bloodstream. He was given 6 months to 2 years to live. Within 2 months, he lost his battle.

We met Vern in 2007. Vern hired Justin for his position as director of parks and recreation in Hopkinton, NH. J’s recreation budget was very small, so he relied on a recreation committee to implement all his programs. Through J’s 4 years working in Hopkinton, Vern was one of the committee’s most dedicated volunteers.

He was our Santa Claus. He was our Easter Bunny. He was the mastermind behind the elaborate Haunted Houses. He was the MC at our July 4th event.  He was one who initiated ideas and was the first to step up and say I can do that!  He was everywhere! 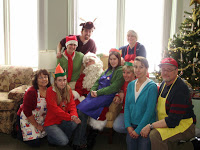 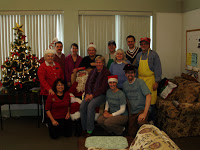 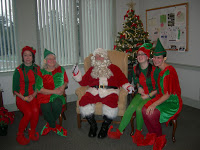 Oddly enough, Vern and Ann met through the recreation committee. J brought Ann on board and a few weeks later, caught Vern and Ann holding hands in the kitchen.

Leaving New Hampshire was a very difficult decision for us. J loved his job. I had finally made the switch to freelance writing. We loved our life. We wanted some grand adventures (i.e., thru hiking the Appalachian Trail), so ultimately, those won out. Now that we have traveled and lived all over the U.S., we can say in earnest that Hopkinton was the one place we would settle down (if we can settle down again) and it was mainly because of the people we met there.

Every time we move, J sends out an email telling all our friends what we are doing and where we will be.  Within minutes, Vern would always email me back and say that he and Ann were coming to visit.  They visited us at Bears Den in Virginia and at RimRock in Oregon. Whenever we made it back to NH for visit or even just passing by, Ann and Vern would welcome us with open arms, gathering some of the volunteers together. They even hosted J when he was invited to speak at a NH Parks and Rec conference. 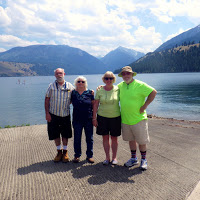 It is funny how you think of someone being invincible. When he was given that ugly timeframe, we thought for sure he would beat the odds.

I think Vern would want everyone to know that you should live life to its fullest. Vern, since your time was cut short, we will continue to do that for you. And, in an ending message, we, the “Wandering La Vignes,” would like to say on Vern’s behalf … get out there and don’t wait.  Life is precious and seize the day!

Vern, you will always hold a special place in our heart and hope you will look down upon us as we explore for you …