You are here:
Back in May, we did a little scouting on the hardly used Chico Trail down in Joseph Creek Canyon in the Wallowa Whitman National Forest and created a loop trip that had all the makings of the perfect backpacking trip–no crowds, views, wildflowers, wildlife, good water source and challenging terrain. That trip was a little ill-fated since we lost our tent stakes, lost the trail a few dozen times and my GPS died, but we realized it was a gem nonetheless.
Here’s the thing. One of my many writing dreams is to be published in Backpacker Magazine. Yes, I’ve worked for them, and we both still do as a gear testers (currently testing FIVE different items). And yes, J and I appeared IN the magazine via a Goodyear ad. But I am talking about a byline. In my time getting to know the editors at BP, their biggest piece of advice was to pitch an article idea for a trail that is hardly known and never been published. BP has been in print for 40 years. As many trails as there are in this country, there are few that haven’t been covered.
Well, I pitched the Chico Trail loop and they accepted!!! It should be published in the May 2016 issue of BP. You did not read that wrong. May of 2016. My dream will come true TWO years from now. I’ll take it.
So we went back out to get an accurate GPS track of the loop and take more pictures. Not much had changed about the trail since May … it was still overgrown and underused. Here’s proof of how little this trail is used … we found our tent stakes in the same place we dropped them!!!!!!! 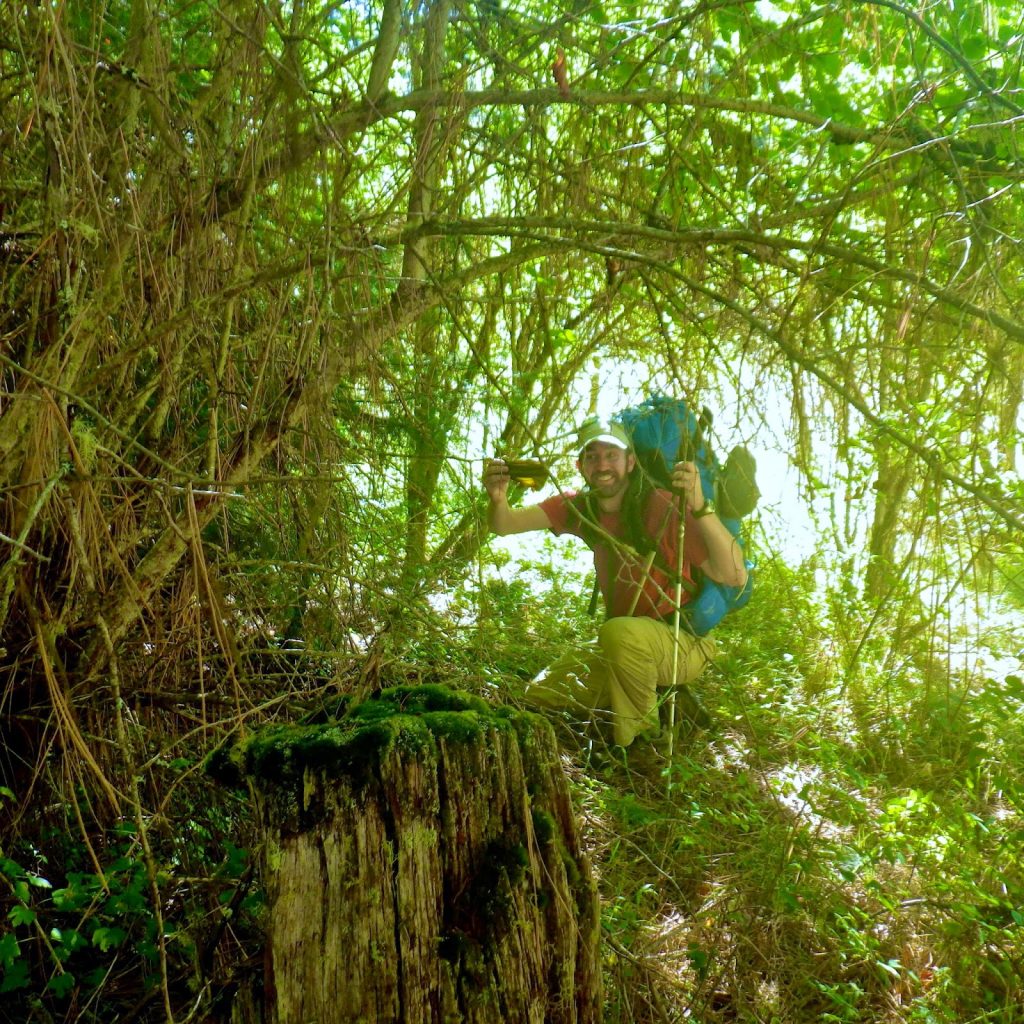 Down, down, down we went again from 4600 feet to Davis Creek at 3900 feet, then back up to Starvation Ridge at 4500 feet, then down to Swamp Creek at 3000 feet, then looped back around Starvation Ridge via Swamp Creek and Davis Creek. The wildflowers were gone, the dozen streams we had to cross were lower, there were fewer cow and more bear (we only spotted one, but saw more fresh bear scat than we’ve ever seen … J reminded me 4 times what to do if a black bear attacks; this is how nervous he was). I took a gazillion notes and a gazillion pictures. In fact, I need your help deciding which pictures are best?! I narrowed it down to under a dozen! 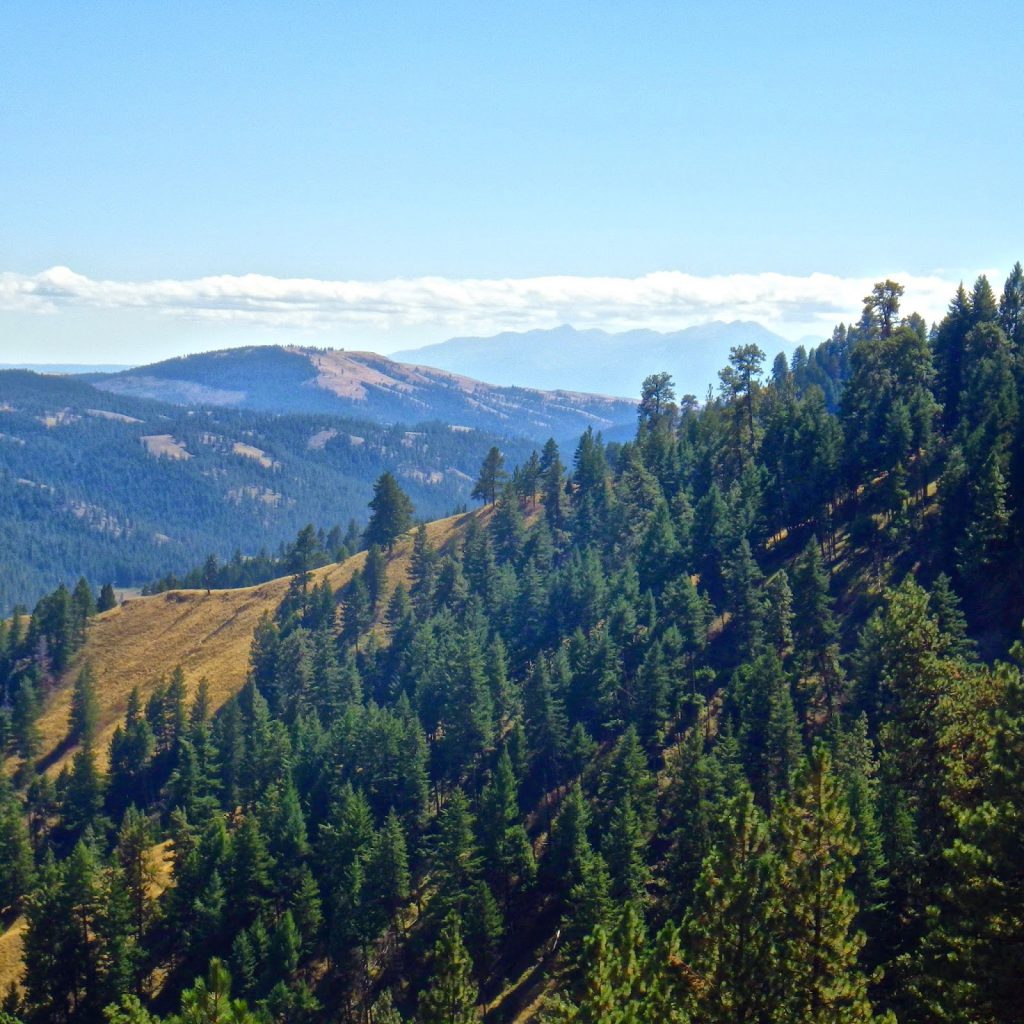 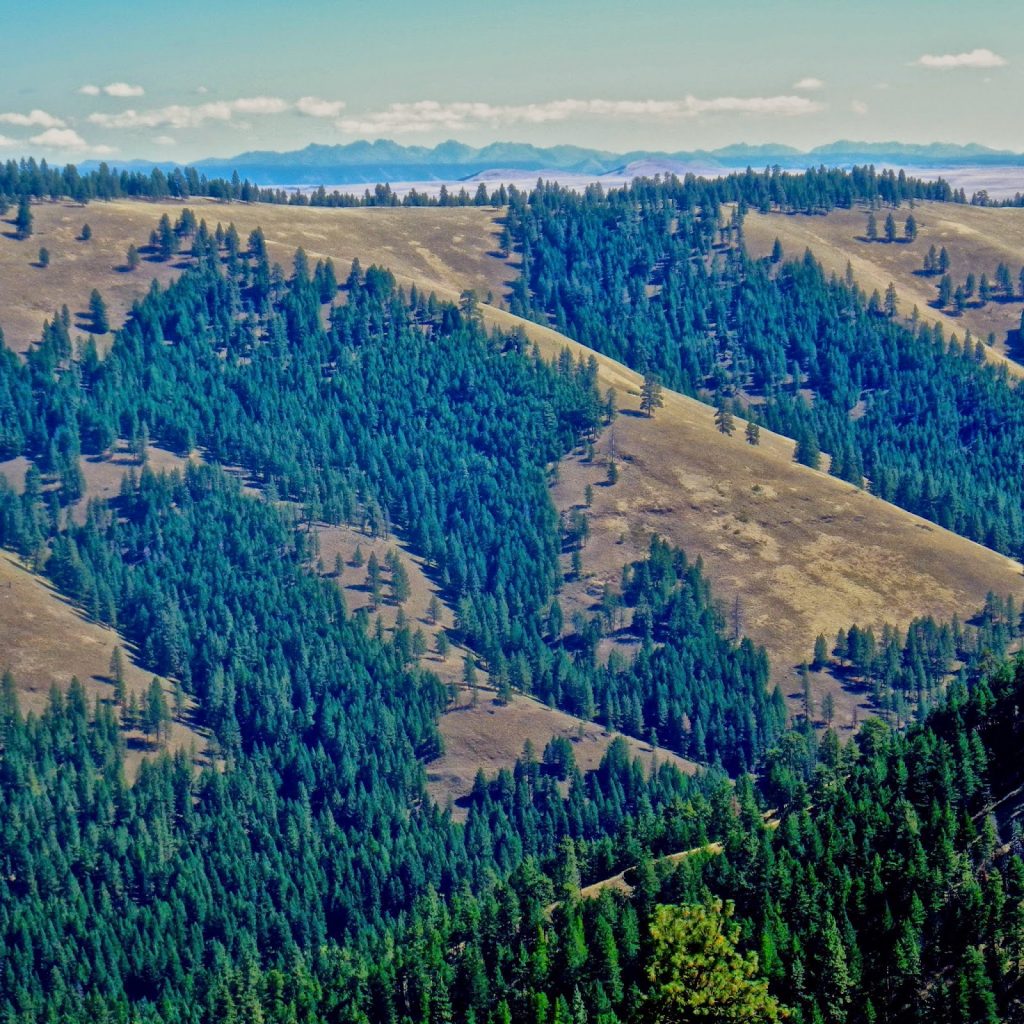 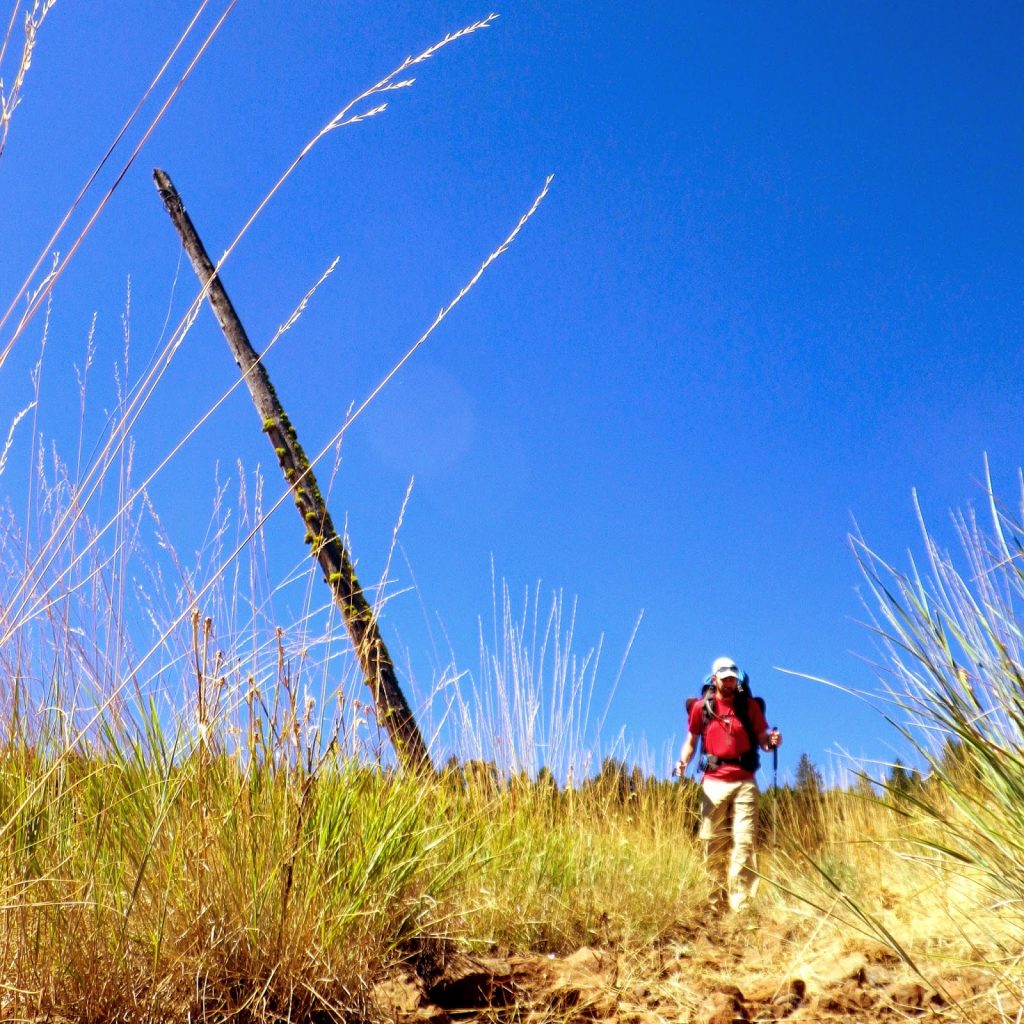 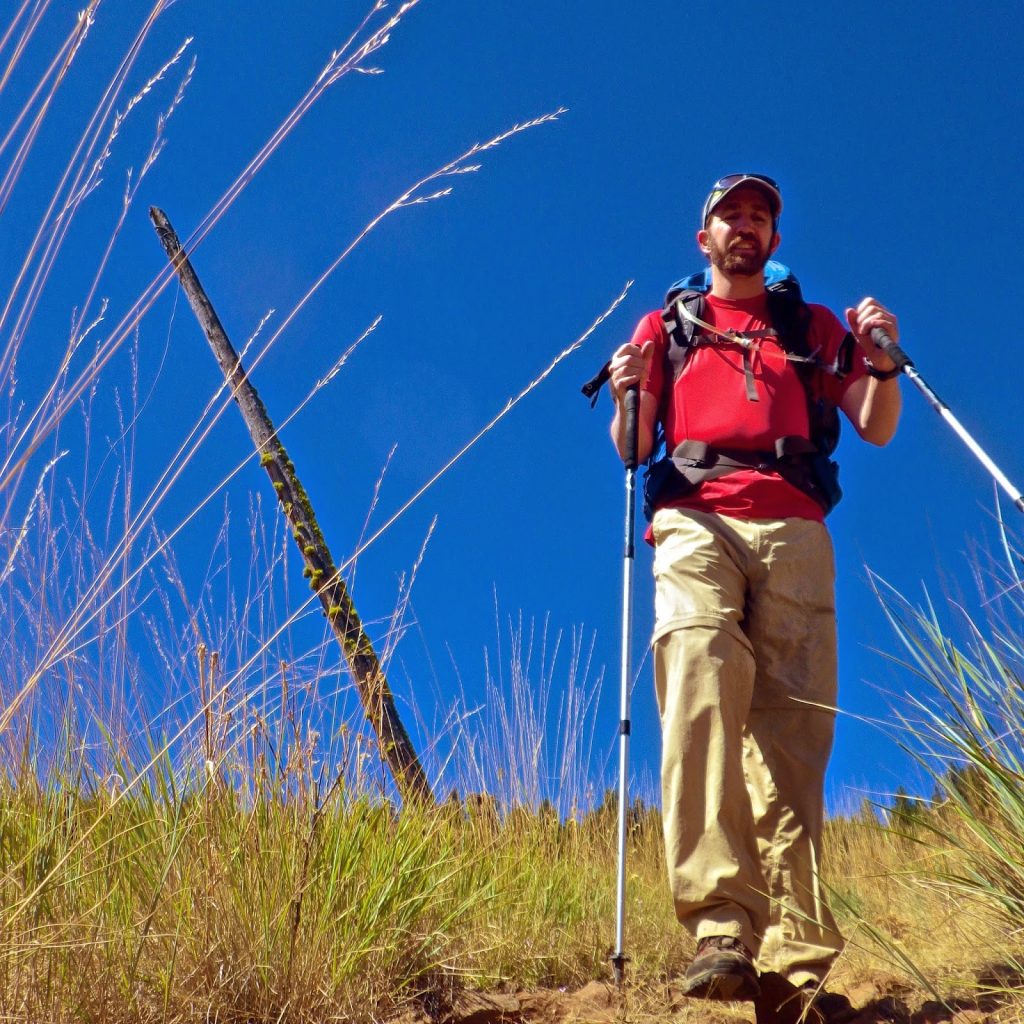 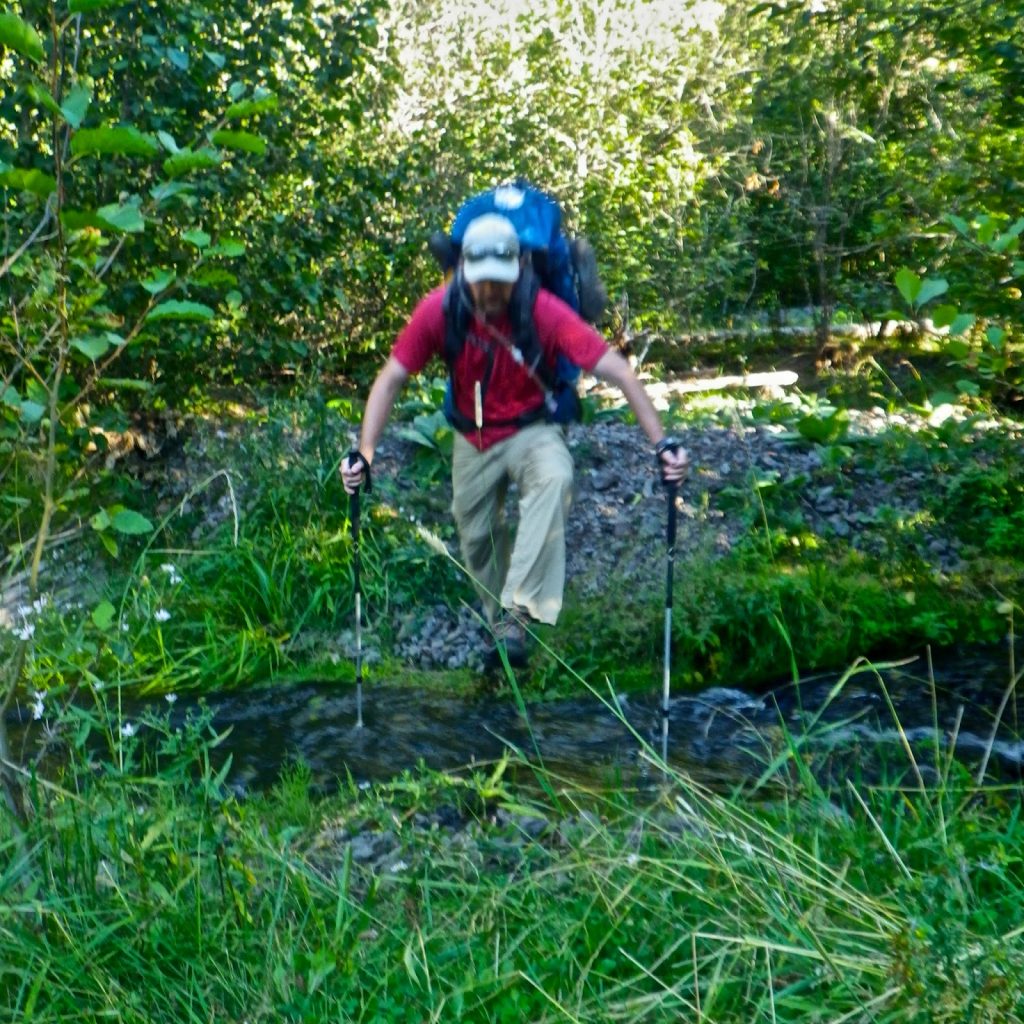 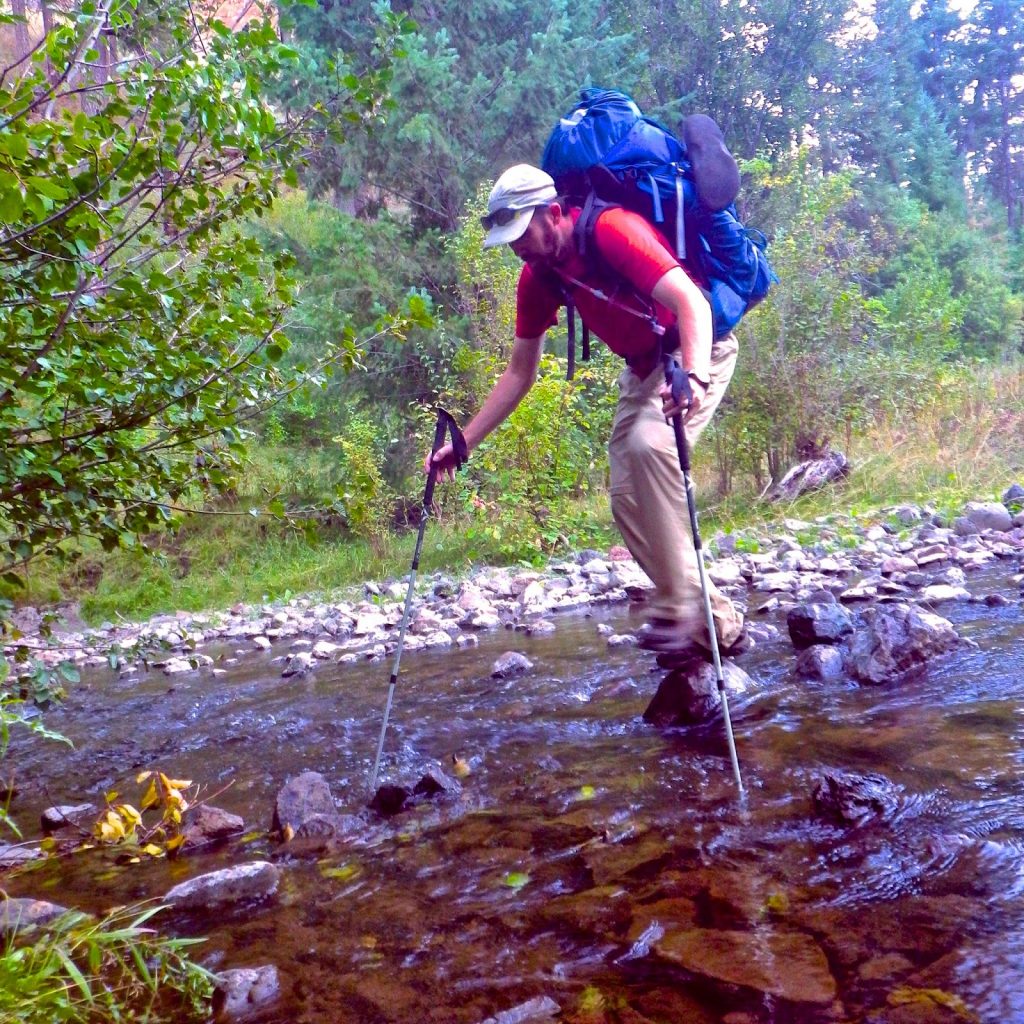 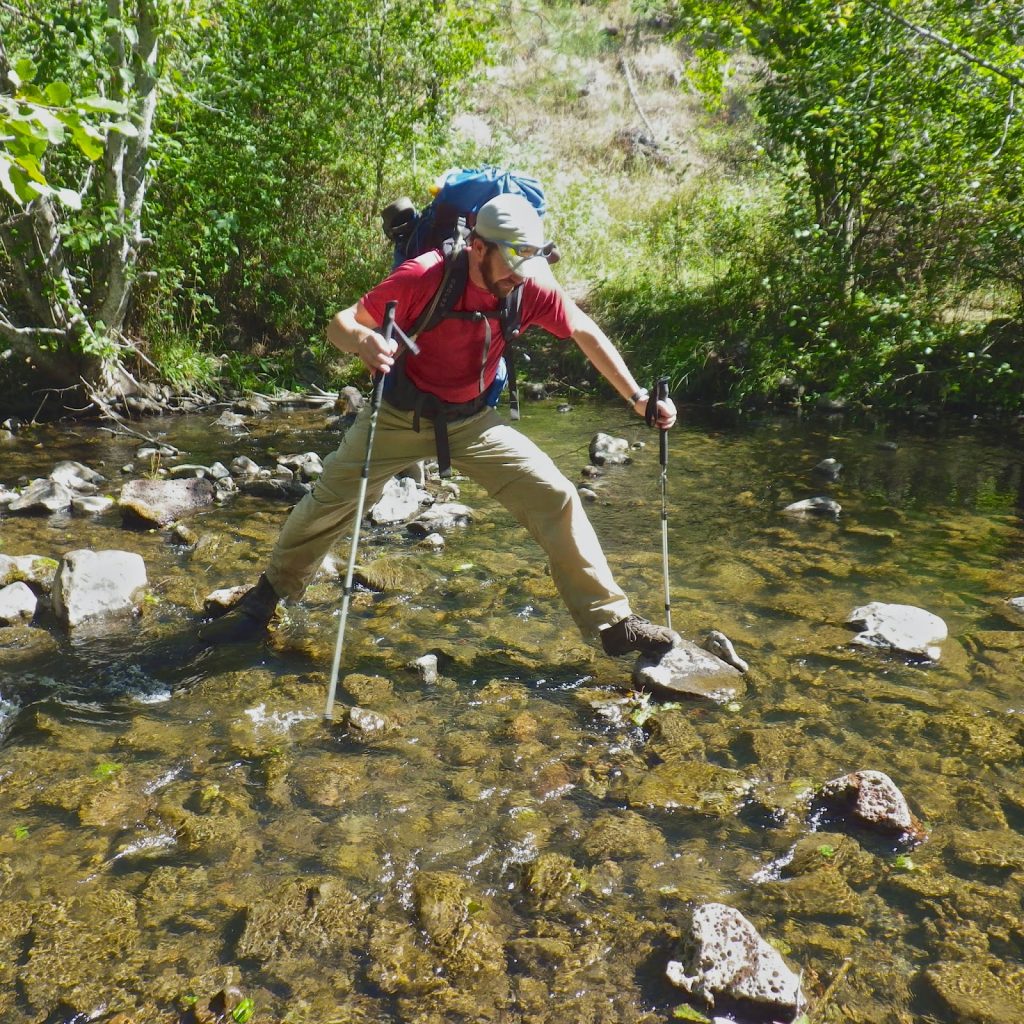 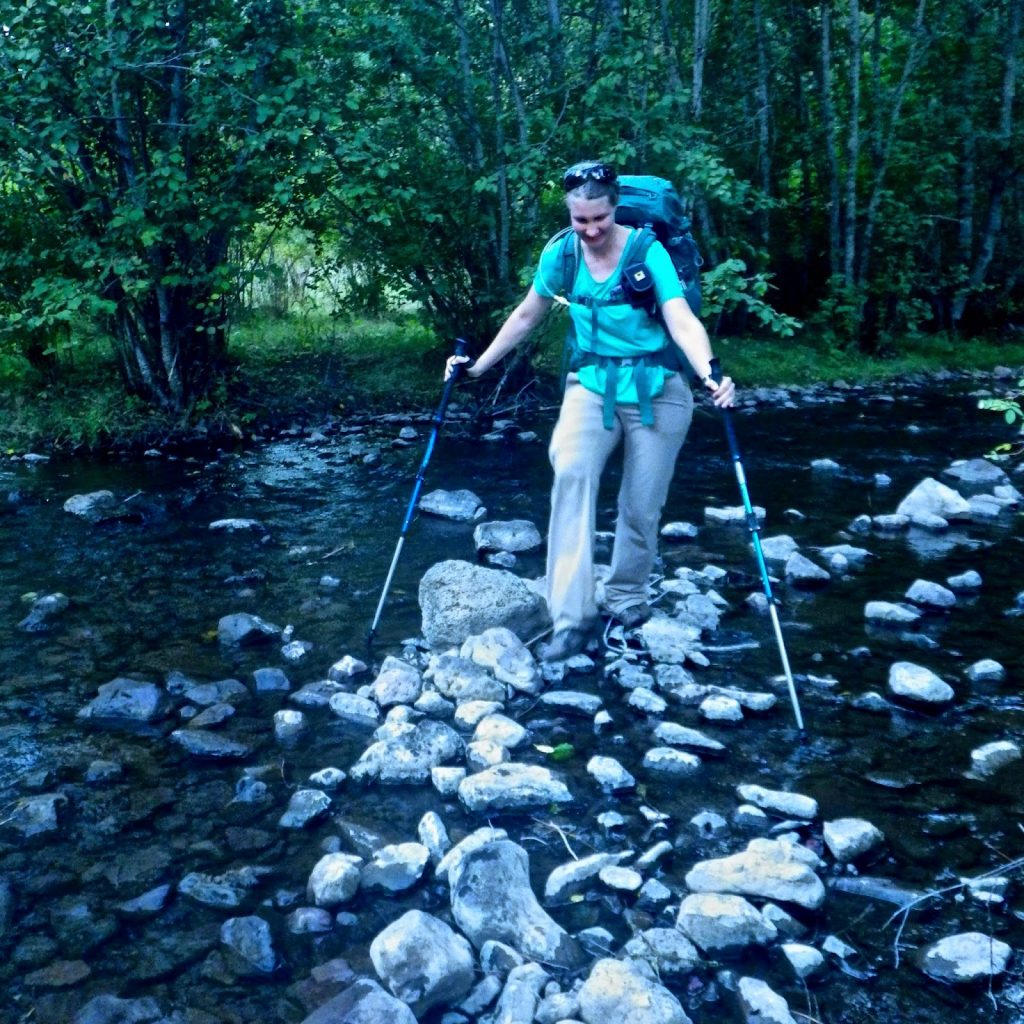 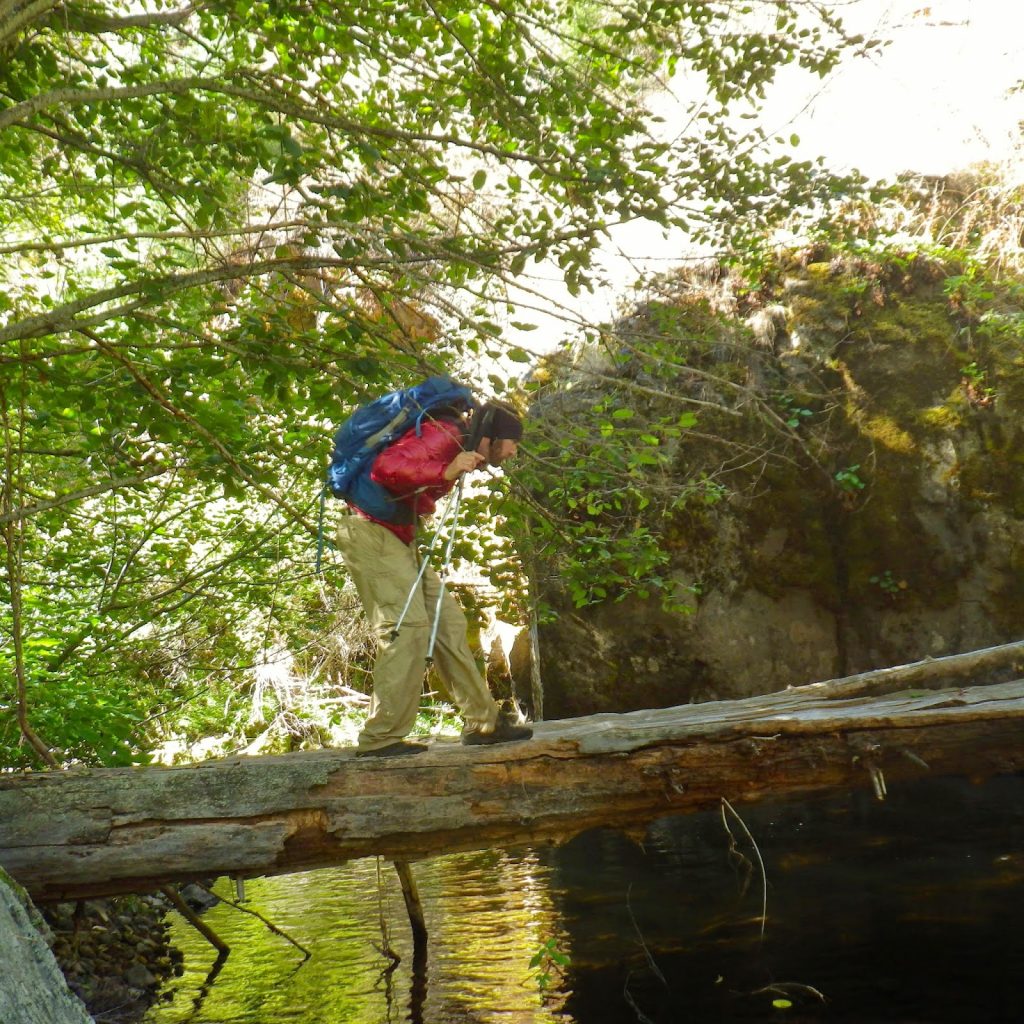 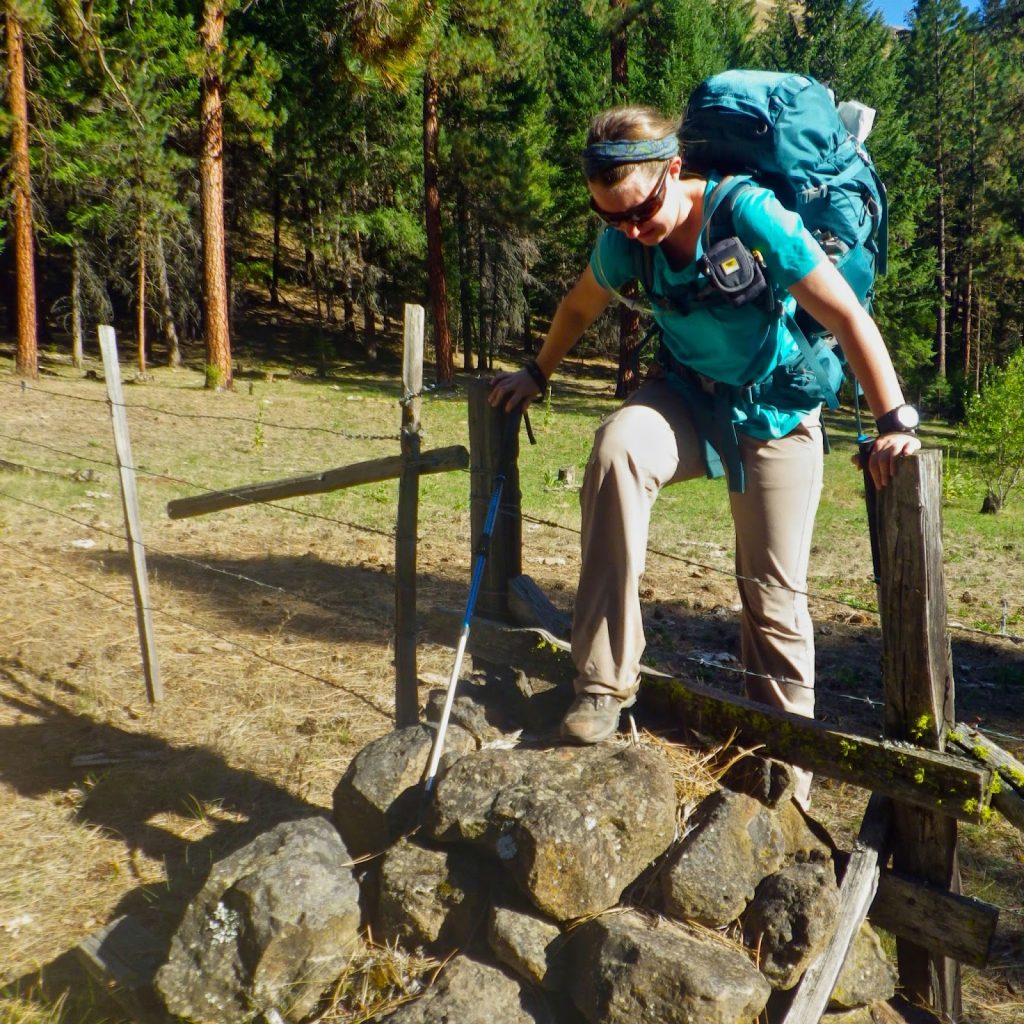 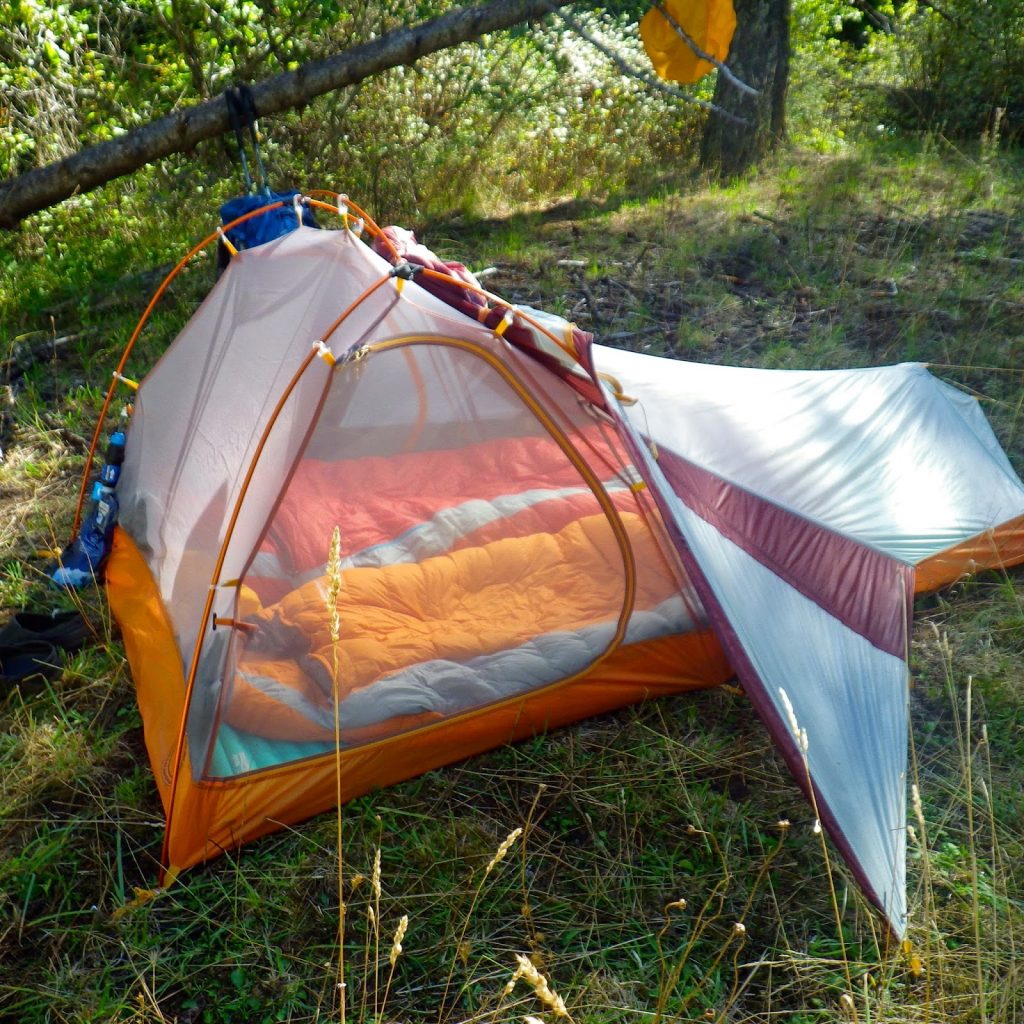 sneak peak at a new prototype tent we are testing for BP!!
So ready, set, write. And hopefully this could be the start to many more published articles in BP.
Categories: Blog Post, PostsBy plavigneSeptember 4, 20144 Comments
Tags: BackpackerOutdoor Recreation