Hello from Lake Tekapo! We are enjoying a half day of rest with this beautiful view … It’s very tempting to take a zero day here! 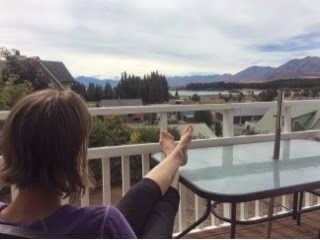 We have hiked 140 kilometers (84 miles) from Lake Coleridge/Methven/Rakaia River and are now at kilometer 2370. Woohoo! 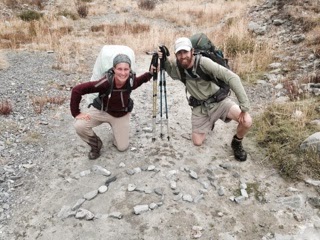 We left Methven early Thursday morning via the school bus to get to the other side of the Rakaia River. This bus ride worked out perfectly; the bus has to pick up a few schoolchildren on the desolate road where the trailhead is, so the driver is going there anyway. Win-win situation. This would probably never happen in the US though! 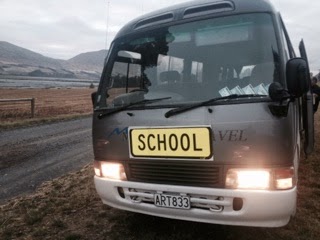 This section had some good bits, but some bad bits as well. Overall, the landscape was a bit sun-bleached and dry compared to the lush forests we’ve been going through. And, it was silent! No trees means no birdsong! But, on the other hand, there were some new wildlife, like tahr, chamois, and wallaby to spot! Plus, some great views all around.

As usual, here are the themes…

1) River Crossings … Again … And Again … And Again
On the Appalachian Trail, we crossed a river a grand total of 24 times during our 141 days (this means feet wet, not just rock hopping. Counting the number of times we rock hop would be maddening). On the South Island of the Te Araroa, we are crossing rivers and getting our feet wet 24 times a day. One day, we crossed a river (Ashburton) 54 times. That is not a typo!! I find the river crossings exhausting, both mentally and physically, so I am over this hogwash and having wet feet. I’ll take the rickety swingbridges over this any day! 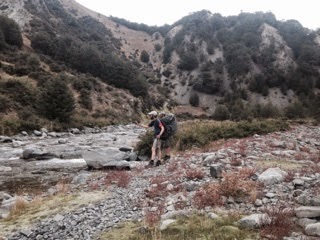 I leave it to the men to pick our best crossing route. 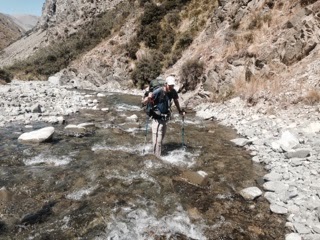 This was crossing #26 of the Ashburton River. 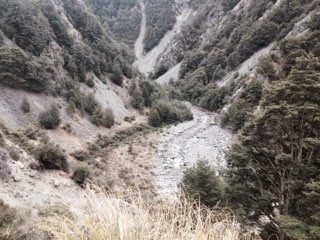 We only crossed the Bush River 17 times.

We also encountered another “hazard zone” river like the Rakaia. This time it was the Rangatita with the same warning and suggestion to go around. However, we had been getting daily reports of people successfully crossing it these last few weeks. And while the hitch around the Rakaia was difficult and time-consuming for some (easy for us), the hitch around the Rangatita was that much worse. It took our friends a full 24 hours! So, we decided to give it a go and gathered all the best advice for crossing points. In the end, we succeeded. We crossed 17 braids. Only 5 of them were tricky with swift current and high water. But the highest it got on me was thigh high, so even that is not half bad. 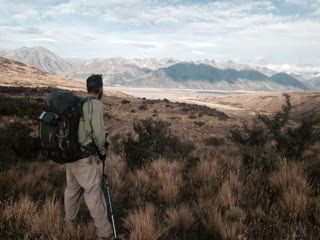 Thanks for letting us cross you Rangatita!

2) Killer Plant Life
One of the distinguishing features of the South Island is tussock grass. Pretty to look at, but … 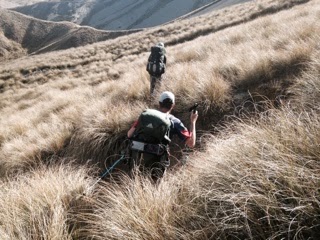 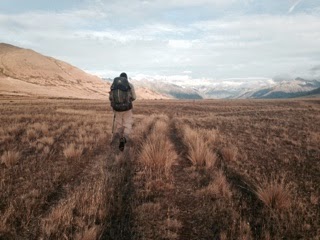 It comes in all sizes and can make for slow and annoying travel. It gets caught around your shoes, is slippery even when dry and covers the ground (and thus any holes, rocks or uneven surfaces). Typically, there is no distinct trail through the tussock fields, so you are literally bashing your way through. Even if there was trail, you would have a tough time finding it! The monocular came in handy many times! 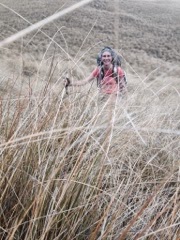 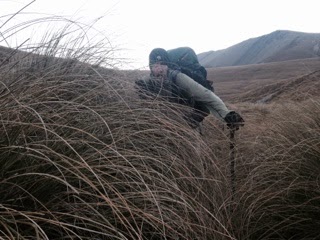 Have you hugged your tussock today?

Tussock is not the only plant life out to get you. There are also matagouri and speargrass, both of which can cut you up with their thorns (matagouri) and knife-edge spikes (speargrass, hence the name). This section was riddled with all of these and we have the war wounds to prove it! 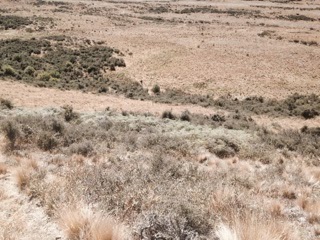 The Matagouri look so innocent in the picture, but I assure you they are not!

I don’t think there are any other places where the plant life is deadlier than the wild animals.

3) Getting High
Not the getting high you are thinking of, but we reached the highest point of the entire Te Araroa Trail at 1925 meters (6,315 feet), Stag Saddle. 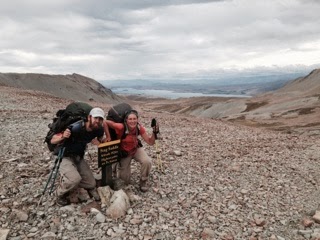 Stag Saddle wasn’t the only time in this section we had great views. There were many others. 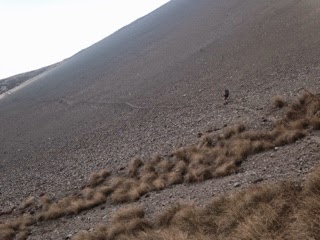 In NZ, going up to get the views usually involves skree. I am still a non-fan of skree. Our current hiking partner, Kevin, loves to run down skree. Check out that video on our YouTube channel! 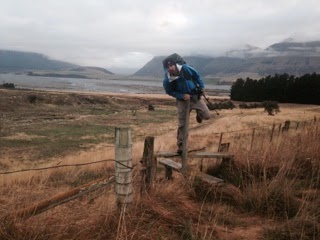 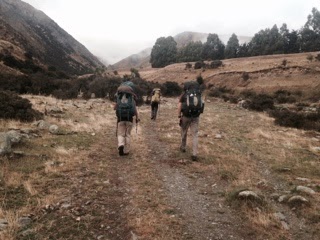 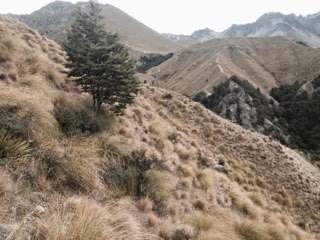 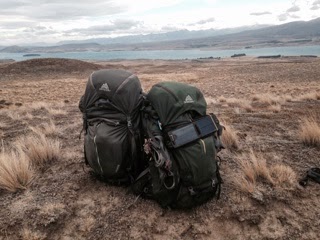 4) Hut Report and “The Hobbit”
We were warned the huts in this section were a bit “tired” (one was built in the 1890s for goodness sake), so we didn’t really plan our camp spot around them. In fact, we tented most nights. There are such ugly tent spots in the South Island, don’t you agree? 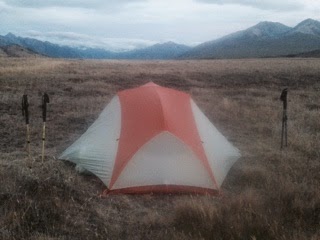 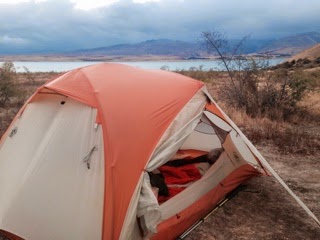 The only hut we stayed in was Royal Hut, where Prince Charles reputedly stayed. We actually did a short day (16K) to get there and watch “The Hobbit” on the iPad. We had rented it in anticipation of having some bad-weather days on the trail and having to hunker down in a hut. But, thankfully, that never happened. Our movie rental was expiring, so instead of letting it go to waste, we hunkered down at Royal Hut on a perfectly clear day. 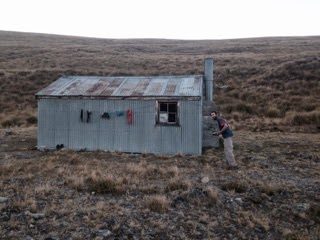 This hut is fit for a prince!

There should be more frequent updates from here on out, as we are through the remote areas and will be passing towns more often now. I am excited about passing town more often. I have to say my hygiene level has hit an all-time low on this trail!
Categories: Blog Post, PostsBy plavigneMarch 3, 20152 Comments
Tags: International TravelTe Araroa (TA)