Our Te Araroa speaking tour took us through the Midwest, somehow magically without any winter weather.

We both love, love, love standing up in front of people and educating them about our passions and adventures. But I think the thing I enjoy even more is being able to give away free gear. It wasn’t so long ago that J & I would be in the audience ourselves hoping to win and going to REI garage sales to get the best deals … Oh wait, we STILL do ALL of that. Gear, it’s an addiction. But, in any case, I love being on the giving end. People are so darn appreciative! 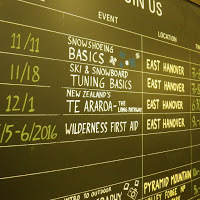 While driving across the country, we (of course) visited with friends! The most prominent visit was the 4-day weekend we spent in Columbus.

We always stay with Jay & Adrianne. They are gracious enough to host us, take us to the hospital when necessary, and we always have a grand old time. Plus, Columbus has the best sushi across the whole US … Mr. Sushi (I understand your shock, but I wouldn’t lie). 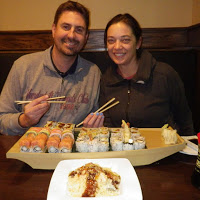 This go-round, we added a few more peeps to the picture.

J & A’s friends, Sean & Sara (who we’ve gotten to know over the years), were in Columbus visiting as well. Not going to lie, we stayed up way too late, ate crap and drank more alcohol than we have in the last year, but it had to be done. 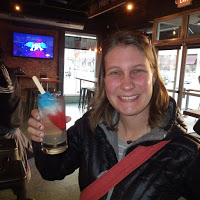 Yes, that is a bomb pop drink. Yes, it was delicious. 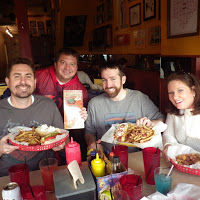 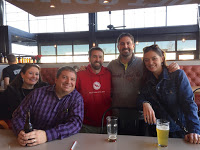 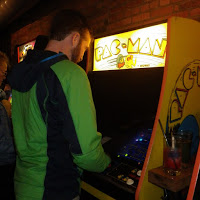 We hit this bar that had old-school arcade games, like Pac-Man, Donkey Kong, Marble Madness and Frogger. My inner 12-year-old was jumping up and down.

One of the weekend activities was playing poker. All 5 of them, including J, are pretty much professional poker players (in my mind). I have never played poker, but have watched J plenty of times. So I got the gist. Well, guess who got in 2nd place????? MEEEE!!!!! Did I mention J got first?? I’m starting to think maybe J & I should seek a new venture as card sharks/hustlers … 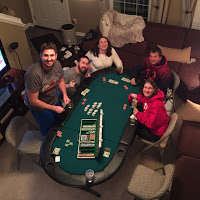 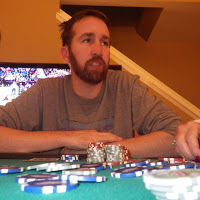 The more civilized activities included putting up the Christmas lights. I love coming through everyone’s house during the holiday season. If there is one thing I miss the most about not having a permanent roof over my head, it’s being able to decorate. I fantasize about someday opening up my 3 tupperware boxes full of Christmas decorations sitting in storage. For now, I live vicariously through others. 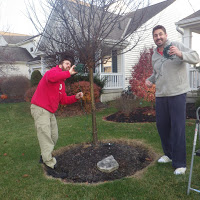 My friend Shayna also drove down to Columbus from Cleveland! We introduced her to Cards Against Humanity. Being a librarian means Shayna is incredibly knowledgeable, but she learned a few “street” words that night. 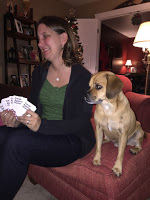 Oooh! Pretty nails thanks to my sister!

I also saw a very long lost friend in Columbus … Jill from grammar school. I went to a very tiny Catholic school (graduating class had SIX people), so it’s sort of this unbreakable bond! 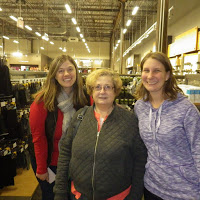 We had a few more quick friend visits in Indianapolis, including my old housemate from Arizona. 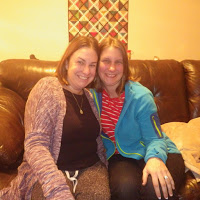 No friends to visit in St. Louis & Kansas City, but we certainly made a few new ones through the tour!!

Now we are Colorado-bound for the foreseeable future. We have 3 more TA presentations around CO, but they won’t happen until January. In the meantime, we have a 10-day Wilderness First Responder course, then will hob knob with J’s family there for the holidays.