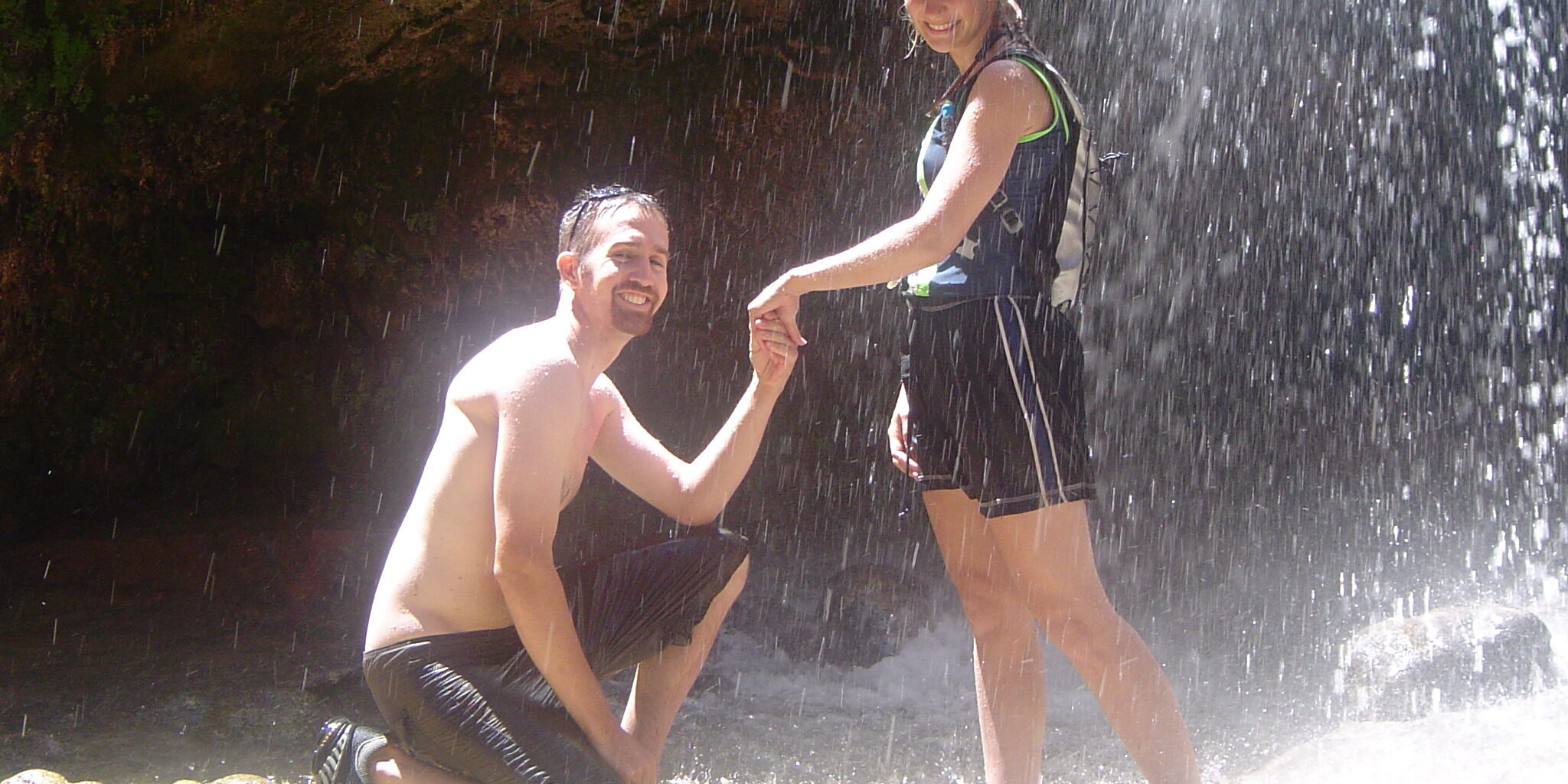 Justin & I have been married for 15 years. 15 years??? Holy cannoli. It feels like a milestone, so I thought I’d do a little unpacking of the arc of our relationship. I warned you I’m very reflective in my 40s!

As most couples, we started our years wrapped in a blanket of bliss, living a status quo life with full-time jobs and a house (albeit, not a normal one, but one from the 1890s that we partially renovated).

Then we decided, why not shake things up? We left our jobs and hiked 2,181 miles together. We adopted a “life less ordinary” and weaved in and out of hospitality/environmental education jobs, packing up and moving from Oregon to Massachusetts to New Mexico and a few other places in between. We bounced across America on speaking tours, wracking up thousands and thousands of miles in camper vans and Subarus. We’ve lived in everything from 29 square feet to 2000 square feet. And through this nomadic whimsey, the reality of hospitalizations and surgeries had us simultaneously counting our blessings and reminding us why we work so hard to live for today.

Since settling down in Alaska, there’s been another shift.

On the road and trail, we figured out our rhythm rather quickly. Nomad life equals all sorts of moving parts and we split duties/roles efficiently. On top of that, since our work merged (content projects, public speaking, property caretaking), we seamlessly capitalized on our individualized strengths to become a dream team (I swear, someone else gave us that nickname). There was really no separation between any aspect of life.

But when we bought a home and started living year-round in Alaska, therein started another new phase in our marriage. Without all the logistics and distractions of the vagabond life for the first time in 10 years, we could reinvent ourselves. Like as individuals.

To be honest, it was just what we needed. Working/playing/living together 24-7 is both terrific and tough. While working as a team drew us closer, it became easy to take each other for granted when the boundaries between work and love were crossed. Things that were mine and his became the things that were ours. It took me some time to realize I lost a bit of my autonomy and sense of self in our partnership.

I am certainly not the same person I was the last time we maintained a traditional life. What you don’t know or admit about yourself can be harmful to your relationships. These past few years have been a period of self awareness and rediscovery. For example, when Justin got rid of his cell phone in 2014, it made perfect sense to share one. But I didn’t realized how bothered I was by it until he got his own in December 2020 and I felt a sense of relief! And then when we started to work separate jobs, I remembered how invigorating it was to have something that was all mine and all his. Took a little recalibrating of personal space and boundaries, but we’ve found our rhythm again in this Alaskan life.

The point being, it’s amazing how much loving someone else can teach us about ourselves. You become grounded in the humility that makes a relationship work through all the stages of life. And one thing is for sure: we are better versions of ourselves because of each other.