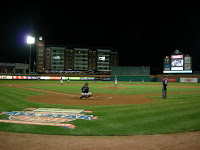 I always hated baseball until I went to my first Arizona Dbacks live game in 2001. Then I realized how fun they can be! Since then, I cannot even count how many games I’ve been to all over the country. Last week, J’s cousin was in town playing. He is a relief pitcher for the Binghamton Mets, the AA affiliate of the Mets. We have seen him play a bunch of times in Virginia and North Carolina when we were living down there and he was playing for the Norfolk Tides when they were the AAA affiliate of the Mets. Anyways, we went to two of his games last week and it was the first time I realized how confusing the rules of the game are. Like how a fly ball is an automatic out if someone is on third? What the? J apparently knows all the rules, but I really wonder how many people watching actually know them or are just there for the hot dogs?? 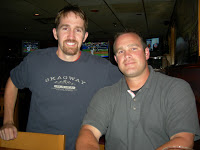