For the third summer in a row, QuickQuestion, Yankee, Bones and Curly Locks made a vacation out of visiting us in New Hampshire. And we all survived for the third year in a row. Adults, kids and cat included.

We jam-packed the weekend with fun and new things around the state! And because I know you want to know, I will give you the rundown. Warning. Lots of pictures ahead.

Thursday: Canobie Lake Park from 11-9:30
It is a really fun amusement park. But I think I realized that I am no longer 10. Spinning and fast rides=spinning head and stomach. We all went on the log flume and I successfully kept myself pretty dry until we got off the ride and I was walking across the bridge, where apparently you go to get soaked. I actually started running to get by it when I realized the tsunami was coming, but got trampled by other people running and lost my sunglass lens in the process. Awesome. Regardless, the kids had ear-to-ear smiles all day and that’s all that matters. And, they had a special Michael Jackson impersonator show at the park. It was very entertaining and only makes us wish that we would have seen him for real! 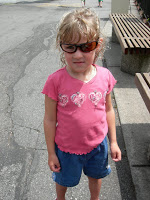 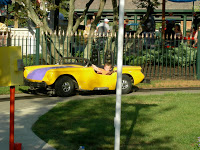 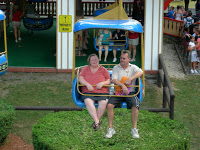 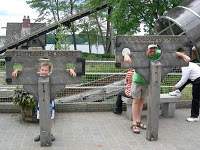 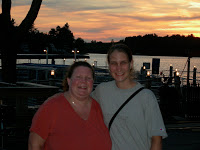 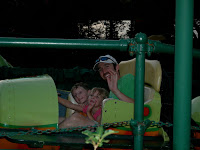 Friday: Hampton Beach and Ichiban Japanese Steakhouse
I was planning to join them at the beach (J had to work), but I had a conflict come up (more on that in another post). Hampton Beach is a repeat for them, but these kids LOVE being in the water. Later that evening, we ate at a hibachi grill. Those are so much fun! Bones was the only one to catch the zucchini in his mouth when the server flipped it to each of us. He does need all the food he can get! 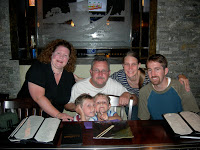 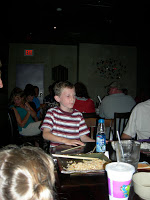 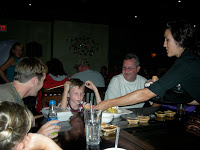 Bones getting a belated birthday cake (he turned 8!)

Saturday: Franconia State Park and J’s Movie in the Park

The hike was the thing that Bones was looking forward to the most about the weekend. You just have no idea how much this pleases J and I. We asked Bones why he liked hiking so much and he said he loves seeing wildlife and water. We will turn him into a thru-hiker someday! That night, J had to work, showing his second “movie in the park.” This time, it was Where the Wild Thing Are. J struggled with the weather forecast because at one point it said 100% chance of thunderstorms, the next, it said 0%. Anyways, he took his chance and it worked out perfectly. Over 100 people were there! And I think Bones and Curly Locks thought it was pretty cool to just be outside at night and have the movie playing. As for QuickQuestion, she was too busy smacking the mosquitoes away to watch the movie. Yankee was keeping track of Curly Locks, who was bouncing around as usual. J was working, so he didn’t watch the movie either. But I did. And I thought it was quite sad. My eyes were leaking from time to time during it. I think I am just emotional lately, so don’t take my word for it. 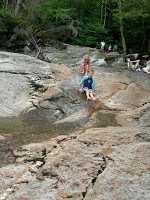 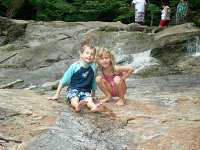 Sunday: Private Boat Ride on Squam Lake
So something random happened last week. My magazine editor called me and asked if I could cover a last-minute story. She was supposed to go on a complementary boat tour on Sunday, but had a conflict come up. Could I go on this awesome personalized boat tour, take some people and get paid to write about it? Um, yes! Bones and Curly Locks had never been on a boat, so it was extra special. I thought the ride was so enjoyable and different, since the last time I was on Squam, we were in kayaks. Plus, our tour guide knew so much about the lake and its history, which made me fall even more in love with that pristine place. We even saw some eagles!!! 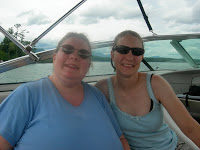 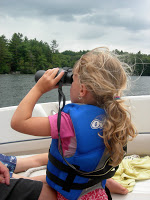 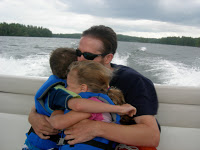 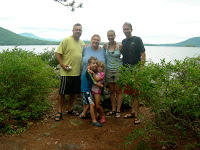 Anyways, all in all, it was a good weekend. My sister and I realized how entirely different we are. We talk on the phone at least twice a week and are very close friends, but boy did we stray in opposite directions from the womb. QuickQuestion, if you are reading, we still haven’t taken out our garbage! And we saved some foil to reuse! And the lights are all off! Thank goodness we are family and love unconditionally.

And by the way everyone, I’ve been religiously taking my birth control.