Georgia off my mind

As we trekked through the last 70ish miles in Georgia, we got a little bit of everything. We planned a long time ago to slow down and take our time in our last state. I definitely enjoyed doing smaller-mile days, but Deal was more anxious with the goal being so close. In the end, we both didn’t want the journey to end, so savoring every moment was important.

We were without Fire Marshall for the first few days of GA, as he sped ahead to meet up with his sidekick Alex, who would finish the trail up with us. 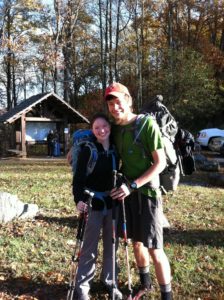 We heard Georgia was hard and what we found was there were definitely lots of ups & downs, but we never went below 2,500 feet, so at least the climbs weren’t too bad. You could tell lots of people use the trail in GA because it was extremely smooth and well beaten. 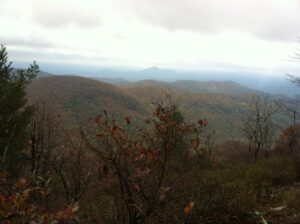 Weather was just about perfect for the 6 days we were in GA. Chilly fall temps perfect for hiking. Except the surprise we got when it SNOWED. Brrrr. One night for sure, it dipped into the teens. Our thermometer read 38 degrees inside the tent! 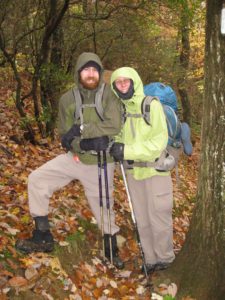 There were tons of people on the trail in GA…way more than we ever expected! As it has been for awhile, everyone gave us such great encouragement and praise. And of course, more people asked to take our photo. I wonder if NOBOs get the same “celebrity status” feel when they get up in Maine …

It was also in GA where we met a blog reader! Tater thru hiked the trail in 2000 and had been reading our journal and predicted where we’d be, so he drove 100 miles to meet us & give us sodas!! The trail community and the random acts of kindness never ceases to amaze me!!

We ended staying in 2 hostels near the end of our journey. They were drastically different, which is always true about the hostels on the trail. We stayed in the one at the infamous Neels Gap, 30 miles from Springer. Neels Gap is where 50% of the NOBOs drop out. There is an outfitter at Neels Gap where the workers give you a “shakedown” to see what gear you are carrying that you don’t need. As tempting as it was to get a shakedown, we didn’t feel we needed it at this point. The hostel at Neels Gap has been run by Pirate for the last 21 years. To say he has dealt with a lot of hikers is an understatement. But I think he liked us because he shared Tequila shots with us!! 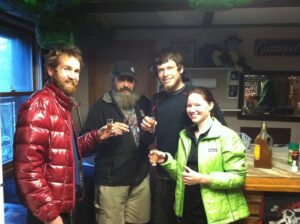 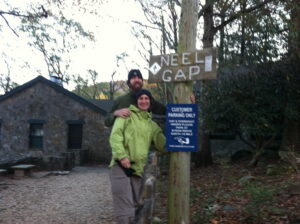 We had an amazing last night on the trail at Hawk Mountain Shelter. There ended up being 3 other SOBOs in addition to us 3!!

There was Fern Toe, who started June 1. We caught her in VA & have been playing leap frog since then.

But then there were 2 other guys (John & Daniel – they we adamant about not having trail names) who started June 8 & June 13 (they met on the trail & stuck together just like we had with Fire Marshall). They said, “you must be Deal, Steadee & Fire Marshall. We’ve been following you shelter log entries since Maine.” Literally, they’ve been 1-3 days behind us the entire time! 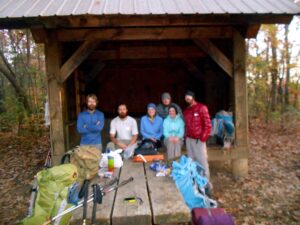 So it was great to share our last night with other SOBOs. Plus, Daniel’s dad hiked up and brought S’mores, so we had a big celebration around the campfire and stayed up way too late! 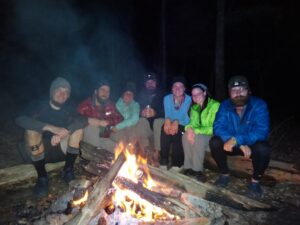 Our last 8 miles to Springer were bittersweet. Fire Marshall’s parents drove the crazy forest road to meet us and walk the last mile with us. All of the sudden, we were at Springer Mtn. All the blood, sweat, shivers, good and bad days paid off. We made it. It was hard not to get choked up. But, as our good friend Forrest Gump would say, “I’m really tired, I think I’ll go home now.” Plus, at some point, all good things need to come to an end. 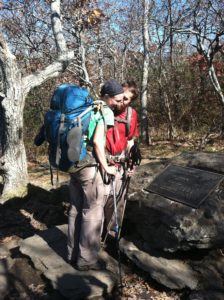 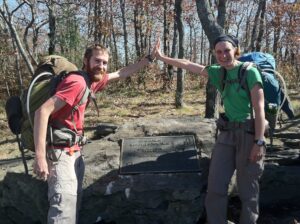 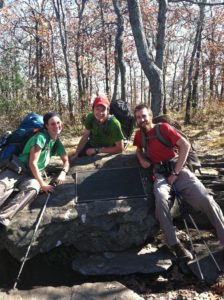 And like we’ve said many times before, we could not have done it without all of you!

After navigating the crazy forest roads, we reentered civilization. And of course, ate a great meal! 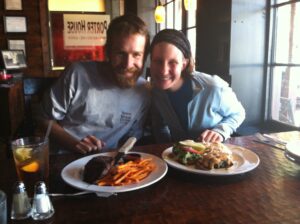 Fire Marshall’s family then dropped us off at the train station and we said our goodbyes. It is hard to have the team split up. Out of the 141 days on the AT, we spent the good majority with Fire Marshall. I feel like I know him almost as well as I know my own husband! We know he does not like pickles, mushrooms, tomatoes…basically everything one would put on a burger. We know he prefers privies to digging holes in the woods. We know he would rather have a snake crawl in his sleeping bag than a mouse or spider. We know he will hitchhike anywhere for real food. So we will miss him, but this is not the end of team skin & bones…more adventures await.

Since Monday, Deal & I have been in a whirlwind of activity, taking an overnight train, then reluctantly learning to drive a vehicle again. But as we were making our way to Chi-town, we stopped at a trail crossing and left a little magic! 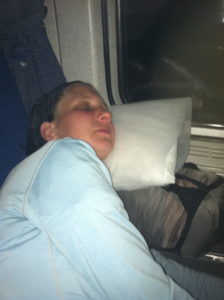 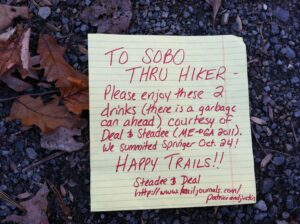 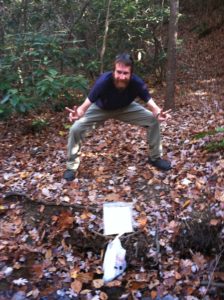 We are now in Chicago for all the wedding festivities!!!! Hopefully, we can clean up a bit and won’t be confused as homeless people. 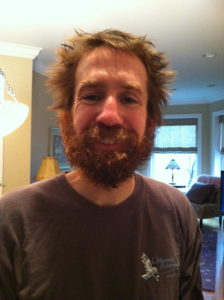