We spent last week in Chi-town becoming acquainted with our new nephew!

We did a lot of this: 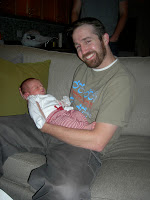 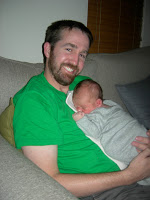 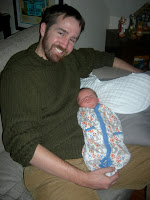 We tried to take a little of the load off of the brand-new family of 3 by helping with dishes, meal times, bath time, changing diapers, getting peed, pooped and spit up on. It is uncanny how similar lil E is to Deal in the number of times he goes to the bathroom each day and how much gas he has. 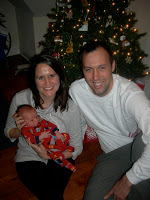 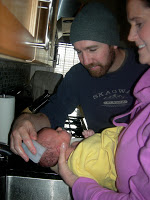 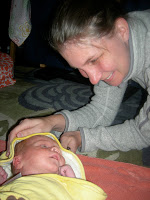 Deal thought it would be a great idea to pass on his own prized childhood stuffed animals to his new protege. However, the vintage appeal of P-I-G and Monkey (Deal was clever with his names as a child, huh?) was not well received. I believe they are now being stored in the garbage. 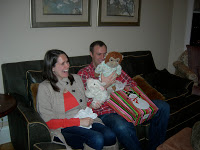 We also initiated our aunt/uncle tradition of reading “Twas the Night Before Christmas,” which we’ve done for years with our other nephew and niece. Lil E was most attentive, so that’s a good start!! 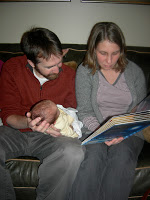 Deal was such a good baby whisperer, he is actually returning to Chicago next month to help out while Russ/Napolean Dynamite is away for business. 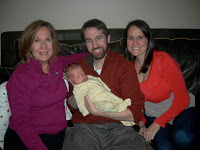 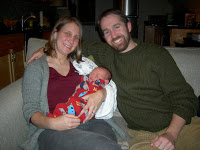