A second priority in our post-TA exploring was Mt. Cook National Park and we ended up spending 2 days/3 nights there over the Easter weekend.

More than one third of the park has permanent snow & glacial ice and is surrounded by 22 mountains over 9,000 feet, including Mt. Cook, the tallest peak in NZ (12,200 feet or so). The Maori word for Mt. Cook is Aoraki, or “Cloud Piercer.” 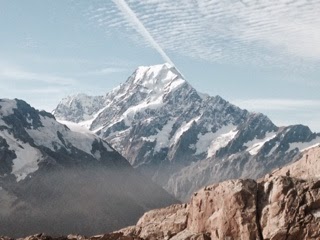 The other thing about the park is that the weather changes drastically and quickly. Mt. Cook is only 44K from the coast and catches the storms rolling in from the sea. We experienced this at its best (more on that later).

We camped at White Horse Hill Campground (the DOC campground in the park) the whole time. On our first day, we had beautiful weather and did a day hike up to Kea Point, Sealy Tarns and Mueller Hut, adding up to 15 kilometers round trip (still keeping those miles on the shorter side). It was gorgeous and a pretty easy hike (relative to what we experienced on the Te Araroa). We took our time enjoying the 360-degree snow-capped mountain landscape of Cook, Mt. Sefton and the Footstool with the last bit of summer in the air (not at night when the temps dropped below freezing!). 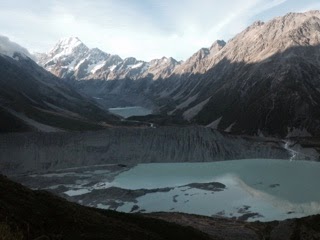 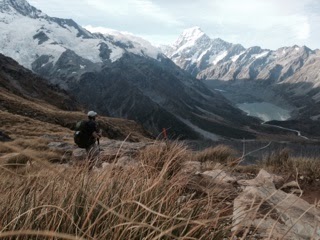 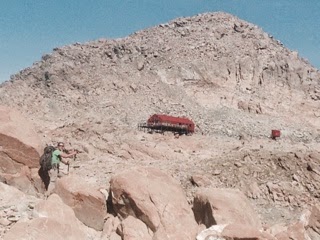 J just kept staring at Mt. Cook, dreaming that someday he will climb it. Meanwhile, I sat nearby biting my nails thinking about the day he will. 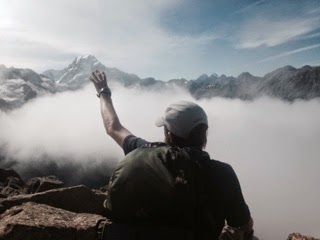 On day 2, the weather was turning for the worst, so we did a quick 12K out-and-back hike up to Hooker Glacier before the rain hit. It was an easy and flat hike, crossing an alpine memorial (more than 70 people have died on Mt. Cook alone and 200 in the park) and 3 swingbridges that had a maximum load of 10 people (NZ is getting soft!). 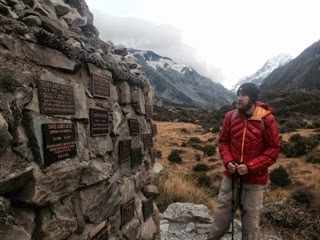 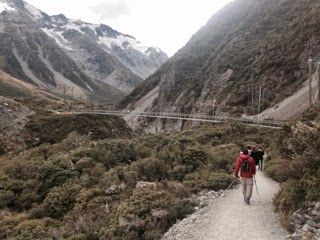 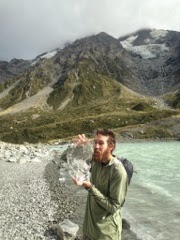 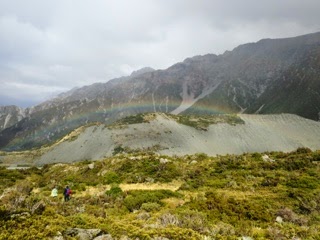 For the rainy afternoon, we explored the Sir Edmund Hillary Alpine Center, which was awesome. There were tons of climbing displays and historical information, including grim stories of some of the people killed in climbing accidents in the park. 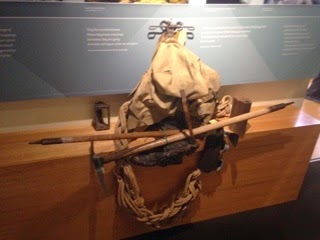 The center also had several film showings, including one about Sir Edmund Hillary. Hillary had a fascinating life of mountaineering, including to be the first to reach Everest in 1953 and come back down alive. 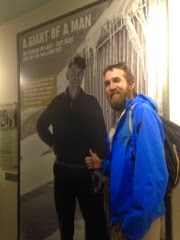 We watched a total of 5 films and each time we had a break and passed a window, we saw the weather getting worse and worse.

J said, “I really hope our tent is okay.”

I laughed. “It’s Big Agnes. Of course it’s okay.” We have used and tested at least 10 different Big Agnes tents in all sorts of weather and they always do fine. Our Copper Spur for this trip endured 70+ nights already.

When we got back to camp, this is what we found. 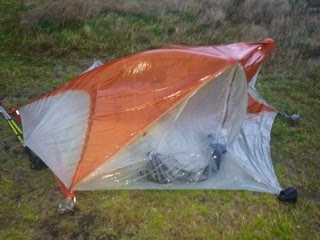 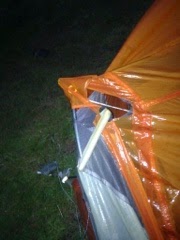 Apparently the 70MPH winds were a little too much!!! To be fair, our tent was in a field with no shelter from trees, so highly exposed. That night, we slept in the kitchen area of the campground with other not-so-lucky tenters as the wind continued to howl outside and the rain downpour all night long. 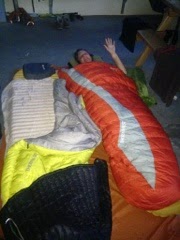 As broken-hearted as we are about our damaged tent, we are grateful this happened at the end of our trip! And J, being the MacGyver he is, has temporarily fixed the tent in case we need it for the rest of our NZ travels. 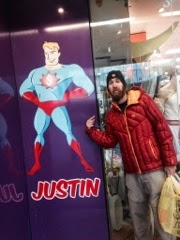 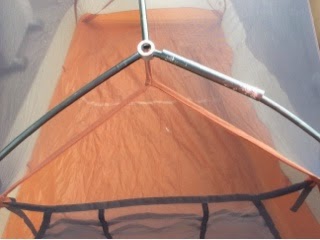