You are here:
You might have heard the big news. President Obama changed the name of North America’s highest peak from “Mount McKinley” back to “Denali.” You also might have heard that Denali shrunk from 20,320 feet to 20,310 feet.
Denali sure is making the news a lot lately, huh? We are going to add to it.
J will be attempting a climb of Denali May 10, 2016!!!!! 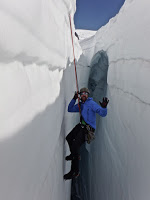 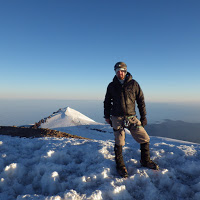 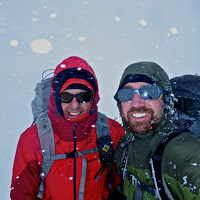 So folks, you’ll probably hear about Denali plans from time to time on this blog. And, as usual, I have a short lesson with FAQ about Denali, if you are interested in reading on.
What’s in a name?
Historically, the mountain was named “Denali” by the Alaska Native American tribes. It means “the high one” or “the great one” in Athabascan. It was only renamed “Mount McKinley” after former President William McKinley not because of his connection to Alaska, but because he was a proponent of the gold prospecting. Actually, it was highly debated and only renamed after McKinley’s assassination. As you know, it will now be known as Denali going forward.
What is the elevation?
20,320 ft. But the new survey puts it at 20,310. From base to summit, it rises 18,000 feet, which is one of the greatest vertical reliefs of any mountain on Earth.
What else is interesting to know about “the great one?”
Denali is the apex of the Alaska Range and is a 144 square mile mass of rock, snow and ice. Snow falls down to 6,000 feet in every month on Denali. The first successful summit was made in 1913.
What are the summit stats?
Approximately 1,000 climbers attempt Denali annually (the climbing season is May, June & early July). Only about half make it to the top.
What does the climb entail?
The itinerary all depends on weather, but could take anywhere from 12 to 20 days.
May 10 – Fly to Anchorage, meet 3 guides and other climbers (potentially 9 in total – right now 4 are signed up. And as a side note, the lead guide is the same one J and I had on Rainier, purposely)
May 11- Team Prep, Orientation, Gear Shakedown
May 12 – Weather permitting, fly to Kahiltna Base Camp at 7,300 feet (45-minute flight)
May 13 – June 1 – Weather permitting, make way up the mountain! This will happen in stages for acclimatization. Each climb will bring about 60-80 lbs of gear and food, carried both in a backpack and on a sled. There are no sherpas (this is not Everest). They will camp at 9,600 feet, 11,000 feet, 14,000 feet, and the final camp at 17,000 feet. Whatever day the guides choose as summit day, they will spend 8-18 hours getting up to the top and back down to camp.
Is J scared?
I think he is more scared that he will not make the summit.  He feels OK if the guides make the call to not summit, but he is scared that he may not be able to summit himself.  He has felt fine at an elevation of 14,500 feet.  In fact, it surprised him that he did not feel any effects of altitude.  But we are talking 20,000+ feet, and many nights sleeping at 15,000-17,000 feet.
What are the risks?
Frostbite, hypothermia, rock fall, avalanche, crevasse falls, high-altitude illness. Temps can dip to -40, thanks to the mountain’s subarctic latitude and great elevation. Because of its proximity to the top of the troposphere, there is a lot of wind (100 mph gusts are common) and there is less oxygen on Denali’s summit than there would be on a mountain of identical elevation at the equator. It takes 2 gasps to bring in the oxygen 1 gasp gives at sea level. Need we say more?
Am I scared for J?
No. Honestly, I am quite calm about it. We have been talking about this possibility for years. YEARS. This means I’ve had a lot of time for this to sink in. If you think this wasn’t going to happen, you don’t know J. He is a very driven man when it comes to goals. He inspires me to follow my dreams, no matter the risk. I am not going to argue that the dangers of mountain climbing are not inherent. One in every 1,750 mountain climbers die annually compared with 1 in every 6,700 vehicle drivers. But we already know we dare to live a life less ordinary. Taking risks is our middle name.
Is his mom scared?
YES. I’m pretty sure she asked him no less than 100 times to promise he wouldn’t do it before she died.
We chose Sept. 7 to make the announcement because a year ago today, our good friend Chad Denning passed away unexpectedly and way too young at age 39. Chad would have been so proud to hear about J’s adventure. So here’s to you Chad! #explore4chad
Categories: Blog Post, PostsBy plavigneSeptember 7, 20154 Comments
Tags: DenaliHigh PointsOutdoor Recreation