Whenever someone poses the mountains versus beach question, we will always opt for mountains. But you know what? Beach really does stand for “best escape anyone can have!”

Last weekend, we had the honor of being guests at the small wedding affair of Casey & Laura on Daufuskie Island in South Carolina.

Casey (AKA Beef) is one of Justin’s Seton Hall Prep boys, the private high school club that has stayed strong since 1995. I’ve said this before, but whenever the SHP crew gets together, it’s beyond special. All the wives (and kids) get along just as much as the boys’ bond. 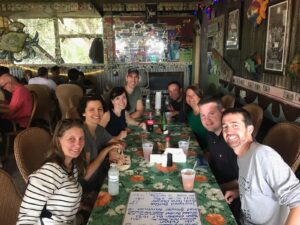 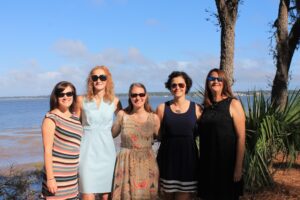 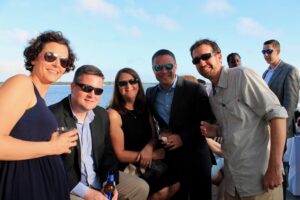 This time around, the SHP cronies were kid-free, meaning the debacle factor was high. You would think these guys were back in high school with some of the antics. Five couples rented a house and stocked it with nothing but alcohol & chips. Then there was the fact that we were using golf carts to get around the island (very few cars on the island). I’m pretty sure golf carts are not meant to reach speeds over 25 mph, nor be used as bumper cars, nor to jump from one cart to another while in motion. 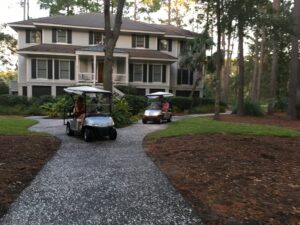 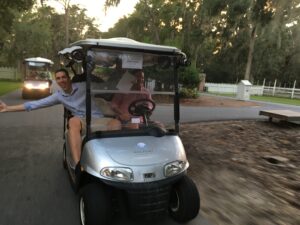 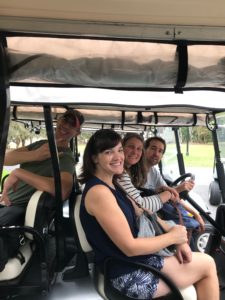 Who can say they’ve been in a traffic jam of golf carts?

Daufuskie Island is a pretty unique and relaxed place. Tucked between Savannah, GA, and Hilton Head, SC, the island is just 5 miles by 3 miles and is only accessible by boat. The whole island is on the National Register of Historic Places. It has had a varying population over the years with 2,000 people at the most (current population ~400).

There are a few businesses on the island, including a rum company and of course a few places to play golf. Their famous rum punch was served everywhere and we obliged by drinking up. 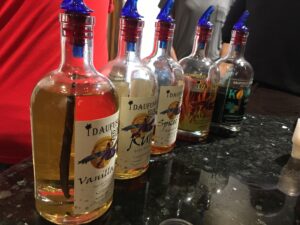 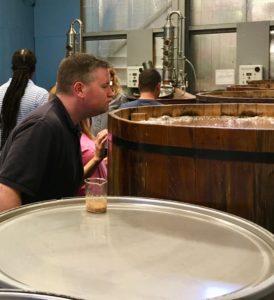 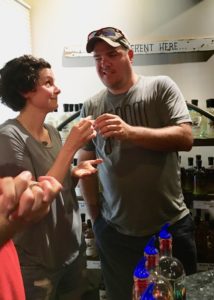 Another thing I should mention is anytime we get around the SHP group, we learn something new. They find delight in introducing us to the 21st century. For example, they really wanted to reimburse us for the house rental through Vemo, or something, but we just love paper checks. 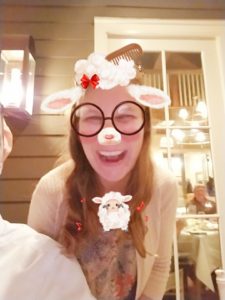 Who’s heard of Snapchad!?! Why does my spell check keep changing it to Snapchat?

Shenanigans aside, the wedding was gorgeous and intimate. We’re so happy our Beef is all grown up now. 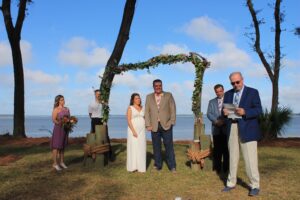 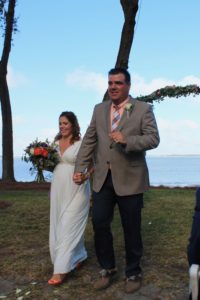 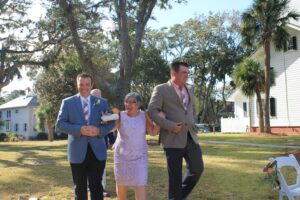 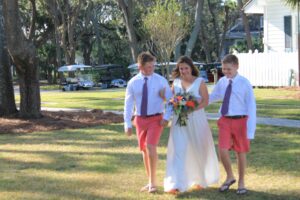 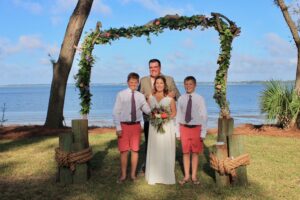 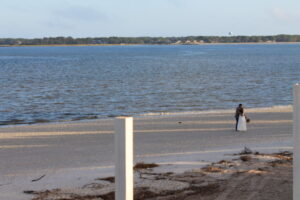 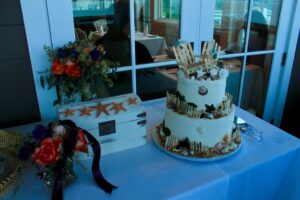 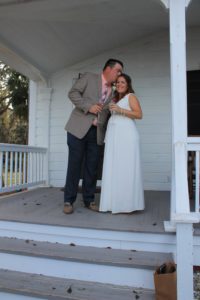 To marry Casey, you must be a Clemson fan!

And even though it was Casey and Laura’s special weekend, it was also Justin’s birthday and they made special arrangements for him to have a dairy-free, nut-free, gluten-free cake!!! 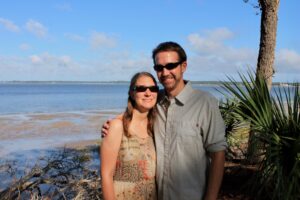