Tis the season for crowded airports and long days of travel! At least for us. We have completed our first round of holiday visits with a quick trip to the East Coast to see as many people as we could (we never have enough time to see everyone).

Since Justin & I both grew up in NJ, many of our family and friends live in the tristate area. My entire family is still there, while most of J’s has now moved to Denver, CO. Gone are the days where our families were both centralized, so we do what we can to celebrate with both sides.

I recently pulled our “Christmas Memories” book out of storage. It was a scrapbook-type book I started in 2006, the year we married. It was funny to go back and read and see that we had the same traditions year-after-year. Then, in 2011, we became nomadic and well, traditions were sort of thrown to the wind. We have certainly started some new rituals, given Justin’s entire family moved to Denver, but we’ve managed to keep some things going.

Case in point: From Good Homes “Reunion” Shows. From Good Homes is Justin’s favorite band and I’ve blogged about his love for them before here, here and here. Since 2009, they’ve been playing reunion shows the third weekend of December and he tries his darnedest to make the shows. It hasn’t happened every year (i.e., 2016), but it still feels like a staple. Given J missed last year’s show since he was recovering from surgery, the band humbled him with not one, but TWO, song dedications (he received one in 2016 as well, thanks to his friends). As a comparison, Tom Petty and Greg Allman only received one from them this year, so suffice to say, the love is mutual. The other special part about FGH is that Justin has roped in anyone he can as groupies, particularly all his friends’ children. Music has no age limit. 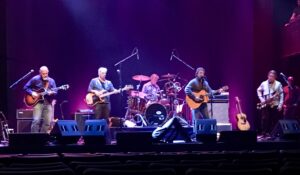 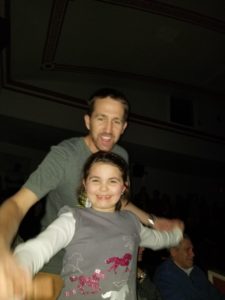 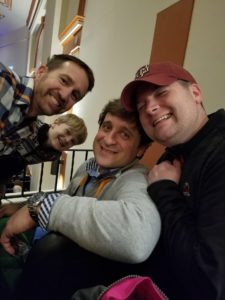 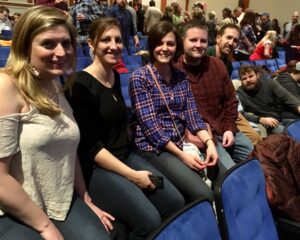 Concerts are—OF COURSE—not the only reason for a holiday jaunt to the East Coast. As I mentioned earlier, we whirl around the tristate area trying to see everyone, but we don’t ever see everyone. We had some specific visits this time around with people recovering from surgery and people being so pregnant, they shouldn’t leave the house. Seeing our goddaughter in NJ and our niece (another goddaughter) and nephew/godson (and my sister) in Connecticut is always a sure thing. The tradition of reading “Night Before Christmas” to them has been thrown out the window though given they are now 15 and 12! 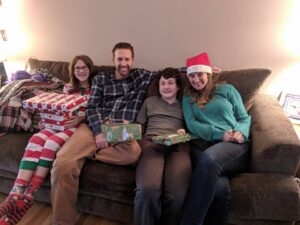 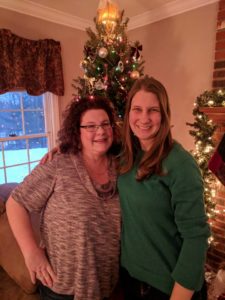 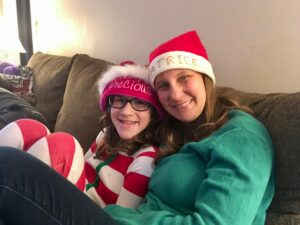 New tradition added this year: Christmas gift game!!! Wrap a gift with lots of tape, then everyone races to open it … with an oven mitt (and Santa hat) on! Super fun! 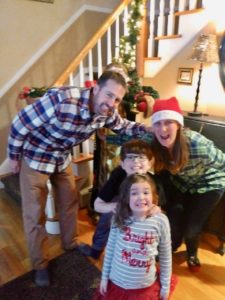 And Happy Winter Solstice to everyone! Oddly enough, we saw more snow and less sun in New Jersey than we have in New Mexico!