Parks and Rec and pipes 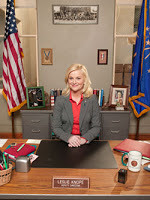 For anyone who wants to understand what J does for a living, don’t watch the new NBC show Parks and Recreation on Thursday. Okay, maybe watch it, but do so with a grain of salt. I am sure the show will be a total rag on local government and we all know how hard J actually works in real life … but we’ll still be watching and snickering along!

Wonder when they’re going to come out with a show about medical writers. How about never. Because that would be about as much fun to watch as observing paint dry. Just sayin’ …

Thursday, we are driving to Danville. No, I did not mistakenly say drive. That’s right, we are making the 15-hour trek via car. And back again. It should be fun. Maybe not for the people who hate driving long distances, but thankfully that’s not us. We haven’t had a good, long road trip since we moved to NH.

People often ask about our house in VA. Usually it’s in the form of, “do you still own that thing?” So for inquiring minds, here’s the backstory and latest update.

After being robbed of our copper pipes twice in a 7-month period (which put a huge damper on our plans to rent it out), we decided we needed a new approach. We considered placing a pile of crack on our doorstep with a sign that said, “take me, not the pipes, since this is what you really want,” but then we remembered the illiteracy rate in Danville … hmm, that wouldn’t work. Instead, we installed a high-tech alarm system throughout the house last August. After building our trust in the alarm, we finally decided to pursue a homeowner’s insurance claim to fix the pipes (again) and other damage. That was no easy task and J could give you an earful about how he hates our insurance and mortgage company (who doesn’t?). But, there are finally workers in there getting things done. It’s unlikely we’ll have water when we are down there this weekend, although it won’t be long. Then maybe we could rent it out, take 3. 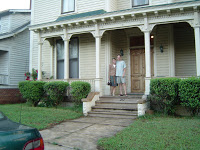 Leave a Reply to The Moser Family Blog Cancel reply