Today is a sad day at work. Today is BFFcoworker’s last day. We have worked together for 6 years 7 months. I’d say side-by-side, but that’s not entirely true since most of our time was spent working remotely—her in Arizona and me in one of my three states. The point is, she is moving on to a career in the library field. Yes, people still do go to the libraries to do research and read books—real books, not just e-books. And I am happy for her. But I am sad of course. BFFcoworker and I became fast friends at work. Maybe it was because just a few months after she started working, we were shipped off to a conference together … in Denmark. We had a comedy of errors during that conference, including having to switch hotels three times during a 5-day period, having to share a room one night and having to write/submit stories despite the entire country losing power for a few hours (our editor at the time said, “well, can’t you go knock on someone’s door around town and see if they have power?”). That was her first conference and she sort of got this reputation for having bad luck at conferences. She got mugged in Orlando, had a fire drill in the middle of the night in Montreal and got her flight cancelled in San Francisco. She and I attended several other conferences together, including Berlin and Vienna. We became the dream team at work. Okay, I made that part up, but we really traveled well together. And it’s easy to maintain a friendship with a co-worker when you have ichat! Oh how I will missing ichatting with BFFcoworker. I’m going to ignore the fact that BossLady sometimes reads my blog and just say that in the past few months as our workload has slowed, BFFcoworker and I spent a lot of time ichatting. About work-related things of course! 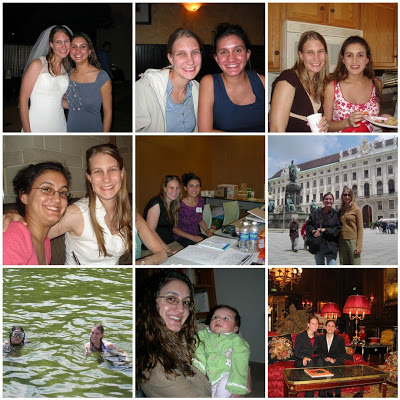 So, the editorial team in my company is now down to 7 people. This time last year, we had 15 people! The people left have been with the company for 5+ years, so I’m assuming no one else will leave unless they have a career change. I know I’m not planning to go anywhere until J and I hit the trail in 2011, so fingers crossed that my company can survive until then!