How the WINDY city got its name

Chicago was windy and chilly. J asked me the expected temps before we left and I told him it would be 50s/60s at best, to which he wrongly assumed was shorts and t-shirts weather. So this is why you see him wearing pretty much the same outfit in every single picture. 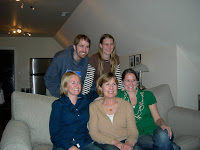 Anyways, the annual Mother’s Day trip was a blast! MamaF and SILMeow (and her boyfriend Napolean Dynamite) live out in Chicago and for the last 5 or so years, we’ve been meeting up for Mother’s Day with them, SILAdventure and Grandma (from the other side, ironically enough).

Despite not being able to get to the high point of IL as planned, we had a fulfilling Thursday. We (I) successfully navigated the “L” and explored Michigan Avenue.

This is where we ran into these two: 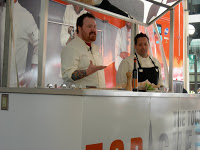 Don’t know who they are? It’s okay, we didn’t either. But we still watched the demo, got some autographs and ate the food they made. Maybe with our on-and-off again relationship with cable, we’ll start watching Top Chef. 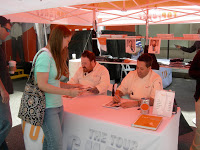 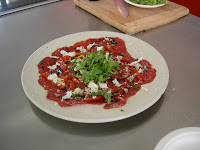 Besides the Top Chef demo, the weekend involved lots of other eating. Experiencing new restaurants is one of my favorite parts of traveling!

The lineup included Weiner Circle (famous hot dog place in Chicago), Flub A Dub Chub, Potbelly‘s and Duke of Perth (this was a repeat from last year because we love it so much). 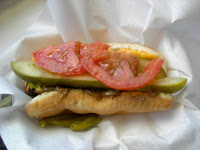 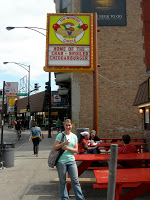 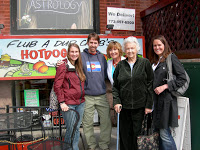 We drank. At a home wine tasting! How cool is that??? 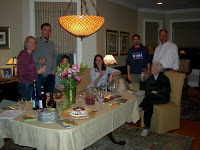 We went on a guided sailing trip. Hey, we had to make good use of the wind! 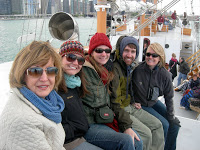 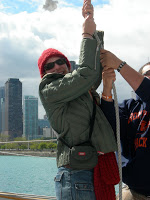 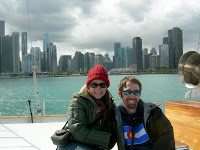 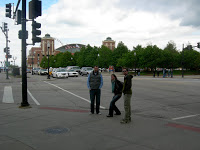 And after the annual Saturday night cookout at SILMeow’s, we debated going out to the bars and realized we were all 30 and lame (SILAdventure and Napolean Dynamite, not yet 30, were the only ones raring to go). Instead, we had a SNL Betty White watch party. Did any of you watch? If not, try to watch some of the clips. I’ve been a fan of Betty since the G.G. and she was on fire at 88 years old.