You are here:
Quitting my job was timed perfectly for our oodles of back-to-back family visitors.

First up, my sister and her family spent 5.5 days with us. I can’t even imagine working while they were here, because we all know you need a lot of energy to keep up with those kids!!! On a side note, we have renamed Bones as Big Ears. This 10-year-old can be three rooms over, but his super-sonic ears catch everything he is NOT supposed to hear!

Anyway, while we lived in NH, I think they visited 4 times and we explored every bit of the state, doing something new on every trip. Now that we live in an unfamiliar place, it was fun to have new places to explore! As usual, their visits are jam-packed with activity. 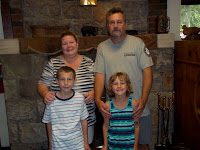 Of course, everyone who visits us has to go out to the rocks. It’s part of the official tour. How sweet is the photo below of Big Ears and Curly Locks? 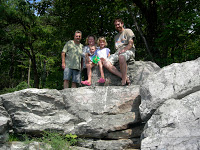 Being that we live in the woods, we took every opportunity to expose the kids to as much nature as possible. They do not think snakes and spiders are cool–thanks to their mama–but, they like hiking and being in the forest. They also take pride in picking up garbage from the trails! 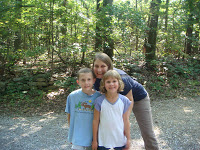 Not only did we put the kids to work on the trails, but they both helped us in the store with customers and Curly Locks helped make dinner and washed dishes!! Hmm … almost makes having kids seem appealing … 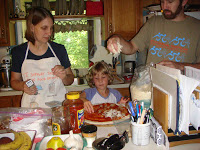 We gave Big Ears his very own tent for his birthday, so he & Deal camped out one night. The rest of us hung out by the campfire for a bit, but Big Ears was eager to have the campfire to himself with his uncle. It was the night of the Perseid Meteor shower, but unfortunately cloudy skies blocked any meteor shower sightings. 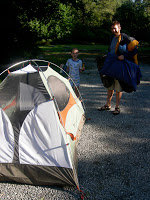 On Saturday, Deal & I marched in the Appalachian Trail Conservancy 75th Anniversary parade commemorating the trail. We are proud members of the Class of 2011, but it’s amazing to see how far back the classes date! While there, Curly Locks showed us she definitely lacks any fear of heights as she scrambled up the rock wall!! 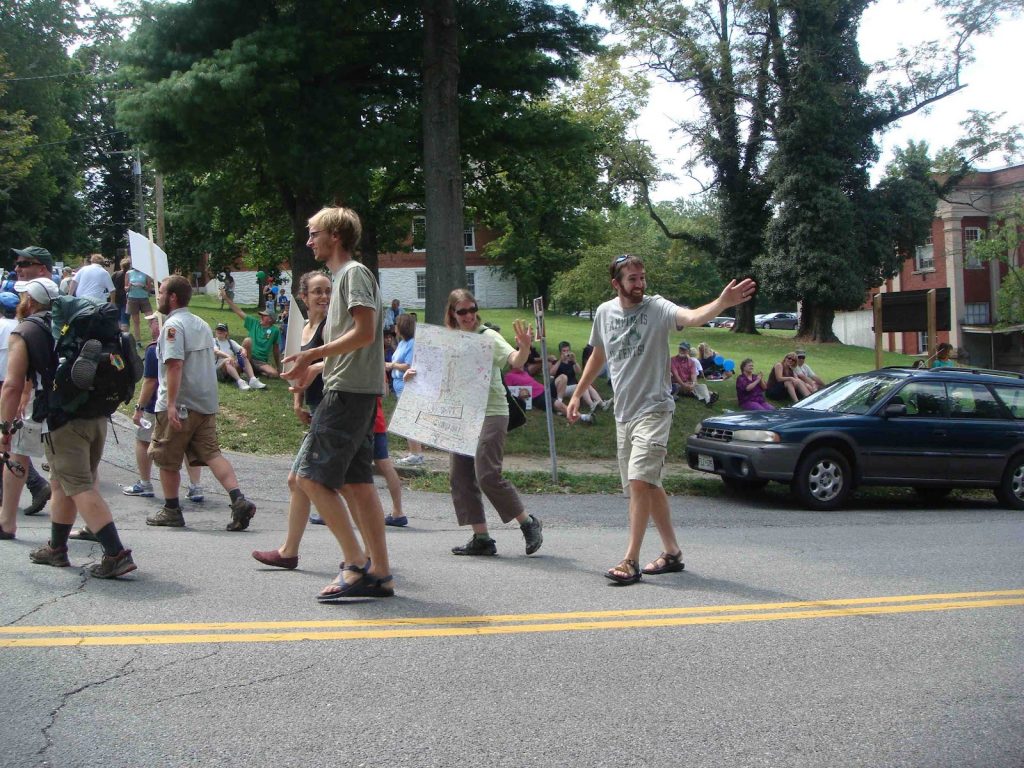 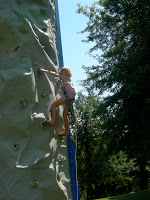 On Sunday, the boys and girls separated. The boys went to the Air & Space Museum in Chantilly, which is SO, SO AWESOME (according to Big Ears). It was recommended to us and we have already recommended it to others! As for the girls, we did what girls do best (well, except for me) … shop and nails. 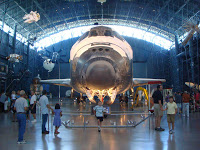 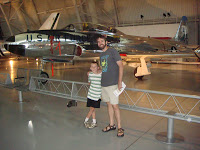 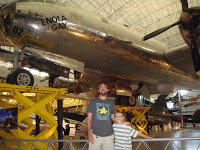 Monday we made our way down south a little to check out Luray Caverns,
exactly 134 years after it was discovered to the day (Aug. 13, 1878).
Deal & I have been to a number of cave systems, and this is by far
the most commercialized. Not necessarily a bad thing, it’s just that you
can notice a little bit of a difference between the private caves and
the ones maintained by the national parks system. 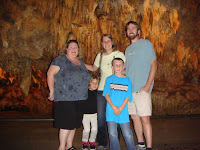 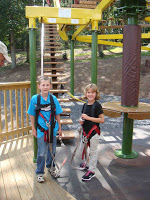 Regardless, this was a first for the kiddies and the other adults and the unique formations in caves really never get old no matter how many times we go. There were two signature things about this cave. One, there was a lake in one of the “rooms,” which created a mirror image of the ceiling and all the stalactites. There was also a chamber where they still host weddings and someone built a one-of-a-kind stalacpipe organ, which uses the ancient limestone formations to make the music. See what I mean about commercialized? Somehow that doesn’t seem right. 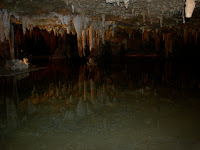 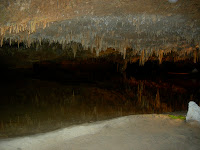 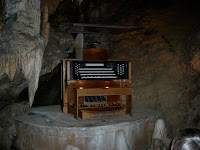 We opted out of visiting D.C. with them on Tuesday, but they made sure
to see as many museums and hot spots as they could fit in. This means
they left our place at 8am and returned at 11pm. I’d say they made the
most of it? 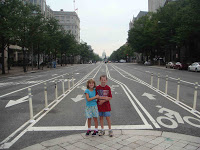 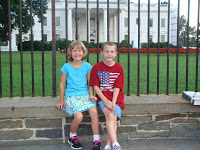 So we survived, err, enjoyed another visit hosting my side of the family!! Until next year!!