You are here:
The trails around these parts seem to have a common theme … steep, unmarked and no people, but lots of cows. The Chico Trail fit perfectly into this mold.
We tried to research it, but there was very little info on the Internet. We have the Wallowa-Whitman National Forest map, but it is from the year 2000 (and the picture on the map has people with external frame backpacks, if that’s saying something). So, we always know our backpacking trips here will be an adventure and a good test of our navigational skills.
The information we had on the Chico Trail (Trail 1658) was that there were 2 trailheads, thus it could be a point-to-point hike. But, we also saw other trails (Swamp Creek Trail 1678 & Davis Creek Trail 1660) on the map connecting to the Chico Trail, so we were more interested in trying to make it a loop.
We set out on Monday afternoon from 4600 feet with looming dark skies down, down, down into the canyon to 2900 feet. It was a gradual grade for the first mile and well-trodden, although a bit rocky and slippery at times.

We hit Davis Creek, which wasn’t flowing much, then head up to the top of Starvation Creek at just over 4000 feet. The wildflowers were abound, of course. We saw flowers in every color, including white yarrow, pink pasture rose & purple fringed orchids. We ate lunch at the top of Starvation Ridge with views of the snow-capped Eagle Cap Wilderness further south in Oregon and the Seven Devils in Idaho. 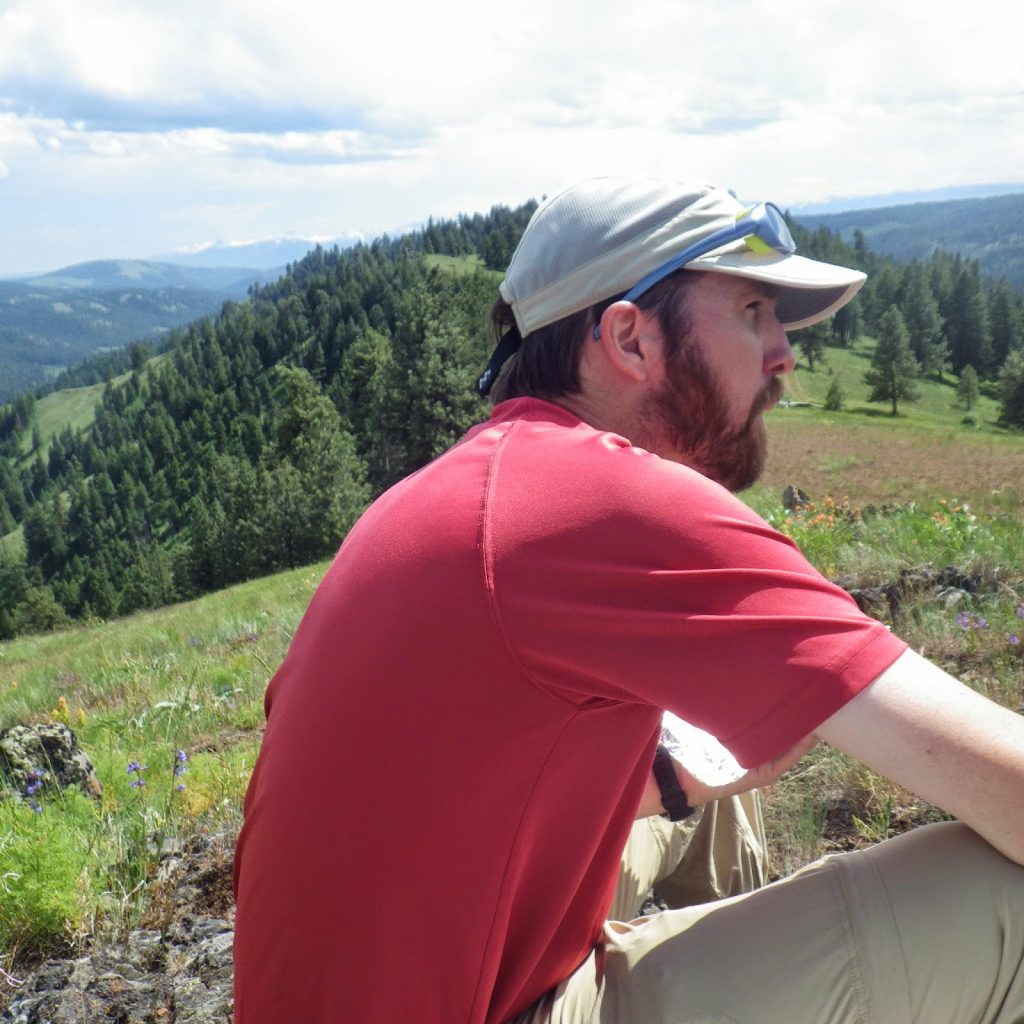 After Starvation Ridge, the trail dropped back into the canyon to Swamp Creek at 2900 feet. This is pretty much where our trail information ended, unless we wanted to keep trekking to the other trailhead. A storm had rolled in, so we set up camp right near a creepy old cabin (that still had beds in it!). 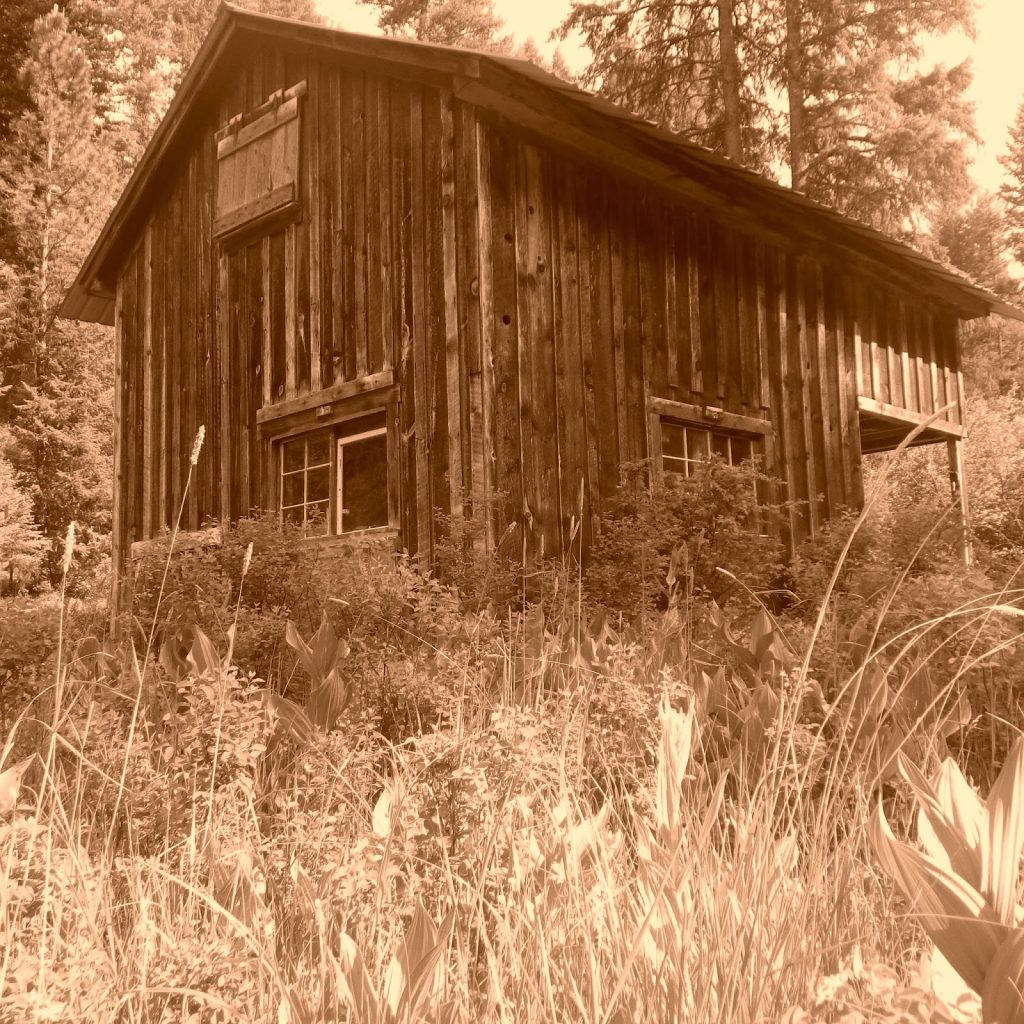 Then the storm passed and we decided to keep exploring. We had only gone a little over 4 miles at this point and it was still on the early side. As far as we could tell, the loop trail we eyed on the map continued along Swamp Creek for another 5 miles or so. It was an easy decision to venture into the unknown. We cleared camp and set off through open range territory where there were so, so many cows (multi-colored to boot!). One of the biggest challenges when traversing open range territory is you never know if you are following the actual trail, or just a cow trail. We picked the best path, still having to bush-wacked a bit through a hardly-used trail and criss-crossed Swamp Creek a few times. 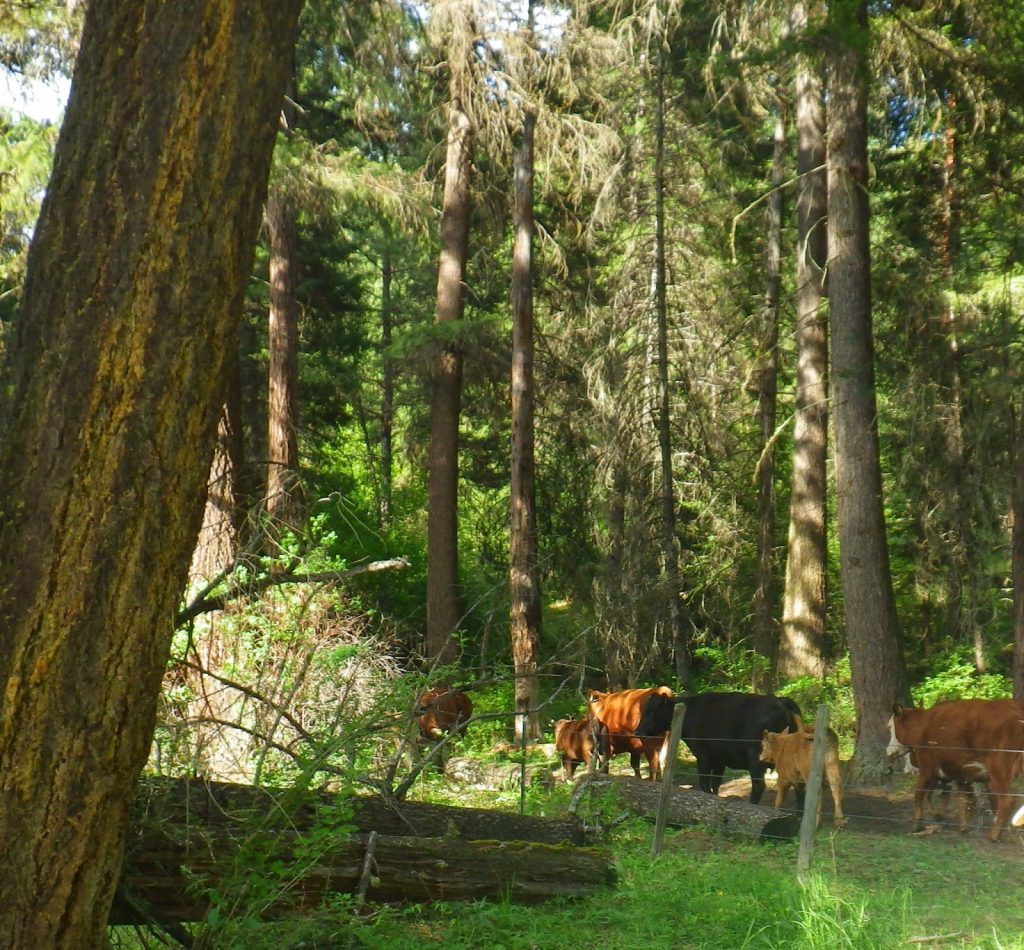 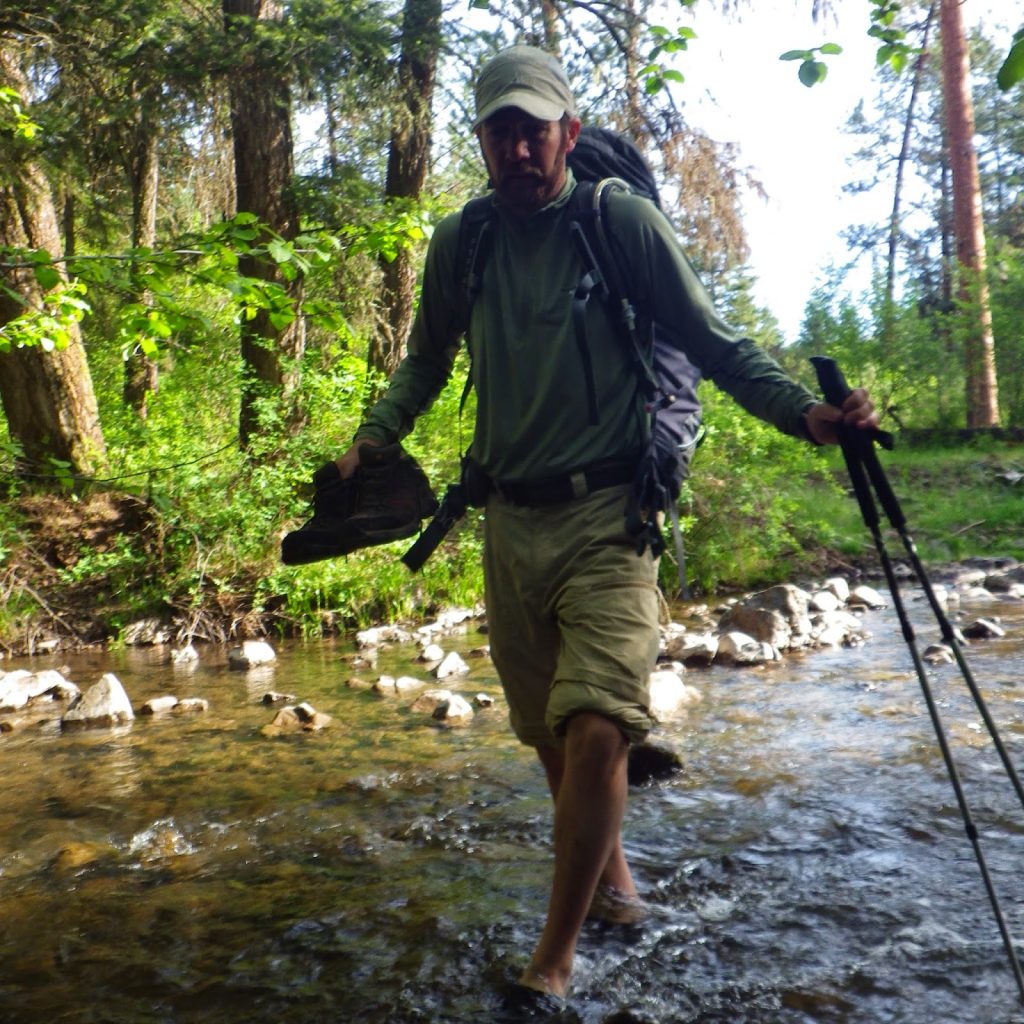 I will not lie; we lost the trail a few times and had a hard time figuring out where we were on the map. Our guess was that it was 5 miles to where Swamp Creek met up with Davis Creek, where we intended to camp, but we had no verification of that. When we had gone more than 6 miles with no sign of a trail turnoff, we realized we might have missed it. And while we are the type of people who can squeeze every bit out of the toothpaste tube, we finally decided it was smarter to just give up and make camp (again). As we were setting up, we realized we lost the tent stakes as a result of all the bush-wacking! Luckily, J is a MacGyver type and knows how to improvise. Losing stakes is better than losing tent poles … Anyway, we psychoanalyzed the map as best as possible, figured out that we missed the trail turnoff and passed out by 9. It had been an 11-mile day with all our route-finding and getting lost from time to time. We were tired hikers! 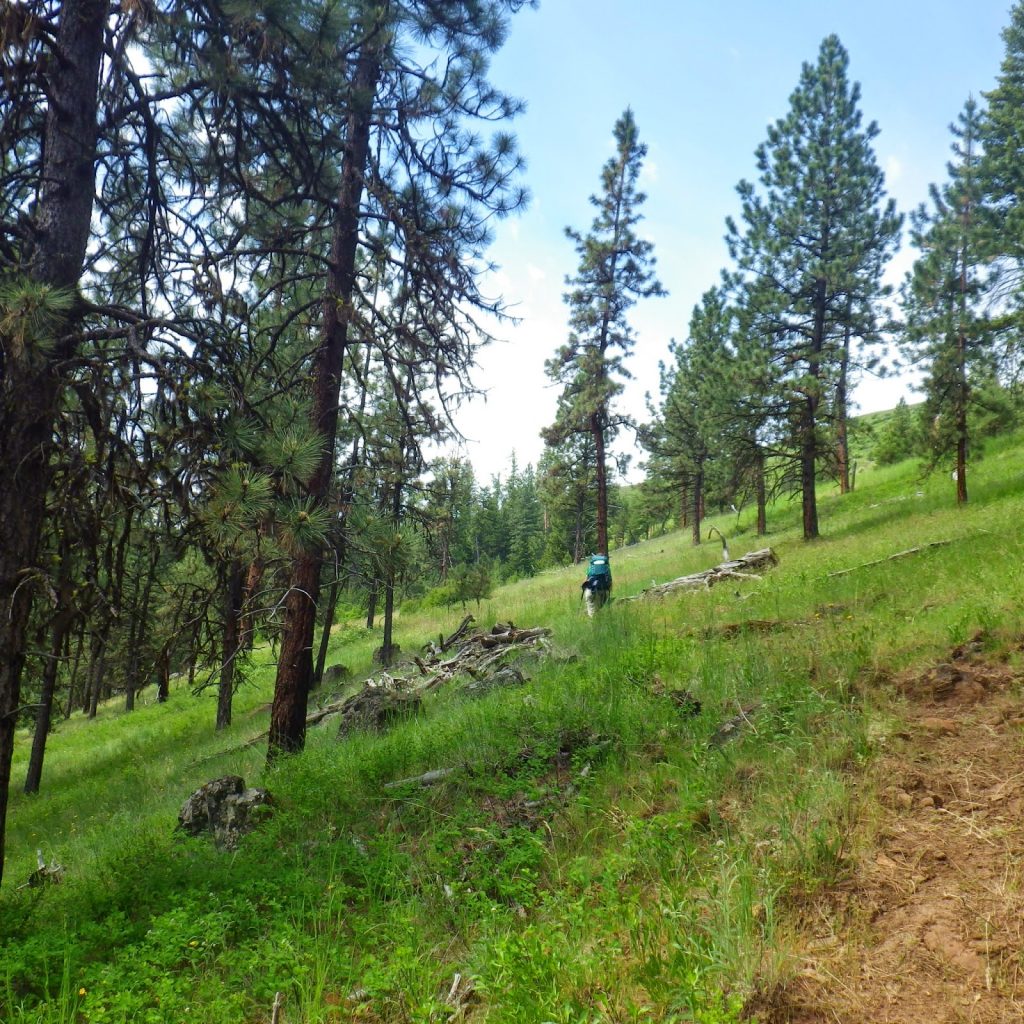 The new day dawned and we backtracked and relocated the trail! Phew! In our defense, there was no sign and with an overgrown trail, it’s easy to miss. Again, our best guess was that it was about 5 miles back along Davis Creek to hit the Chico Trail and make our way back to our car. Since our adventure was a little ill-fated, it’s no surprise that my GPS watch died, so we couldn’t really keep track of our miles. Thankfully, J’s allergies were at an all-time high, so I could pretty much count the quarter-mile sections by how many times he sneezed (concurrently scaring away any wildlife). It was also really cool that the trail did an awesome trick. It kept disappearing over and over again. But alas! It was just playing hide and seek. All we had to do was search around brush and overgrown grass to find the trail had reappeared 20 yards away. Duh!! 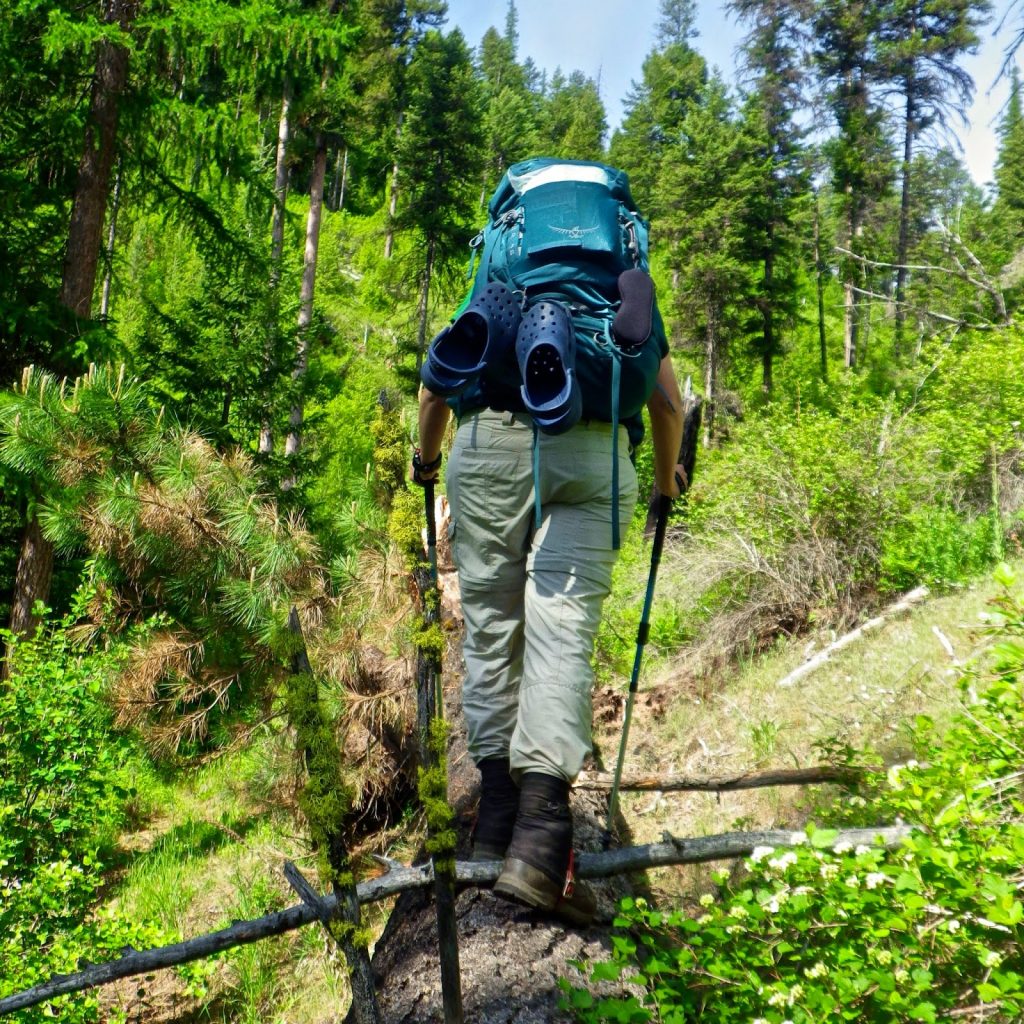 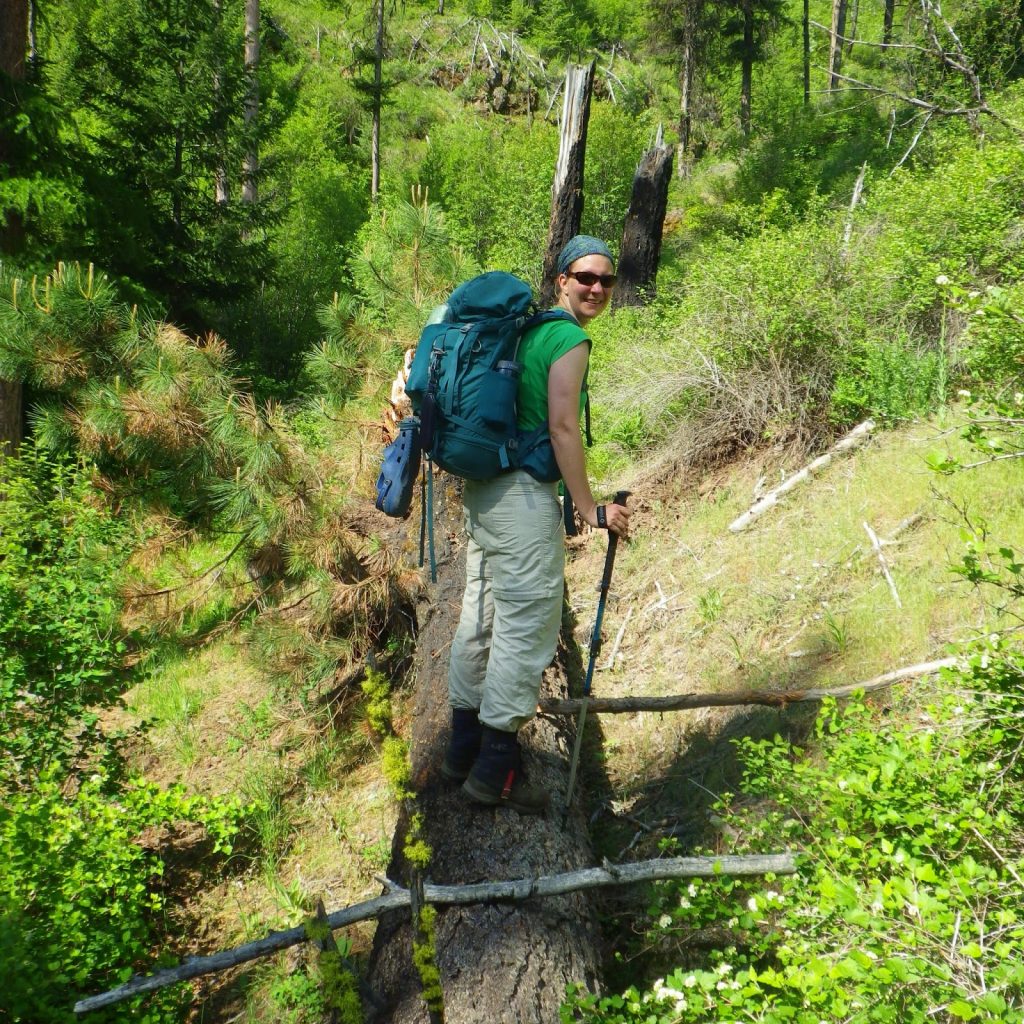 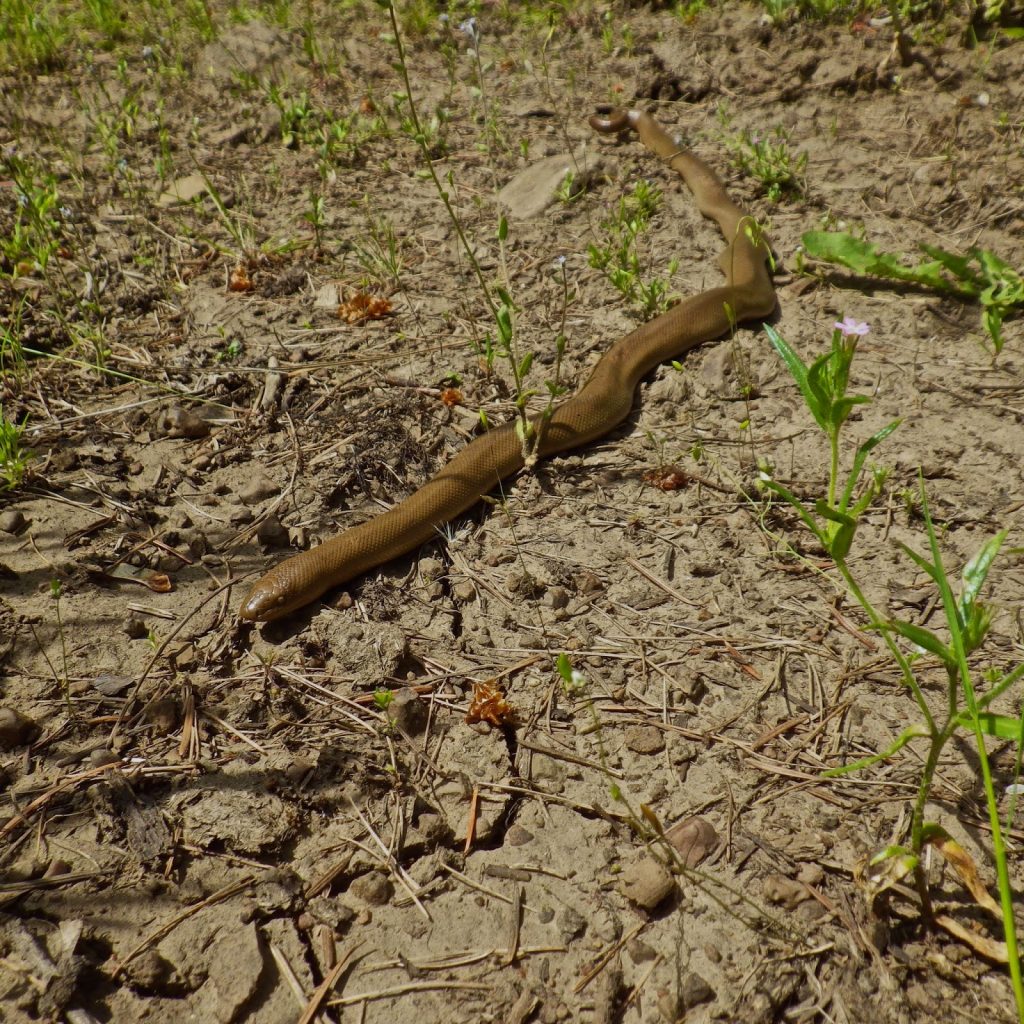 Happily, we found the start of Davis Creek and the Chico Trail, where we had been the day before and knew our car was just a mile away back up the canyon!
All in all, this made for about a 20-mile loop. It’s a keeper for the books. 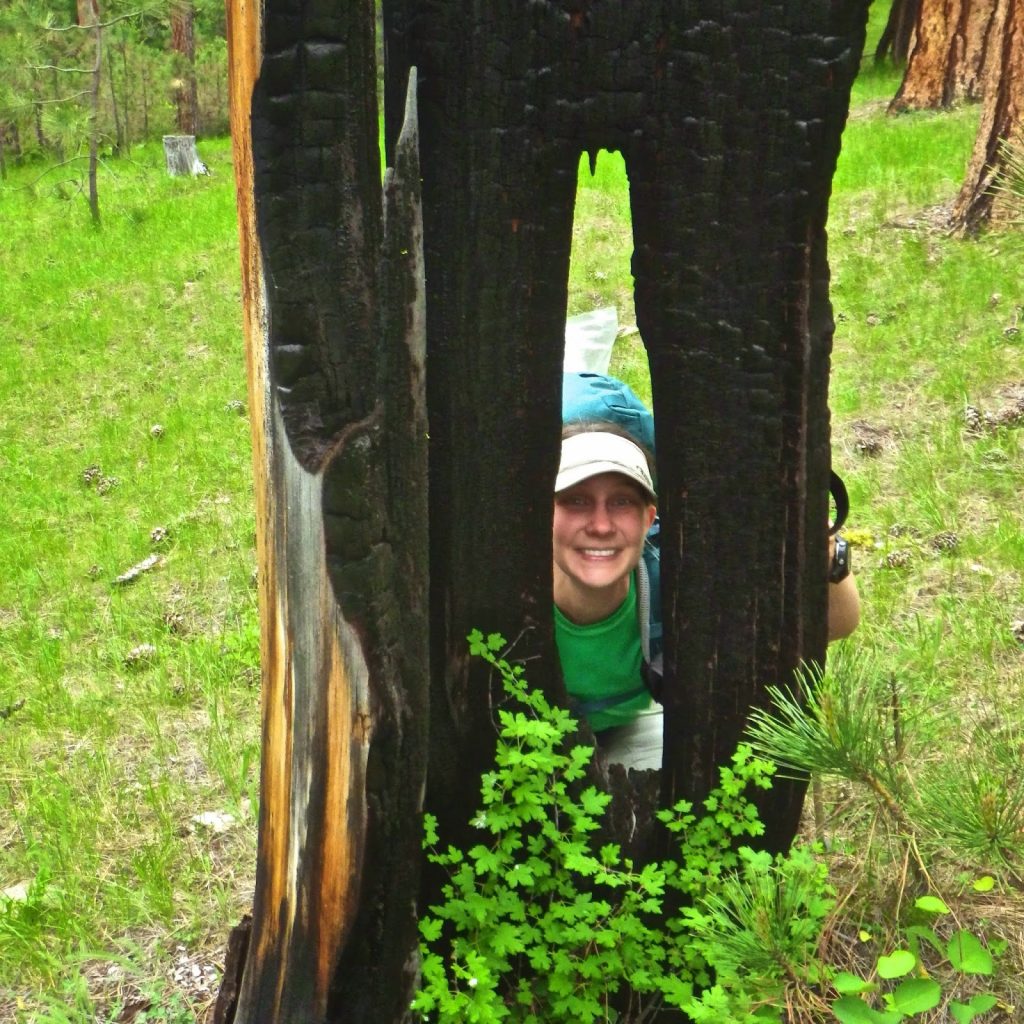