We made the most of our 5 days in Sydney, taking all modes of transportation to get around (including walking of course!) and seeing a variety of sights and tourist attractions.

We rented an AirBnB in Darlinghurst, which was walking distance from the downtown. It was a tiny studio apartment, but much, much better than staying in a hostel for 5 nights and cheaper than a hotel room. It had a great balcony where we ate breakfast every morning. 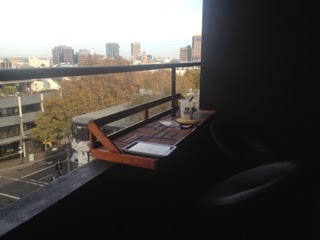 Our first tourist venture was taking a hop on/hop off Explorer bus tour of the city. It was a perfect way to get the lay of the land from a double decker bus and hear the history of the city. 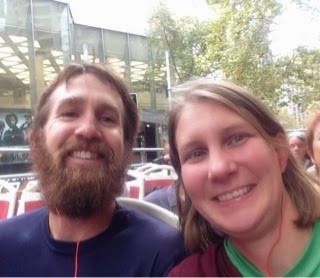 The bus tour even took us to Bondi Beach, one of the most famous beaches worldwide. It was a really beautiful coastline, but crowded on a cool autumn day. Can’t imagine the number of people during the summer! 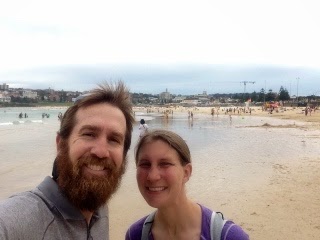 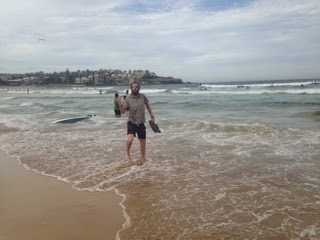 Next, we got a perspective of the city from the harbor via a sunset dinner cruise with Captain Cook Cruises. They say the views of the city are best from a boat. We concur. The dinner was yum and after we disembarked from the boat, we enjoyed Saturday night fireworks over the harbor. Not as spectacular as those done on New Year’s Eve, I imagine, but pretty darn good. 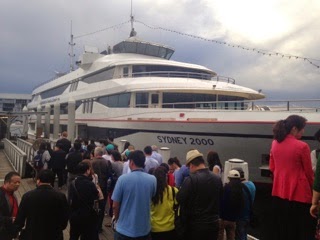 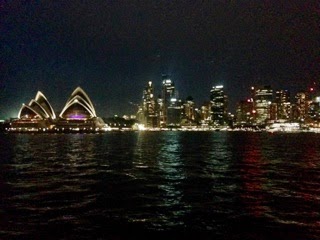 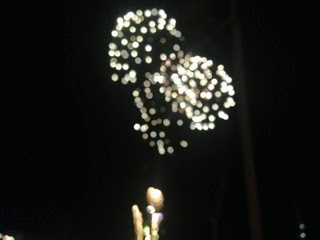 On Sunday, we escaped the city to Blue Mountains National Park, a 2-hour train ride away. Most of the Blue Mountains make up a World Heritage Area. We did little hikes there adding up to 6 miles or so and the scenery was beautiful, but nothing can beat what we’ve seen the past 5 months in New Zealand. The one thing that was unique was the fact that the mountains are separated by gorges, creating a canyon. There are lots of sandstone cliffs, but there is also a lot of forest/rainforest. That’s not typical of the canyons we see in the states. 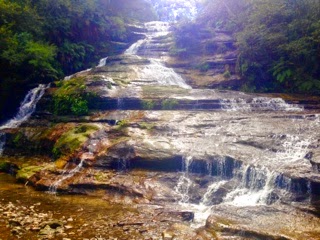 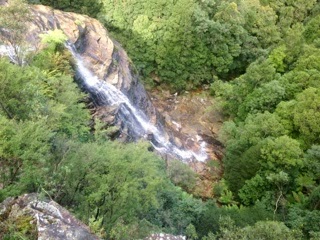 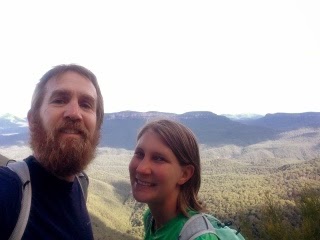 We planned indoor activities for Monday because it was supposed to rain. Well, it ended up being a ferocious storm with teeth. We debated buying an umbrella to protect us as we walked around the city, but every rubbish container was an umbrella graveyard, so we figured why bother. 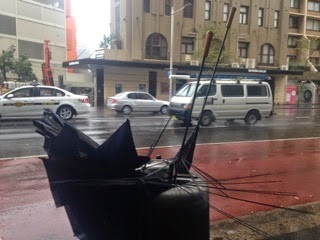 Our first indoor activity, believe it or not, was the Wildlife Zoo. An interesting building design because the animals were outside, but patrons were inside. All of the mammals, reptiles, etc. at the zoo were those found in Australia. So of course this included the koala bears, kangaroos and wallabys. 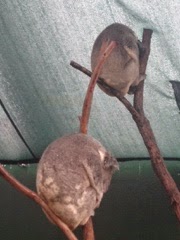 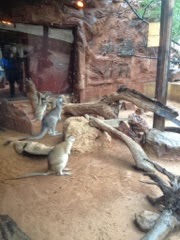 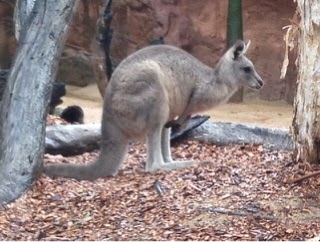 But there were so many others we didn’t even know about! Australia is home to many of the world’s deadliest wildlife, including the spider, snake and bird! Knowing what we know now, I have decided that it is probably not a good idea to ever go backpacking in Australia … J is still willing to try.

We really enjoyed the Wildlife Zoo. J’s favorite Australian native is the cassowary, the 3rd largest bird, which is flightless.

As for me, I fell in love with the Tasmanian Devils. Always in motion, like I like to be! (This made it hard to get a pix of them) 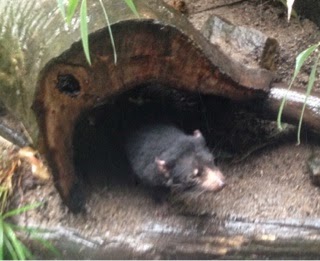 In the afternoon as the lashing wind and rain persisted, we toured the most visited attraction across Australia, the Sydney Opera House. This building design was the result of a contest during the 1950s and now it is one of the world’s most recognizable buildings! We got lucky with our tour because the ballet dancers were rehearsing in one of the theaters and the orchestra in the other. So we witnessed mini performances!! 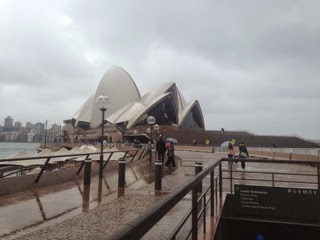 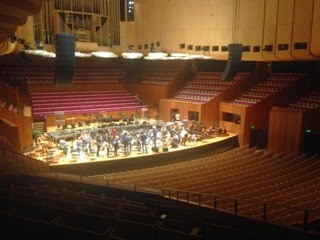 The bonus about our time in Sydney is that we got to meet up with our Te Araroa hiking partner, Kevin, one last time before parting ways indefinitely. 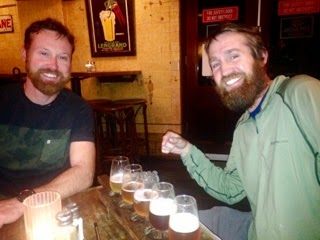 Which of these guys trimmed their beard and got a haircut since the trail?

So, after 149 days out of the United States, this ends our international travels … for now.