Well, our 5-month New Zealand grand adventure has come to an end. We flew out on Friday morning and are now are in Sydney, Australia. This was after a brief “oh crap moment when the airline said, “do you have a visa?” And we said, “no, we are only in Australia for 5 days.” And they said, “you need a visa if you will be in the country more than 8 hours.” It all got sorted out quickly thanks to the awesome customer service agents in NZ.

In any case, our last stop in New Zealand was Christchurch (ChCh). While in ChCh, we were lucky enough to be housed by 2 trail angels, Max and Lyn. 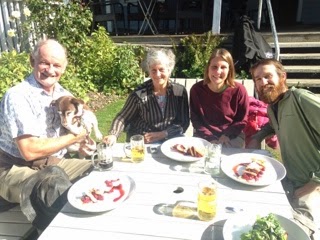 We met Max and Lyn at the north of the South Island right at the start of the Richmond Range. We were 5K from the start of the trail and they pulled over in their camper van to ask if we wanted a ride. We declined, but had a nice 10-minute conversation with them, which ended in, “here is our info and when you come to Christchurch, we’ll put you up.” Only in NZ will you meet people who will take you into their home after barely 10 minutes of “knowing” you. 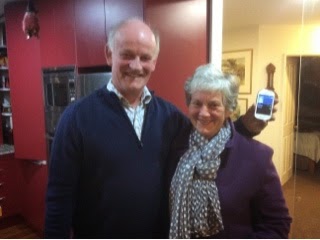 Max and Lyn are extremely well traveled and Max (who is nearly 70 I might add) is almost done section walking the length of the South Island. We had plenty to talk about. Max and Lyn definitely showed us our last bit of the amazing Kiwi hospitality. They housed us, fed us, drove us around (including to the airport at 4am) and played tour guide all around ChCh.

The first thing we did in ChCh was experience an earthquake. No, really, we did … 3.1 on the Richter scale.

ChCh is very well known for its earthquakes. On Feb. 22, 2011, a 6.3 magnitude earthquake devastated NZ’s second largest city, killing 185 people to make it the country’s 2nd deadliest natural disaster. Most of the deaths occurred in the 6-story television building, which collapsed at the time of the earthquake.

The earthquake and its aftershocks left nearly 50% of the buildings in the central downtown in disrepair. Four years later, the city appears as if the big earthquake just occurred this year. There are countless condemned building waiting for demolition, ongoing construction and closures around every corner. 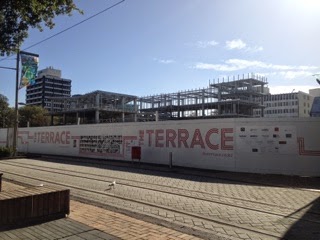 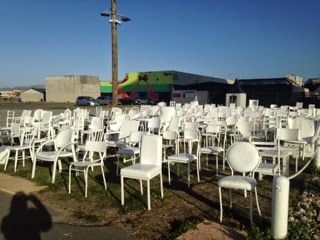 This includes the iconic Christchurch Cathedral, built in 1881. Not only did the cathedral’s spire fall and stained-glass windows destroyed, the earthquake left the structure unsafe. It is estimated the cathedral’s rebuild would cost millions and it is still up for controversial debate whether it will just be demolished or not. 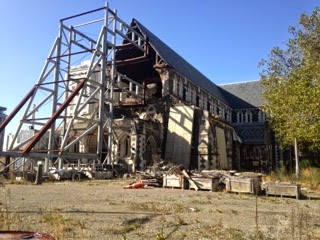 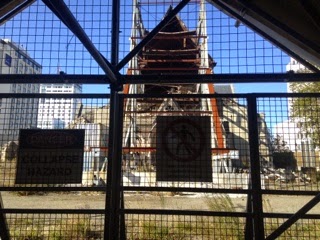 The city is forever changed and emotionally scarred. It is very sad. But, we saw the signs of rebuilding and rebirth and the city is slowly coming back to life. There is a really cool “restart” shopping district, where all the stores occupy containers. There is also a beautiful temporary cathedral open for worship, which is built out of cardboard, although you would never know that. 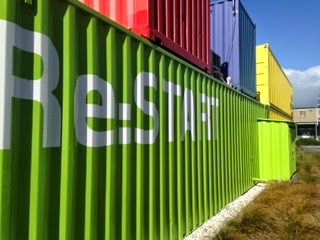 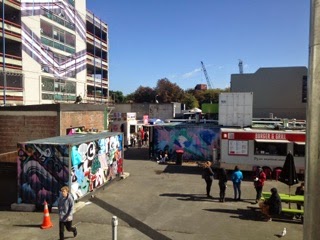 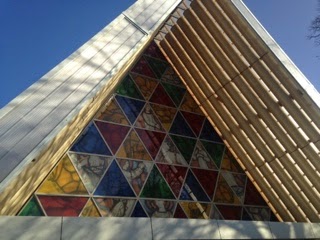 Touring the earthquake’s disaster path was not the only thing we did. We also visited the International Antartic Centre. ChCh is the gateway to Antartica, which is only less than 4,000 kilometers away (2500 miles). 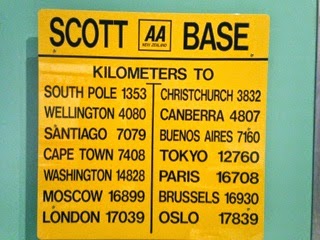 J & I would like to someday get to Antartica, but for now, NZ is the closest we will get. The Centre helps you experience a taste of life at the research stations with a simulated storm chamber, a ride on the Hagglund tractor vehicle used to get around down there and a 4D film taking you on a boat through icebergs. 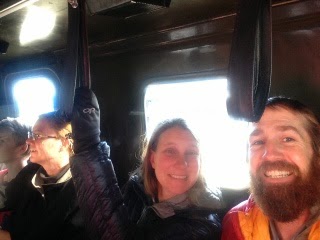 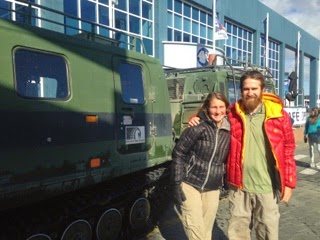 The bonus at the centre is that there is a blue penguin exhibit. NZ is home to more species of penguins than any other country. Now we can say we got to witness the habits of two different penguin species! These little tykes are much smaller than the yellow-eyed penguins we met the other day in the wild. And these guys are injured or ill in some way, but they are safe at the centre. 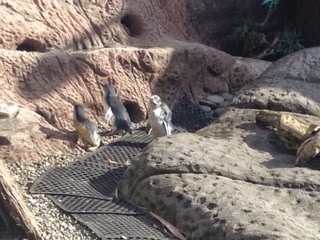 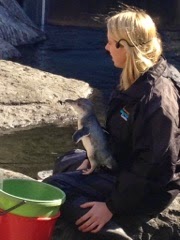 And so our NZ grand adventure has ended. Boo. We both fell in love with NZ and hope someday we can come back … Maybe even to live!