You are here:
Blog PostPosts 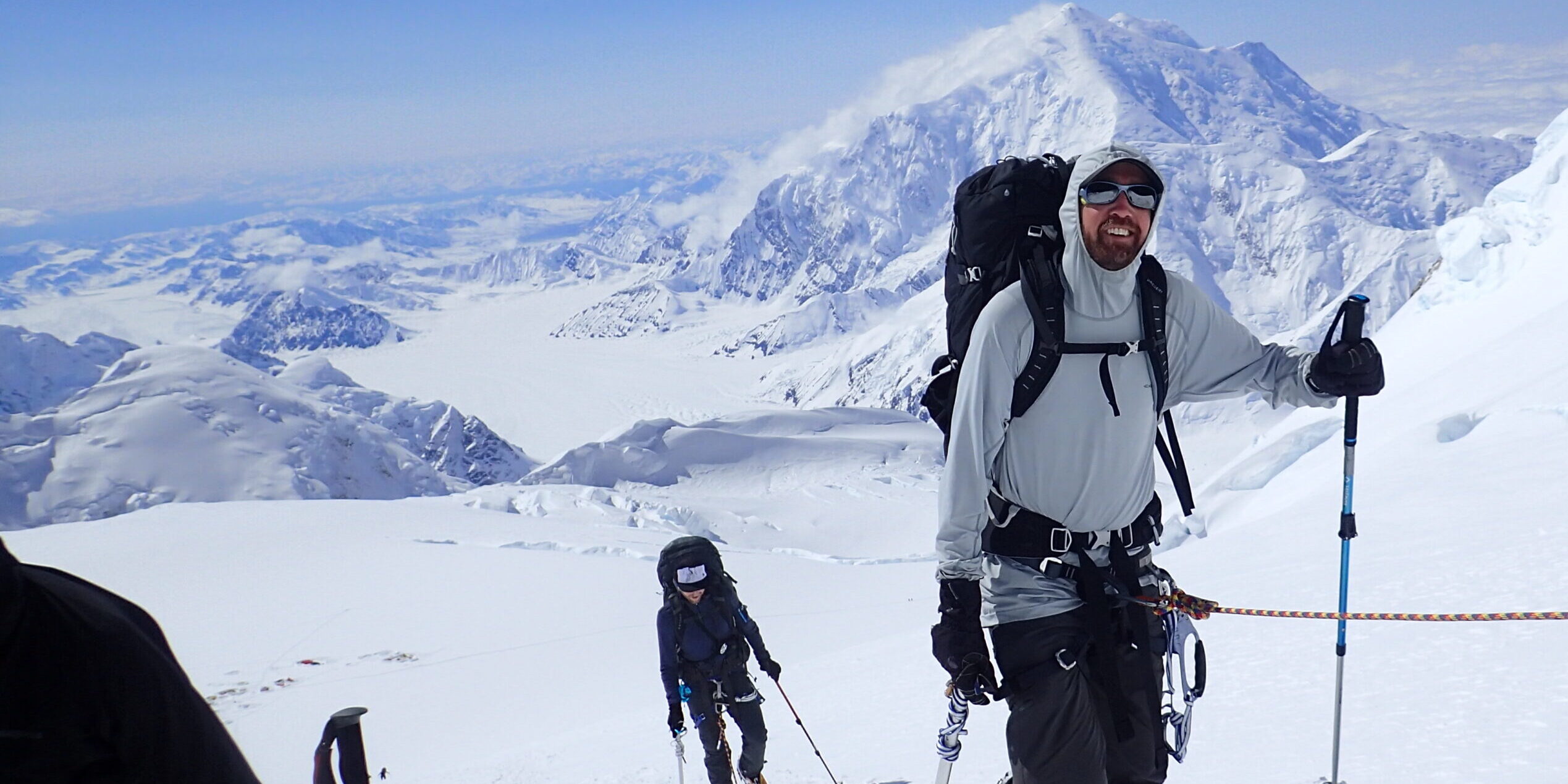 In case you missed it, Justin mentioned in his last post that he is planning to climb Denali (again) in May 2019!!!! Inevitably, there will be lots of details regarding that prep—especially gear—over the next several months. This past weekend, in fact, he spent time out in Rocky Mountain National Park clearing the cobwebs by practicing setting the anchors and crevasse rescue systems in the snowy mountains (yes, I know, basically jibberish to all of us).

Older picture from 2014, but wanted to remind you the perils of crevasses!

If you’ve been following our adventures for years, you may have seen SPOT updates over the years saying where we are in the world (clicking on the link would show where we were on a map).

Cell phones are obviously great, but if you look at any cell phone company’s map of coverage, there are always blank spots. Our company, Verizon, boasts having the best coverage covers 2.56 million square miles of the United States. However, our country is close to 3.8 million square miles!! And of course those blank spots are many of the places we explore (Alaska is largely one huge blank spot on the coverage map!).

During Justin’s 2016 climb of Denali (in that blank Alaska), he took the SPOT Gen3 one-way satellite messenger up the mountain with him. Every night, he would send out the same message that he preset from a computer before leaving, “Justin here, checking in from Denali. All is well and I am climbing on.” Meanwhile, all of us left behind were left wondering … what does that really mean?? I don’t want to speak for others, but I was desperate for updates and information on this 23-day climb. Not to mention, he usually sent it out later in the day because sometimes the team didn’t know if they were moving on or staying put. When he sent it and I could see he was staying put (thanks to clicking on the SPOT link with GPS coordinates and a location on the map), I wanted to know WHY?? What was the weather really like (I stalked weather reports)? Was someone hurt? Was he hurt? Did he sever off his arm with his snow saw while building camp? Did he fall through a crevasse and spend the whole day climbing out? Your mind can really wander. Basically, I wanted hundreds of text messages daily about his every move! Reasonable, right?

His SPOT message from the team’s last camp

Anyway, I told him if he was going to continue to climb, there had to be two-way communication. Now, I know you are thinking, aren’t there satellite phones that have been in existence for years and years? Sure thing. But those things are still extremely costly and out of our budget—$12 per minute to talk!

The newest technology—a satellite messenger like the SPOT X—was absolutely more affordable, yet it is still an investment. The device costs $250, then you can choose from 3 plans ranging from $12-30/month, as well as a $20 activation fee. It allows texting to any phone with widespread worldwide coverage (blue is 2-way communication, orange is 1-way communication). It of course still has the same ability to send out preset messages, and hit a button for emergency rescue. The number of customized texts depends on plan. We chose the unlimited plan, so I can text him a million questions and he can text me half the answers (because that’s what will happen). Then I can let you all know what’s really up!

Truth be told, we have a fellow hiker to thank for introducing us to SPOT. I never even knew what a personal locater beacon was until our Appalachian Trail thru hike in 2011. Our hiking  buddy, Fire Marshall, was carrying a SPOT Gen1, and would check in with his family with the preset messages via the SPOT device every night.

In planning for our 2014-15 Te Araroa thru hike in New Zealand, everyone recommended bringing a personal locater beacon. We snagged the SPOT Gen1 from Fire Marshall (the Gen1 is now discontinued) and bought the 1-year plan. We didn’t feel the need to check in every night, but changed the pre-set message in town and sent that out once a week from the backcountry. It would say “The Wandering La Vignes are checking in from …” Friends and family loved following along our hike so closely, especially since we were thousands of miles away in a foreign country. Thankfully, we never had to set ours off for an emergency … I did beg Justin to hit it to call rescue at least once a week, as that trail almost killed me. Luckily, Justin is the ever-so-positive energizer bunny who wouldn’t let me cave.

Ever since our Te Araroa thru hike, we’ve been super fans of SPOT and the use of satellite messengers. We go deep in the backcountry, and though we consider ourselves skilled, anything can happen. We want to be as prepared as we can be (first rule of Leave No Trace: Plan Ahead and Prepare!).

The SPOT X is going to change the game of the outdoors for us. Not saying this will ease my anxiety completely while Justin is climbing mountains like Denali, but it will shed a little more insight. If he gets really motivated, he could update our social media from his tent at 17,000 feet while the winds howl 80 mph and the temps drop to -50! Wouldn’t that be fun? For us armchair adventurers? And beyond Denali, it will be great to have more versatility during our long-distance hikes … cause I’m sure you know one of those has to be right around the corner.

We are so excited that after years of using SPOT, we’ve partnered with them! If you look through our website, you’ll see we don’t partner with a ton of brands, but they are always brands we’ve used for years and trust. And because SPOT provided us a SPOT X device, we still have, but don’t need, our Gen 3 device. So we will be giving that away to one lucky newsletter reader come spring! Stay tuned …