We said goodbye to our 2-month caretaking gig on that secret island today, but want wholeheartedly to come back someday.

We are mountain people through and through, but there was something magical about seeing the golden honey and grapefruit sky sink into the ocean every single night. And, we never tired of watching and listening to the churning waters smash against the rocks spraying the horizon. 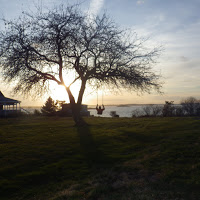 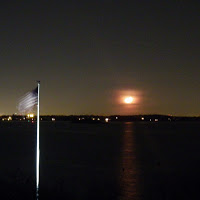 Yes! That is a seal. Only spotted ONE.

With hints of winter peeking through, we know island life is about to get a little bit harder. The caretakers begin to operate on a real off-the-grid experience.

We fully admit our “off-the-grid” island life has been cushy. With unlimited fresh running water, abundant sun (which means abundant electricity) and only the occasional need to get the stove going for heat, who could complain.

But from this point forward, the caretakers will have have to be more mindful of water and electricity usage, and will have to work hard to stay warm.

They will have to go fetch their fresh drinking water. There will still be running water for showers and washing dishes, but it comes from a 500 gallon cistern, so when it empties, there is the task of refilling it. 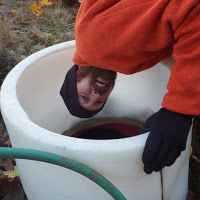 Also, our solar panel read full for all 60 days we were here (okay, one day it dropped to 90%, but still). We did not have to turn on the generator once and were not stingy with our electricity use. Shorter and cloudier days during the winter means more reading by candlelight.

The finicky coal stove will be another battle. On day 45, we finally got the coal stove going. To be fair, we didn’t really need it until around 45 days in, but we did try 4 times before actually succeeding at getting it going. And, we still haven’t mastered it. During the winter, it becomes almost a full-time job to keep that thing going, not just for your own safety and comfort, but so the building doesn’t freeze. I am going to venture to say that if we stayed through the winter, there would be more shivering profanities aimed at the stove. 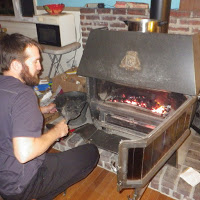 I still don’t think the winter isolation would bother us one bit, and hopefully sometime we can find out. We have kept very busy on the island and I know you are scratching your head as to how this can be, but the days flew by. We always have projects to work on and this time it was planning our New Zealand Speaking Tour. But we can always find a way to entertain ourselves.

And, for those wondering how we did on food rations, the verdict is we think we did great.

Some quantities were over the top, such as the 6 lbs of shredded cheese, 7 boxes of pasta and 24-pack of hot dogs.

Then there were items that became a lesson learned. For example, 2 gallons of milk and 2 loaves of bread is NOT enough to last 2 months. Also, you can never have too much chocolate, bacon and beer.

Thankfully, there’s always living off the land, or the sea, in this case.

Overall, we realized living on an island was just like backpacking. You always want what you don’t have!!! 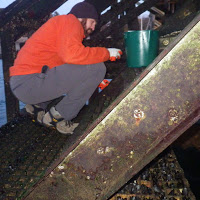 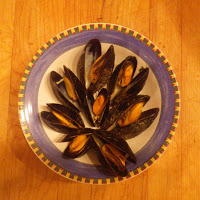