New Mexico is a darn big state. Even though we’ve been living here on and off for 2 years (holy cow!), we’ve hardly explored half of it. Little by little, we are trying to see more.

Because our nomadic half-time RV, half-time hiker friends, BJ & Clara (Shadow & Country Mouse), put down temporary roots in Silver City during March/April in anticipation for their northbound thru hike on the Continental Divide Trail this summer, we took it upon ourselves to crash their party. 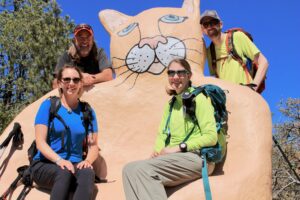 BJ, Clara, Justin & I just snuggling with a cat …

Silver City is appealing for many reasons. It’s pretty much the starting point for CDT hikers and a cool little trail town. Silver City is so close to the Mexico border, we had to go through a mini border patrol stop on the way back north! The town is surrounded by Gila National Forest and the Gila Wilderness. Though it is a long haul to get there, we’ve heard so much about the area for hiking, we knew we had to check it out. Definitely beautiful, but to be honest, it kind of reminded us of where we live in the Santa Fe National Forest. 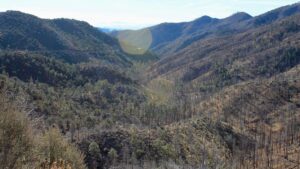 Anyway, we did what the 4 of us do best: go hiking and play games. Clara & BJ are the ones who introduced us to our new favorite card game: Monopoly Deal. They gifted us a set recently and we’ve played so much in the last few weeks that they couldn’t really beat us!! 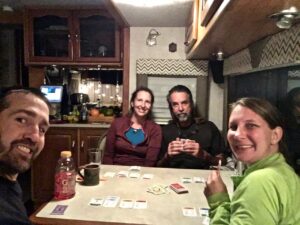 As for the hiking part, we kept it low key. Did a 3.5-mile loop on the Dragonfly Trail to spot some petroglyphs. 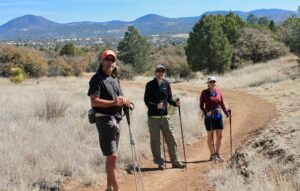 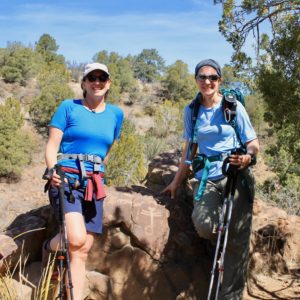 The other hike we did was … different. And requires a backstory.

There’s an art project called “One Million Bones” which first appeared in Washington DC in 2013. It was a 3-day event where one million fake bones handcrafted by artists around the world were laid around the National Mall to bring awareness to genocide. 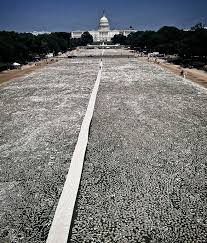 After all was said and done, the art project manager wanted to fine a permanent resting place for the bones and connected with the owners of Bear Mountain Lodge in Silver City. With more than 100 acres of land and trails, the lodge owners volunteered their private land as the new home. They have invited the public to help move the ceramic bones from their hundreds of boxes up the trail to an open meadow.

So we loaded our backpacks with femurs, spines and jaws for the uphill carry. 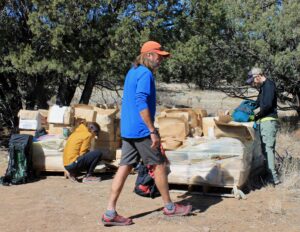 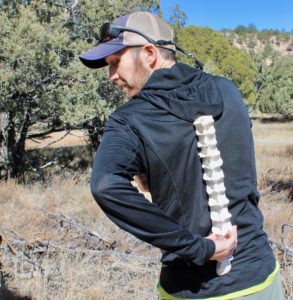 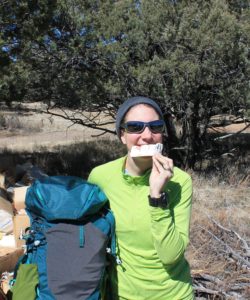 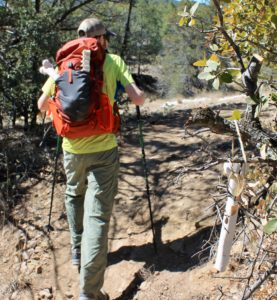 It was a strange experience. At first, we were thinking it went against our Leave No Trace principles, but it’s the lodge’s private property and they can do what they want. Plus, leaving the bones in the symbolic mass grave was kind of a way to let go of burdens, fears and such. 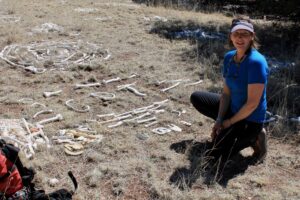 Here’s what I will say for sure: those bones were darn heavy!

Our last bit of our mini road trip entailed running into 2 other hiker friends, who just happened to be driving across the country through New Mexico. And that would be our Appalachian Trail partner-in-crime, Mac (Fire Marshall) and his girlfriend, Alex!! It’s been a long time since we’ve seen each other and the visit was too short, but Mac has followed his passion and been in business for himself with Virginia Build Works creating beautiful furniture and custom pieces. He even brought us our very own handmade gift! (If you are local to northwest Virginia, do check out his amazing work.) 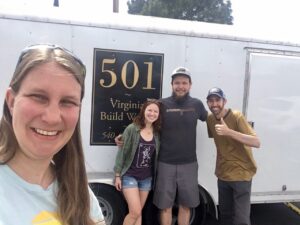 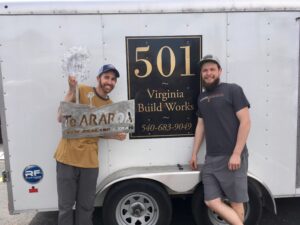