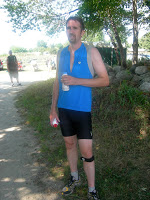 He is a triathlete, hear him roar.
I asked J to blog about his triathlon today, but he said I could. How am I supposed to convey the experience of a first-time triathlete? I will say, he is a rockstar! He not only completed the whole thing, but he did really well! Except for the fact that three 60-year-old men beat his time … 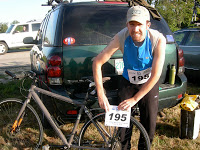 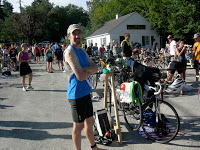 Anyways, here are his stats:
Total time–1 hour 12 minutes, 12 seconds
Transition from swim to bike time–3 minutes 40 seconds
Transition from bike to run time–1 minute 8 seconds
1/4 mile swim time–9 minutes 17 seconds
I would like to point out that J put himself in the beginner category for swimming and he ended up passing many of the people in the heat before him (they started 2 minutes ahead!) and even some others in the next heat up. 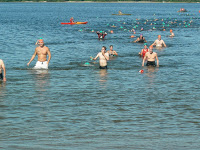 Looks a little like Baywatch, doesn’t it? He’s all mine ladies. 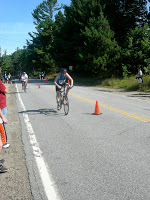 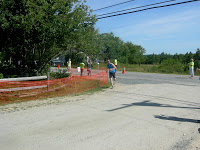 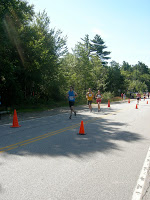 So then after the tri was all over, we went to a park for a friend’s bday party. I thought J would pass out on the blanket from exhaustion. Instead, he played three rounds of volleyball and two rounds of cornhole. Rockstar, I tell you. Meanwhile, I discovered a new card game I love. Dutch Blitz. Apparently it came from the Amish. Who knew? 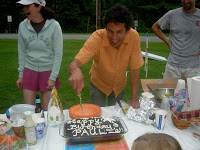