Meet Us in Spokane

You are here:
We have a *few* friends/family willing to make the long haul out to visit us this summer. But we know we are a far way from anywhere. So, we are willing to take second best, which is meeting up in Spokane, a quick 3.5 hours from us.
Our kindred spirits from NH (Paul/Second Nature and Kristen/SoGr8ful) were coming to the great city of Spokane to visit family for Kristen’s (29th again) bday. They and their family invited us to crash their party. 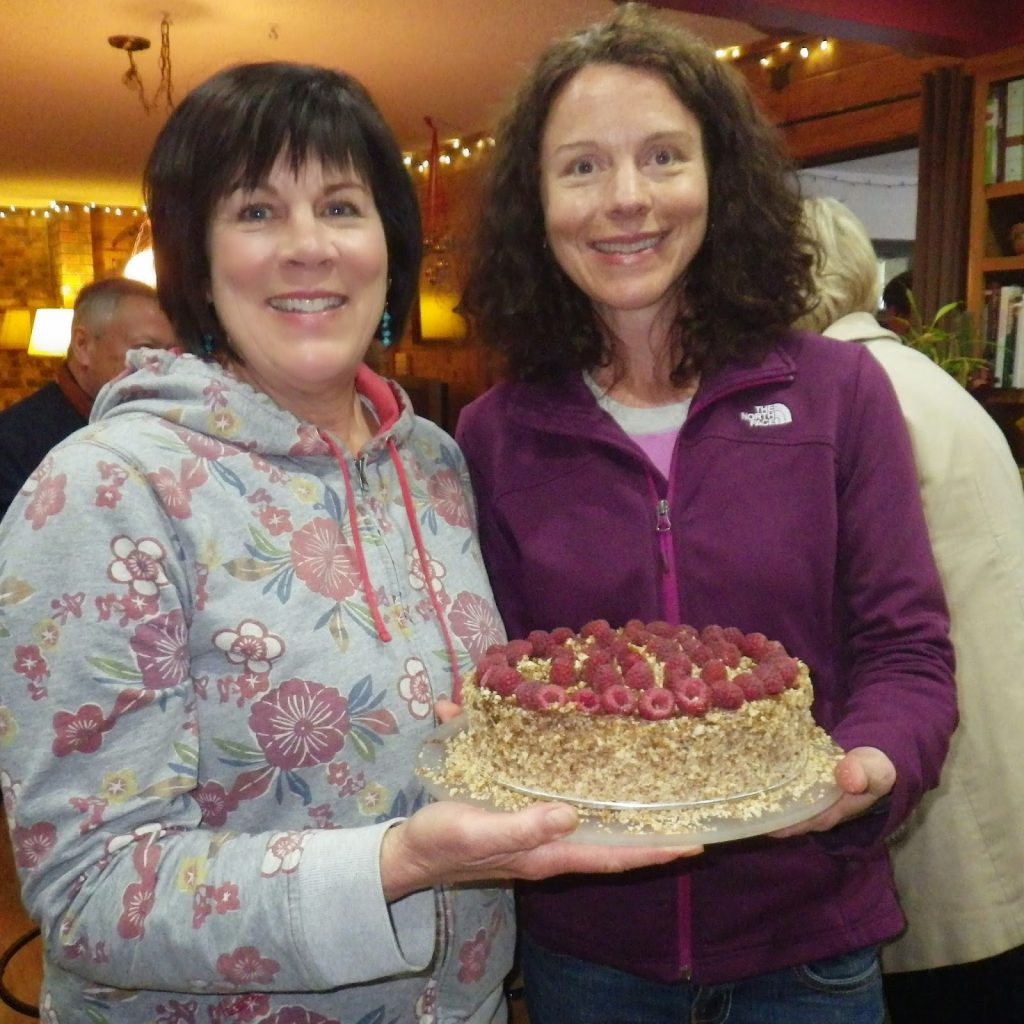 Kristen with her sister and our lovely host 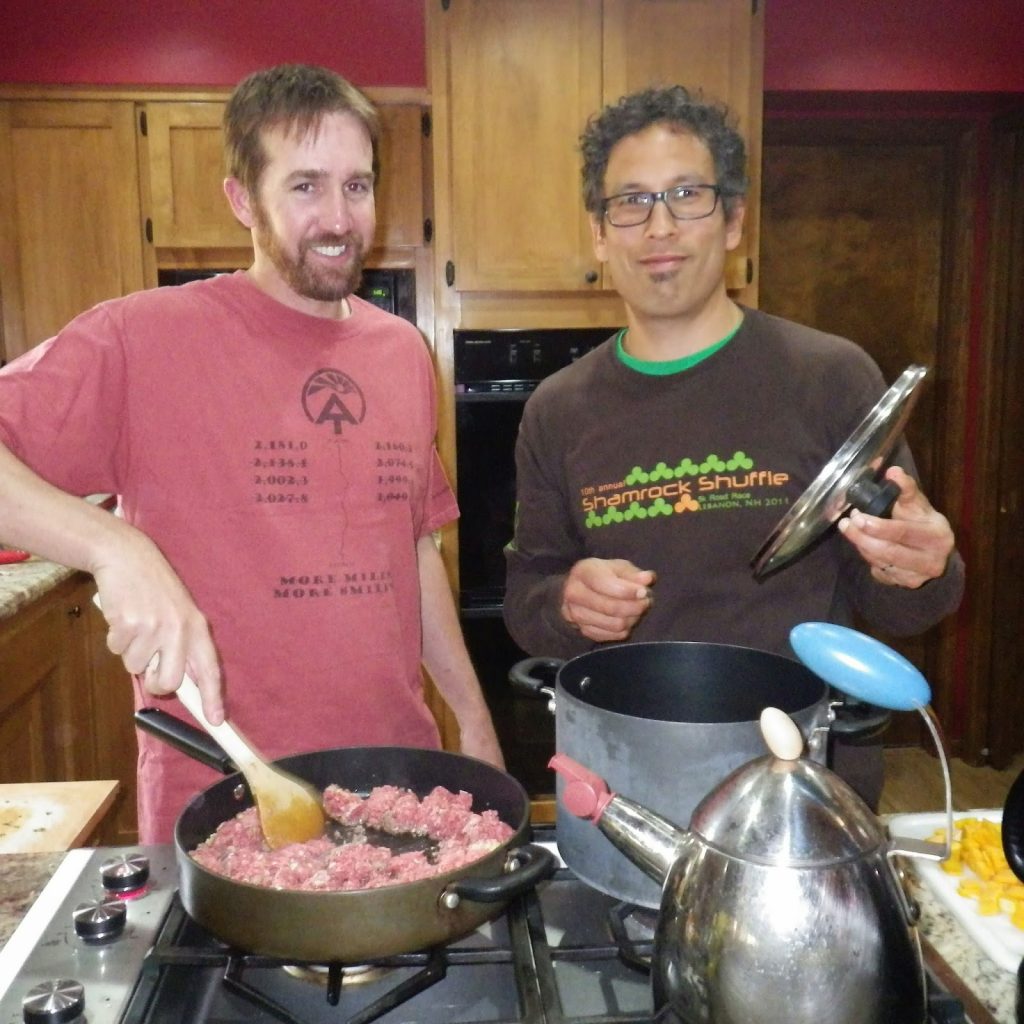 Paul finally made us a traditional Thai meal
As much as J & I are not city people, Spokane left a good impression on us. It could be because much of Spokane is laden with parks and gardens. Back when the city was preparing to host the 1974 World’s Fair, they completely revitalized the downtown to incorporate more green space. Forward thinkers, they were. 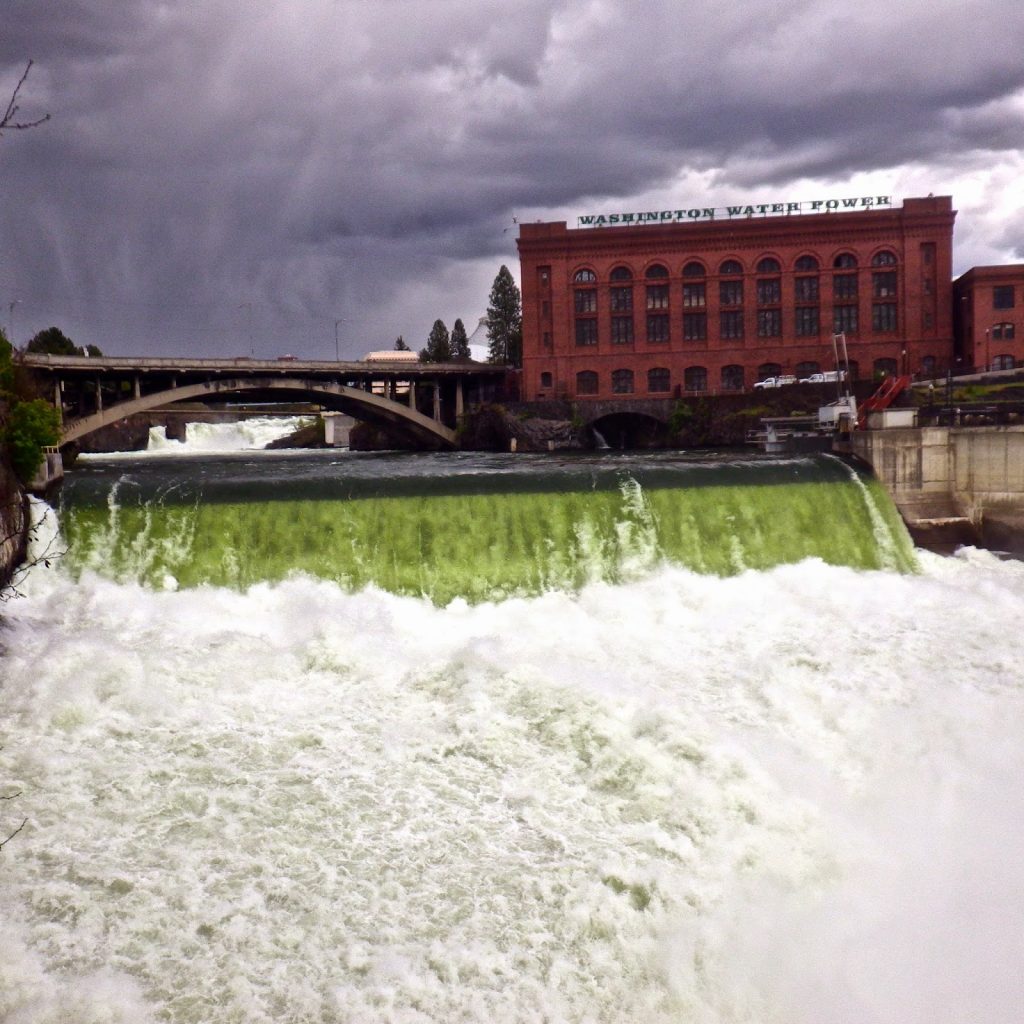 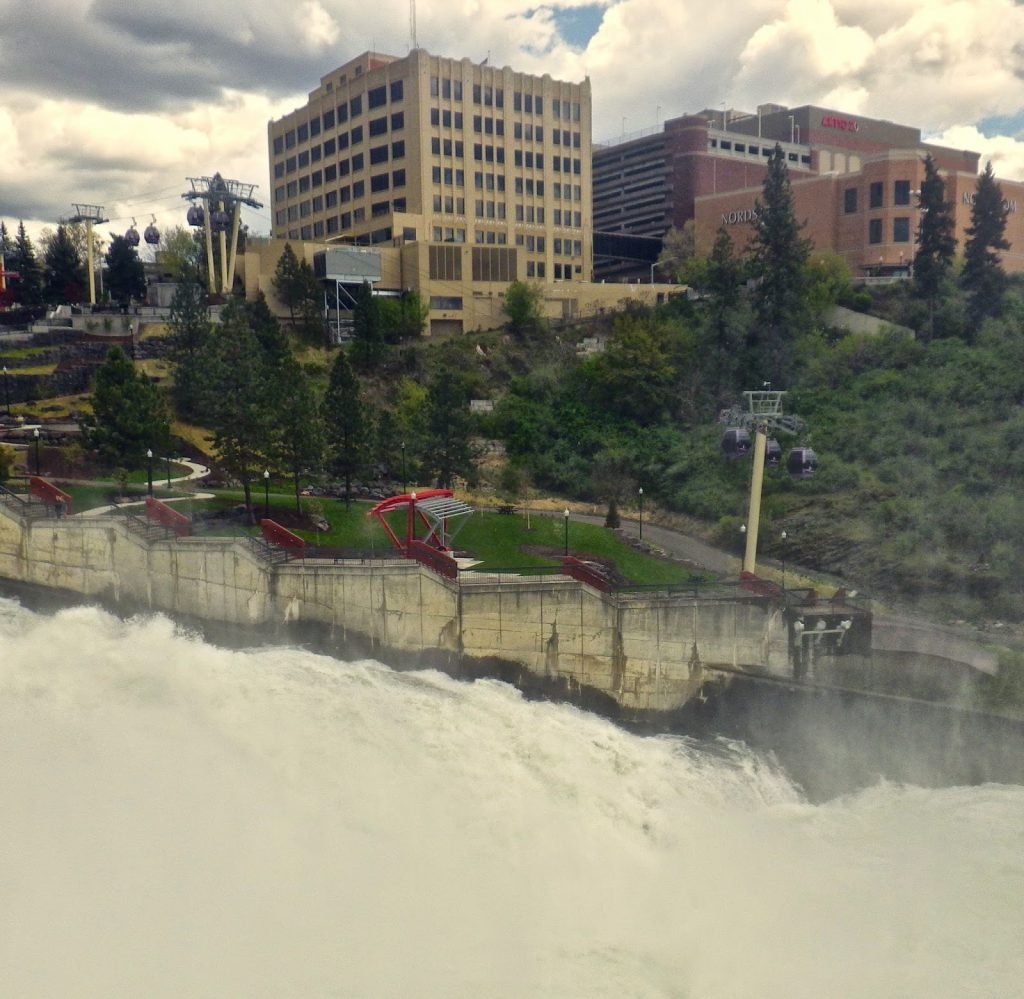 Visiting these said parks and gardens were definitely on our agenda, as Paul & Kristen remain title winners as our most active friends. As we were pulling into Spokane, these two crazy birds were running a 12K in a city where they don’t live on a certain someone’s bday. Who does that? They do, that’s who. 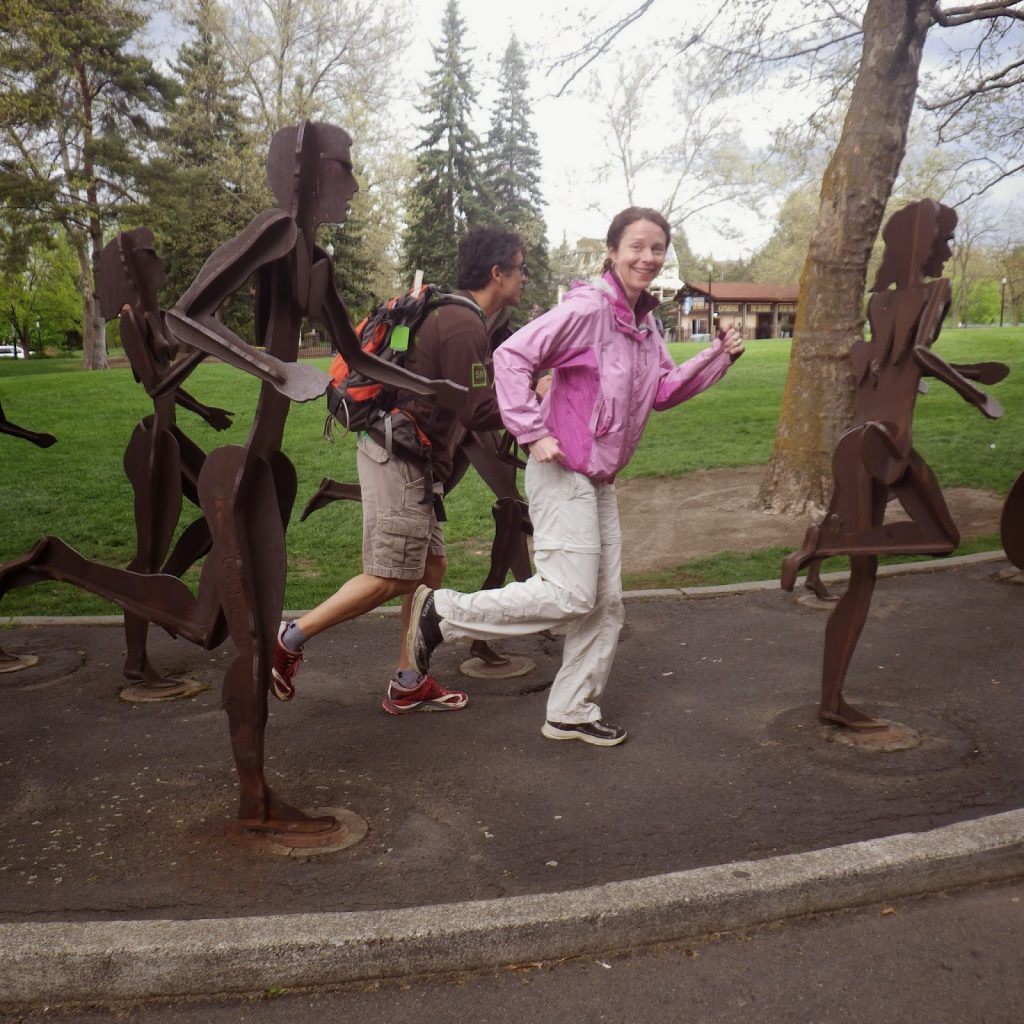 The parks were impressive, but even more impressive was the 111-mile Spokane River. This time of year, it is running with just a wee bit of force. We would never attempt these rapids; we’ve learned our limits! 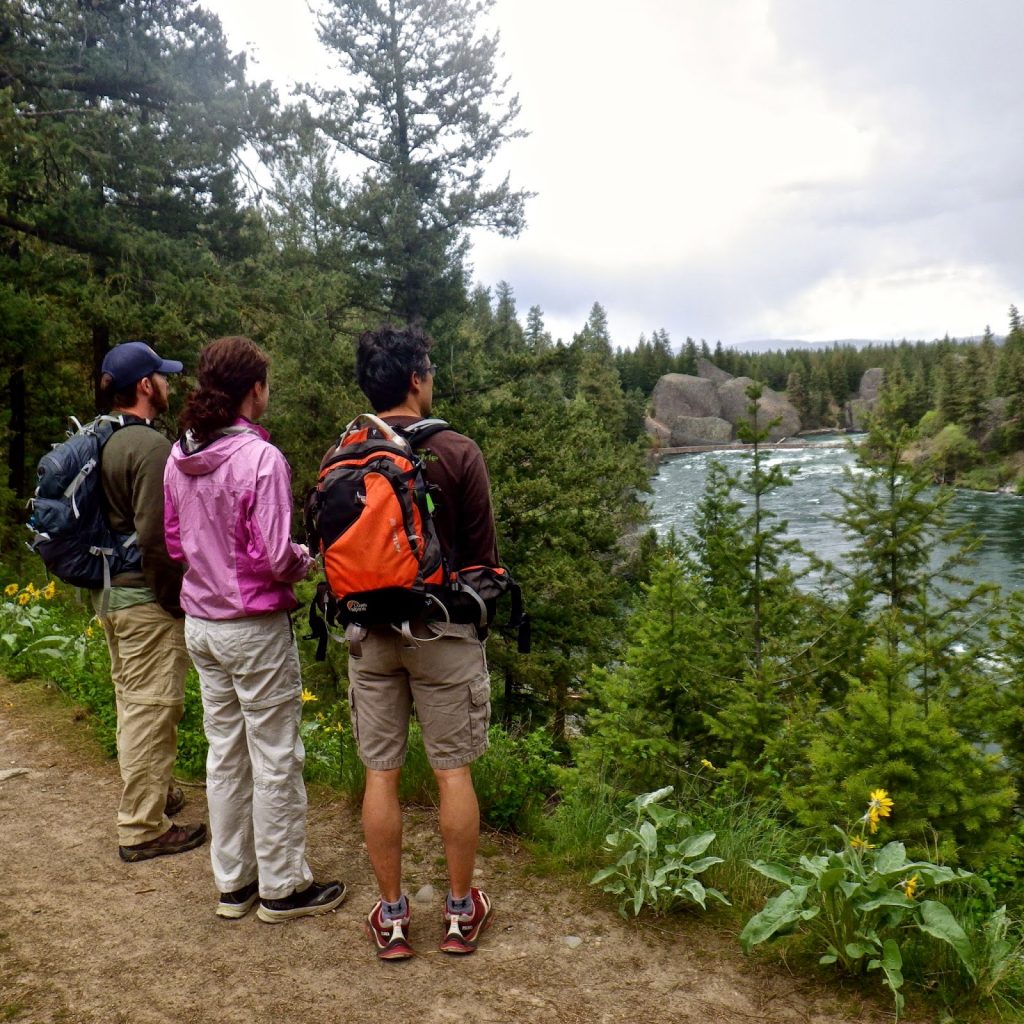 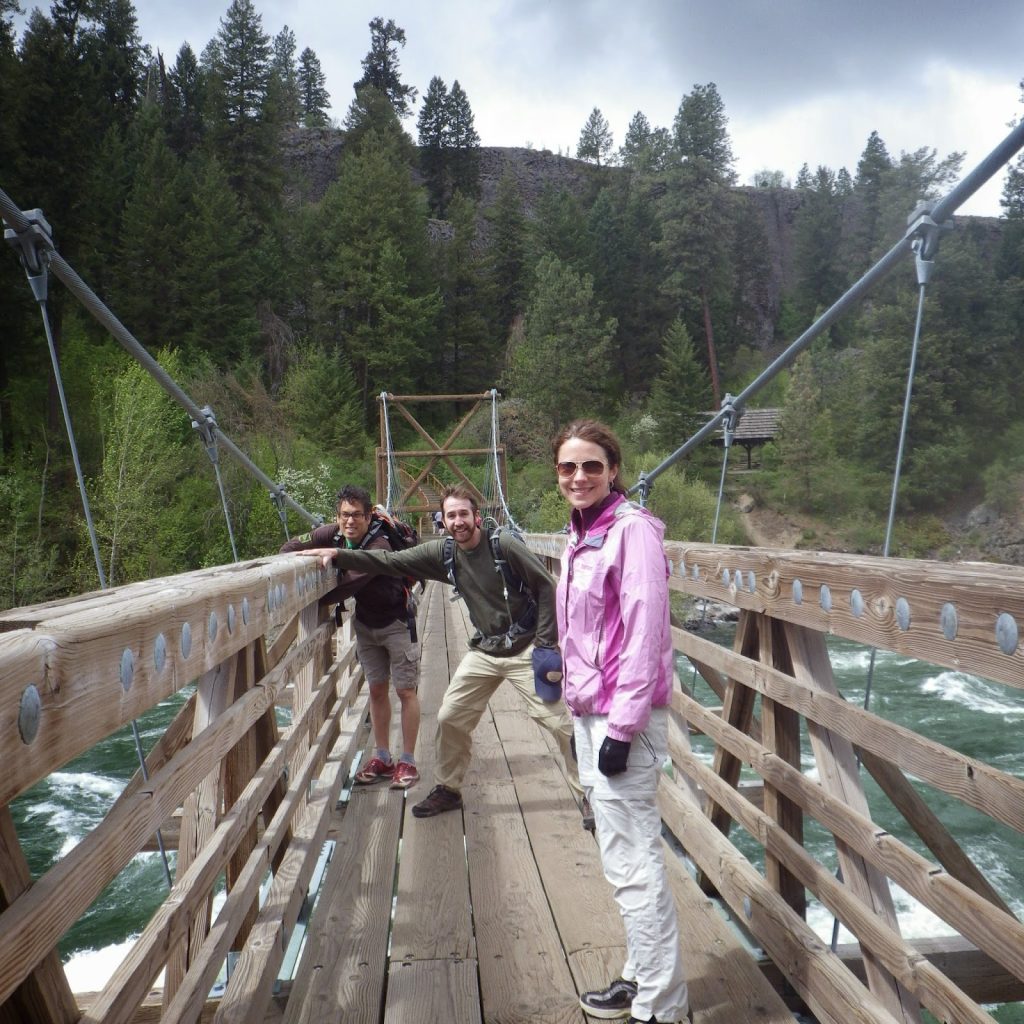 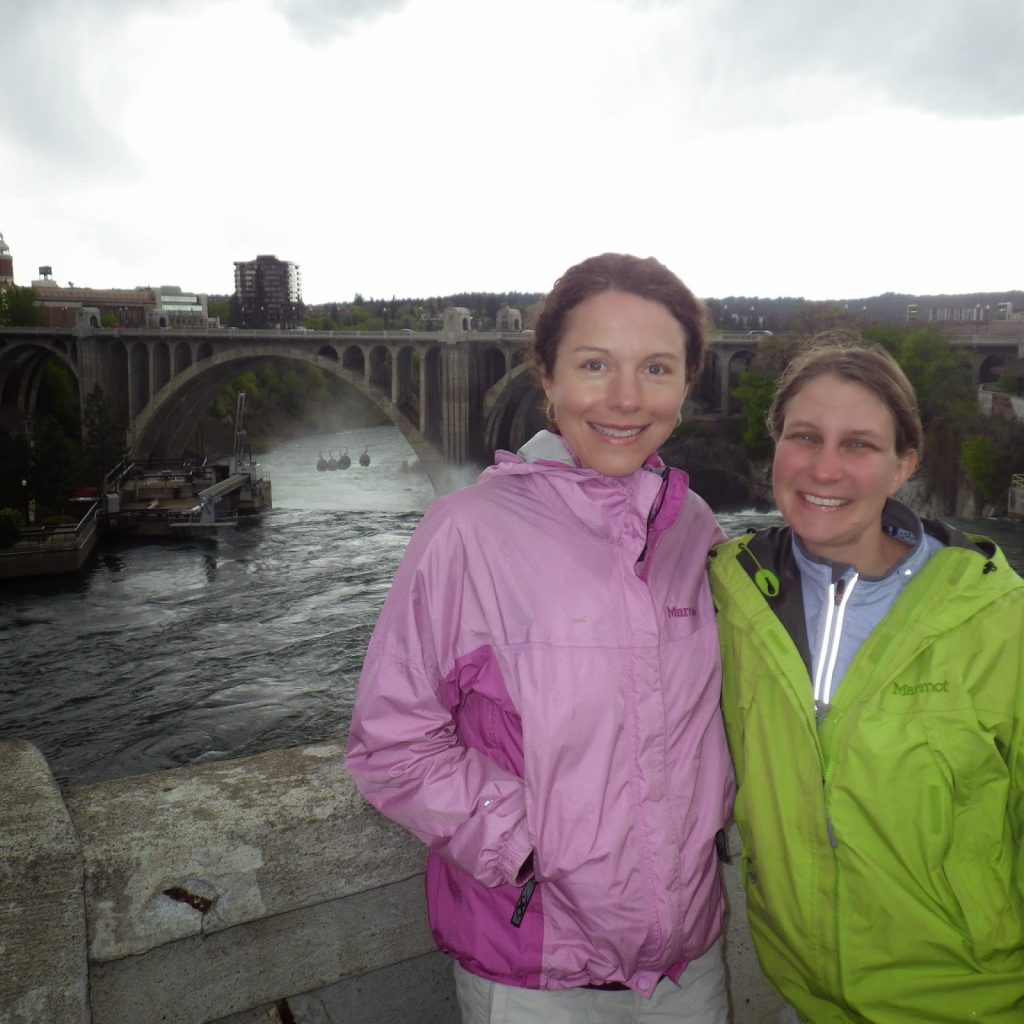 It was a short, but sweet and refreshing, visit with our kindred spirits. It could have been anywhere, but we are glad we finally got to explore another city we’ve only driven through before.
Categories: Blog Post, PostsBy plavigneMay 9, 20142 Comments
Tags: Outdoor RecreationVisitors