Queenstown is a BIG town, and we are actually taking our second South Island zero day here because there is a Te Araroa party taking place here on St. Patrick’s Day. our timing to get here worked out perfectly! I will update about our Queenstown time before we hike on, so stay tuned, but for now, a hike report.

We just finished the Motatapu Alpine Track, a short 100-kilometer (60-mile) section from Wanaka, and we are now at kilometer 2670. This past section may have been short, but it packed in a lot of punch. It was one of those sections that had a reputation. The word on the trail was that the huts were awesome, but the hiking was hard. We started off along Lake Wanaka, which was flat and beautiful. 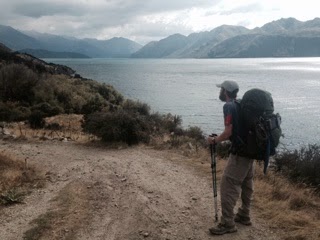 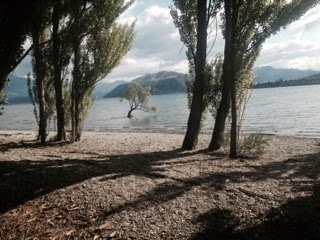 Then, the climbing and other themes began. 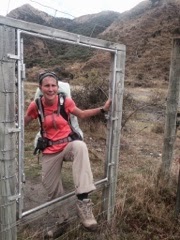 1) Thank You, Shania Twain.
Shania Twain purchased land here, and at the same time, the Te Araroa Trust/Department of Conservation was trying to negotiate trail access (Motatapu Alpine Track) through the private land. Being she was a foreigner trying to buy land, the special deal was struck where she would allow hikers to walk across her property (but only in the hills, not near her home), pay for the construction/marking of the track AND pay for huts to be built on her property for the trampers! Her huts were among the newest we’ve seen, mouse-free, and spacious. We have seen a wide gamut in the quality of huts along the Te Araroa, so it was nice to know these were going to be top notch. 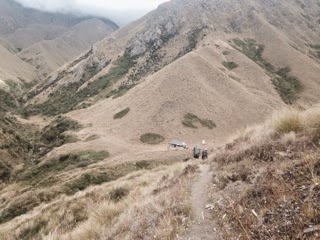 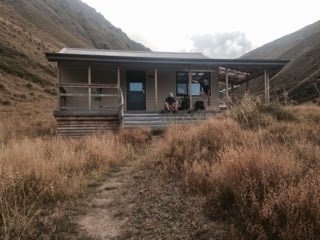 Despite this fact, J remains skeptical of all huts. He immediately inspects for mouse poop. And no matter how new and clean a hut looks, J likes to still give it a sweep. If you want to see more of the huts, I posted a video on our YouTube channel of one of them. 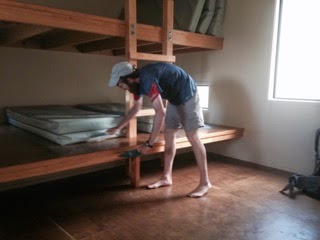 I don’t believe Shania still comes to NZ or even owns the land, but it was a cool tidbit nonetheless!

2) Undulating and Sidling, My Least Favorite Words
As Per its rep, this section certainly delivered a serving of undulating and sidling trail. In fact, one day we climbed up and down so much, it added up to a gain of 1900 meters (6100 feet) and loss of 1900 meters (6100 feet). My calves were definitely burning that day. Below is a picture of Kevin above me and Justin below me to give a little perspective of one single climb. 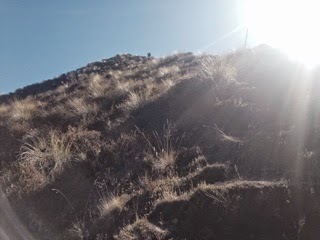 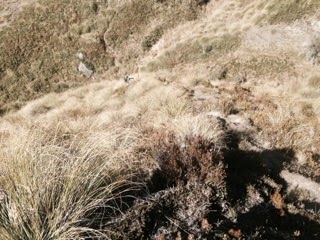 But, I kind of loved it this time around. The views were just awesome and the track was well marked (thanks again Shania!) and I guess I am just used to the undulating and sidling by now. It is the norm on the TA. 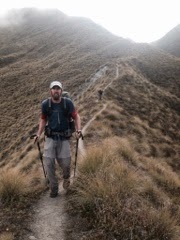 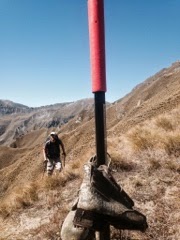 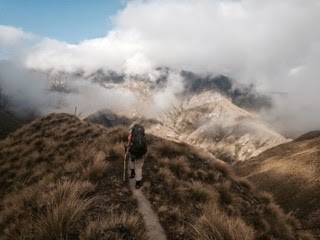 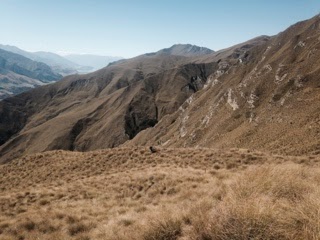 3) Record River Crossings
In this section, we had a choice. Take the high water route undulating in the bush or follow the Arrow River. This is how I know we’ve been in New Zealand too long. When given that choice, we tramped the “kiwi way,” which means just go in the river. We followed the Arrow River, but this mostly meant we were in the river or crossing it numerous times. 69 times to be exact. 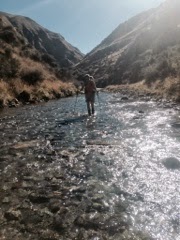 But I am not complaining this time. The Arrow River was quite a pretty and easy river to travel through. 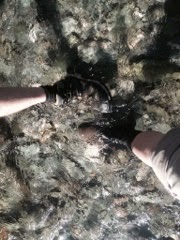 Plus, gold was discovered in the river back in the 1800s. We walked through Macetown, which is now a ghost town abandoned after the gold mining era. Some might say there is still gold to be found in the river (and there is a whole tourist industry built on that), but we can attest that there is not. If anyone is going to find gold in the river, it would be eagle eye J. He had his head down looking almost the whole time and found not a single speck! 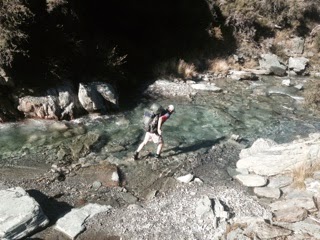 4) Queenstown’s Dirty Laundry Basket
As usual when we are road walking through and into bigger towns, we encounter every bit of civilization from suburban neighborhoods to golf courses. 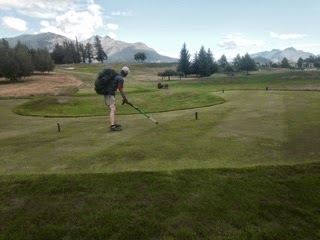 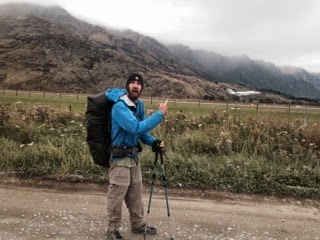 For Queenstown, our trail notes said this:
“Beyond this point, this track becomes a veritable trip through Queenstown’s dirty laundry basket.” It wasn’t as scary as it sounds, but it did make for some interesting trail! 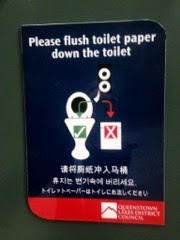 This sign is apparently for tourists from Asia who don’t flush toilet paper in their respective countries. NZ does.