We spent 5 days in the Bay Area. IF we were city people, San Francisco might be a good choice for us. We both have been a few times, and always have the same sentiments. But if traffic and mass amounts of people confirmed anything for us these last few weeks, it is that we are NOT city people. Still nice to be a tourist! 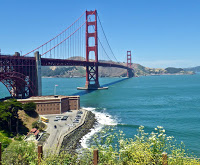 Luckily for us, we have friends in the Bay Area, allowing us to stay on the cheap! 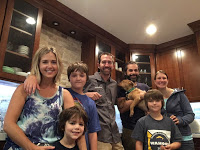 Justin has known the guy in the back since grade school! 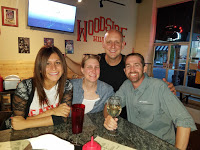 The tall bald guy in the back (Jason) hijacked J’s Prep friends awhile back, but he’s a keeper in that circle of friends!

Before visiting and catching up on laundry using an actual washing machine, we enjoyed some urban adventures.

The biggest adventure was biking the bridge! We biked about 10 miles from Fisherman’s Wharf to Sausalito, enjoyed some grub and beverages, then took the ferry back to San Francisco. 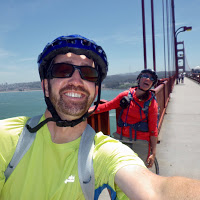 This is something I’ve always wanted to do. I’m not the greatest biker, especially on city streets with people, but the rental companies have mapped out a route and make it very easy for anyone. Justin, on the other hand, is a great biker, but has a weird fear of bridges. He can traverse ladders across seemingly bottomless crevasses in crampons, but bridges across water? Worst nightmare ever. 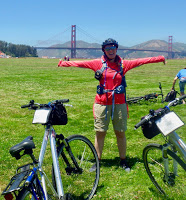 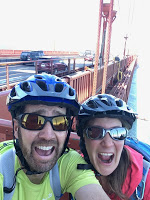 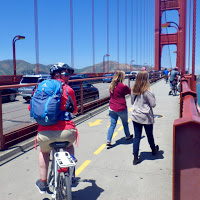 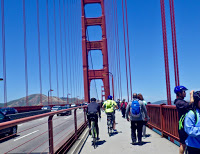 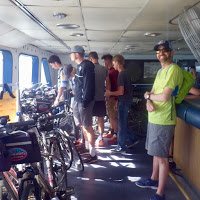 We spent the bulk of our weekend south of San Francisco with our friends at their “resort” in Redwood City, which apparently has “climate best by government test.” This is also in the “tech” district. I was totally geeking out being able to see Google & Facebook campuses. We visited Amy, Jason’s wife, for lunch at her tech workplace (not Google) one of the days. Besides free lunches for employees and their guests, they have heated toilet seats!!! Justin also found another concert, but thankfully he had a buddy to drag instead of me. 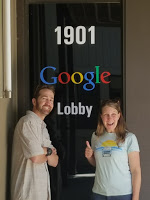 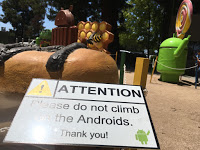 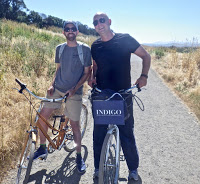 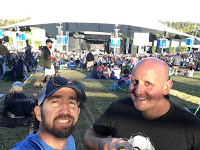