We’ve been back to Colorado and are just about wrapping up everything with our Subaru/Leave No Trace Zero Landfill Initiative Summer Tour (giving back our Outback Monday!!), but before I summarize the entire summer, let me focus on our 4 weeks in California. 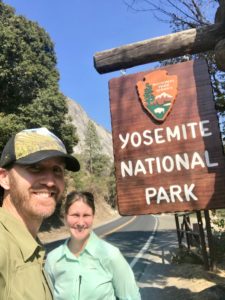 To go from Alaska to California was like night and day (literally??).

It rained the majority of our time in Alaska, while it did not rain a single drop in the 31 days we were in California.

Also, we weren’t used to darkness at 7:30. In fact, funny story. The first time we showed up in Yosemite was for an evening amphitheater program. When we arranged it so many months ago, I asked if it would be still light out from 8:30-9:30 (our program time) and the person said it would be getting dark. Given the waning summer and the fact we were in a valley, it actually ended up being pitch black. Luckily, we managed to still facilitate our program no problem with the help of some of our lanterns, etc, but it was kind of comical.

Lastly, Yosemite was quite different because it was a sea of selfie sticks, iPads, and Canons with bazooka lenses. Now, complaining that national parks are crowded is like complaining that airports are loud. But it threw us for a loop. The park is also more spread out than the other parks. Even though our work was concentrated in the “Valley,” it was still dizzying and it took us our whole trip to get our bearings (admittedly, we are directionally challenged).

Our tour culminated with a large event called “Facelift” and we were so happy to be involved. Facelift started 15 years ago by Ken Yager, a climber who was just tired of stepping over toilet paper. Here’s a funny video by The North Face telling Ken’s story. Anyway, Facelift is a huge cleanup event in Yosemite. Over the course of the 5-day event, 4,000 people collected more than 14,000 pounds of trash!!! The volunteers picked up everything from climbing equipment left high on the walls to cigarette butts. Since it is an annual event, the amount of trash almost seems unbelievable, but the park sees 4 million visitors a year and spans more than 700,000 acres, so I guess it is par for the course. 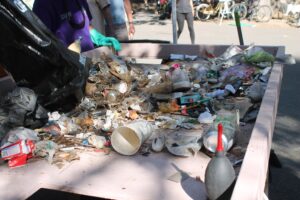 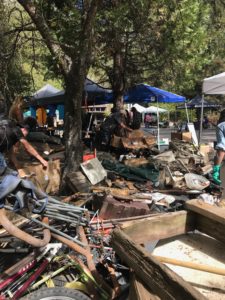 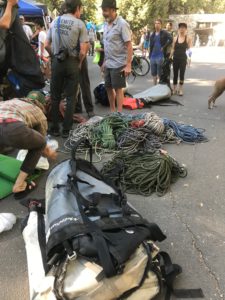 Since the event draws in a bunch of climbers, Ken was able to get TWO current climbing movie screenings–Free Solo & Dawn Wall–both of which had been filmed IN Yosemite!! Free Solo stars Alex Honnold, who climbed El Capitan (3000 feet) without ropes. Even if you are not a climber, you might have heard of Alex, who became famous when he climbed Half Dome (2000 feet) without ropes. He was on 60 Minutes & all sorts of other interviews maybe around 2011. The new movie, Free Solo, had barely been released, so we were lucky to see it early and even luckier than Alex was actually in the audience with us!! We’re all sitting there with sweaty palms watching, while Alex is cool as a cucumber. 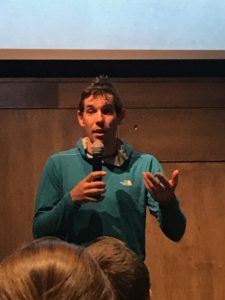 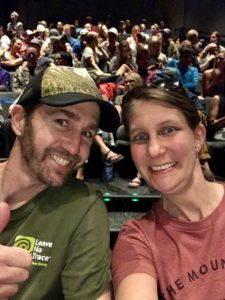 Another bonus in Yosemite was seeing friends & family! Justin’s Aunt Beth (who lives in the Tahoe area) drove in to visit with us and our thru hiker friends (who actually live in Qatar right now) were coming through on vacation. Oddly enough, we’ve “run into” Fern Toe & Thor all over the world, so I am not surprised to have caught up with them. 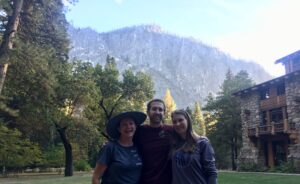 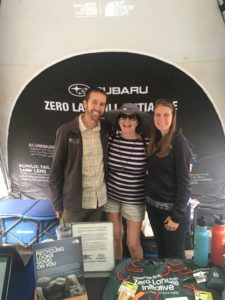 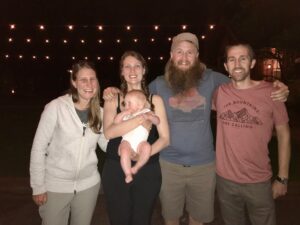 Anyway, our time in Yosemite flew by and here are the stats! 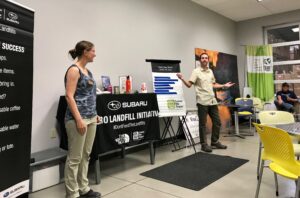 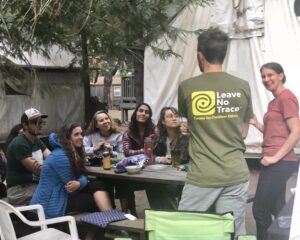 5,562 miles driven from Alaska to California to Denver

3 nights in a tent

27 nights in a bed (when someone offers you housing during your stay, you take it! And one of the places we stayed even had a full fridge & freezer!! It’s the little things in life … ) 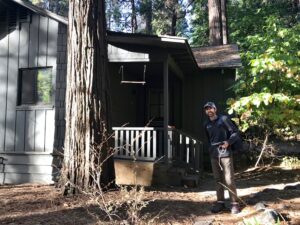 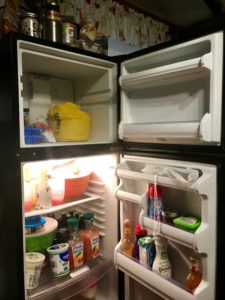 3 car washes (this time including actually wiping out the interior & vacuuming!)

2 blocks of ice for the cooler

Best Question Asked At Our Booth: When do they turn Yosemite Falls on? (It was dry the whole time we were there.) 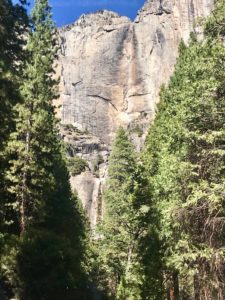 Food Waste for Compost Created: 22.3 lbs (compared with 6.7 lbs in AK and 2.2 lbs in WY; we ate A LOT of watermelon in CA, hence the higher number)

Virtually no wildlife, unless you count deer and ravens.