Hello from Mt. Hutt Hostel in Methven! We’ve only come 72 kilometers (46 miles) from Arthur’s Pass, and Methven is not even on the trail, but there’s a whole story for why we are here. 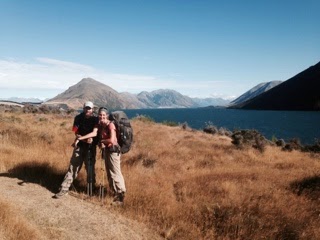 We are at kilometer 2228, which finishes at Lake Coleridge Lodge and the Rakaia River. Here’s the thing about the Rakaia River section. According to our trail notes, it is an official “hazard zone” of the Te Araroa. To quote:

“The Rakaia is a large braided River with unsettled shingle bed. Even in low flow, it is not possible to safely ford this river on foot. Don’t risk a foot crossing. Instead, go around the road in a vehicle. Doing so will not compromise the integrity of a through tramp.”

I’m fairly certain that most TA hikers skipped it and hitched around. We heeded the advice of others and did the same. So Wednesday morning, we picked up our resupply package at Lake Coleridge Lodge, plus a bonus card from Emily T. from Colorado who is following our blog! Hi Emily!! Thanks for the card and words of encouragement! 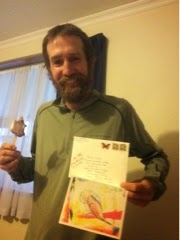 The ice cream did not come in the mail …

In any case, we had realized we didn’t send ourselves enough food to Lake Coleridge, and there are no stores there. So, we planned to hitch to Methven to hit a real grocery store, and this would be the best place to get the hitch around the Rakaia River. Our hitch to Methven ended up being from a Hi-Tec (our shoe sponsor) connection! Hi-Tec sponsors another TA hiker who we recently caught up with. 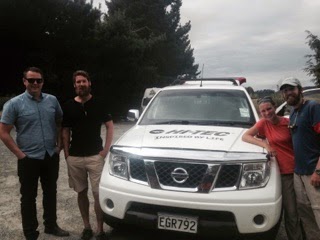 Thursday morning, we will “hitch” (we are paying, but J got a “deal”) with a school bus from Methven to the other side of the river and be back on the trail!

And now for a short summary of the past 3 days and 72 kilometers!

1) Wet and Wild Trail
Besides the Rakaia River, we are basically crossing rivers everyday. And when it is not via a swingbridge, it is via foot. Just the other day, we crossed several braids of the same river 21 times! 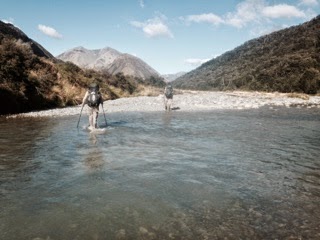 2) TA Hiker Bubbles
We are still hiking with Kevin, but almost everyday, we run into more and more TA hikers, both NOBOs and SOBOs. It makes for crowded huts and hostels … there were 12 of us in a 20-bunk hut the other day and there are 8 of us in Methven right now. But, it is fun to be able to exchange information! 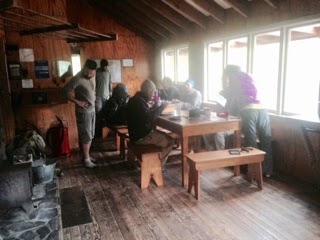 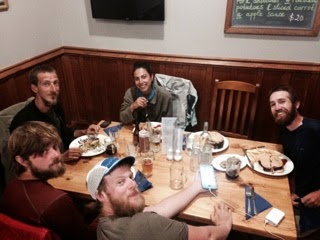 3) Road Walking
We are doing far less road walking on the South Island, but there has been a good bit in this section, 35K, to be exact. This is in addition to the 65K from previous sections. Not bad for the 400K we’ve walked already on the South Island. 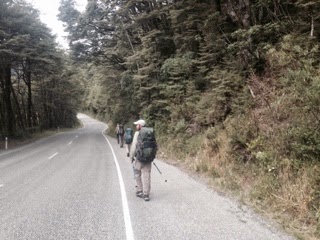 For some reason, we have seen a lot of underwear on the trail lately. Six pairs to be exact. The. We came upon this display on the road the other day. What the???

We’ve encountered new bird life! The kea, which is a mountain parrot. Cute, but apparently they also steal food from people!

That’s it for now! Probably another 7-8 days to another town. Wish us luck with the river crossings!