You are here:
I am happy to report that I feel a million times better than I did last week. Both physically and mentally! Seriously, I don’t know who hacked my blogger account and wrote that post …
Of course, I still have pulmonary embolism-related obsessions and worries.
Been trying to remember to take my blood-thinning therapy everyday (got myself one of those day-by-day pill boxes … 35 going on 60 years of age).
Been trying to ward off those people who are saying—in the interest of “everything happens for a reason”—that maybe I went through all this so I could get off my birth control and get pregnant (I assure you, that is not the answer for this homeless, wandering couple. Also advised by my doctor as a no-go unless I want more blood clots).
With that being said, been trying to figure out what we want to use for birth control and the V word has been tossed around multiple times, except that insurance currently doesn’t cover it (surprisingly, lots of friends are considering it too … let’s make it a party?).
Been on the phone numerous times with my insurance company getting details for future doctor appointments and deciding if maybe we need to change insurance to Obamacare before we commit to all my follow-up doctors.
Been exercising at least 4 times a week with a friend and feeling like my lungs are working!
Been doing research to make sure that next month, when we move to 10,000 feet for January and February, I’m not going to die (very little evidence out there, but here goes nothing).
Been still waiting to hear if we are hitting the road again with BP in March … please keep your fingers, toes and eyeballs crossed for us.

Still adjusting to living with my parents again after being out of this house for the last 15 years, but reveling in the benefits that come with it, like not paying rent and having the dishes magically disappear when they go in the sink. There’s that occasional frustration like needing to use their blender and finding one from circa 1970 that ought to be in a museum instead of in one’s cabinets.
We probably don’t give enough props to dirty Jerz. If we don’t poke our eyes out from the crazy amounts of traffic and heavy accents found here, we can admit we enjoy the diners, best pizza in the country, tricky trays, bagel sandwiches, the fact you don’t have to pump your own gas … but again, the best thing of all are the loads of friends and family here! 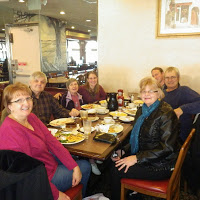 Family on my Dad’s side 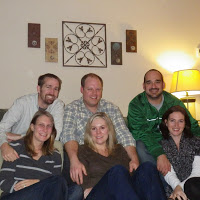 My girls from high school 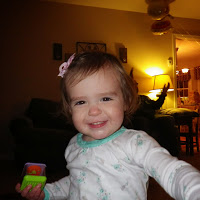